Re: Philly in July

John Heinz NWR is worth a look. Without a car, that's the only place I can think of that's worthwhile.

I would leave the headlamp on to focus, but I usually stop down a bit more f/16 and I usually shoot at iso 100. That's generally enough to completely drown out any light but my flash.

Re: Northeast in situ thread 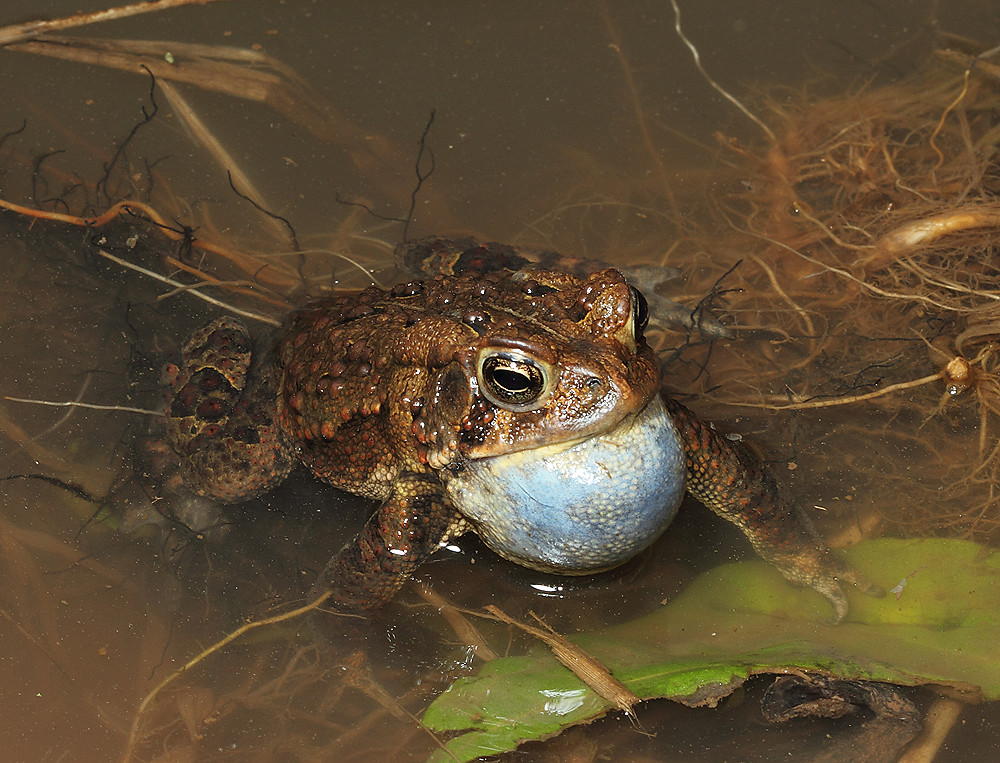 Re: It's been too long since we've had an in situ theme thre

Boxie in the middle of a sand road 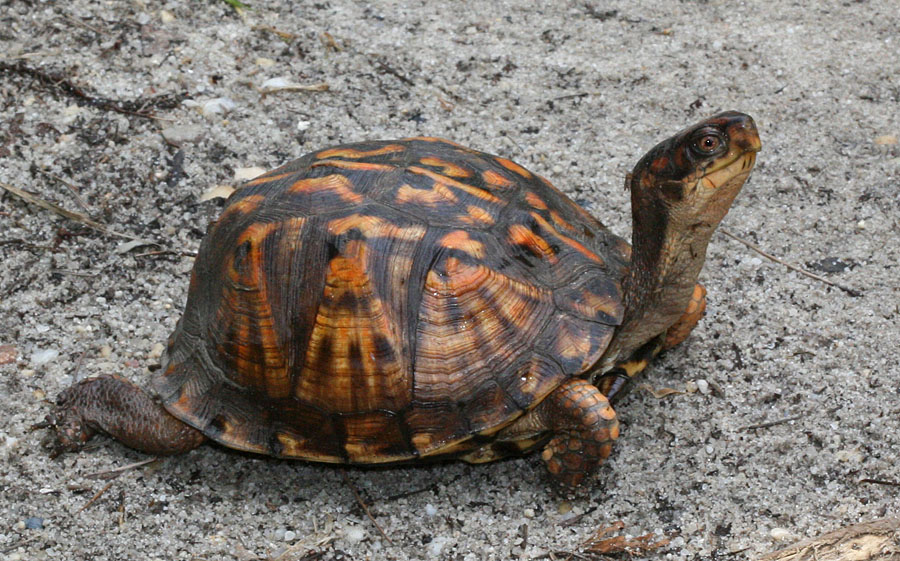 Re: Desert tortoise being used as scapegoat in Nevada confli

A 24-year-old article claiming grazing (artificially?) increases tortoise populations. Of course, it's a rancher apologetic, but it makes some interesting claims: BLM's conservative grazing management program is designed to restore ranges degraded by years of overuse by livestock. Restoring the ran...

Nice finds, especially the saugas. Actually pretty incredible for this time of year in Ontario.

No, unfortunately I didn't, and it's over an hour away so going back isn't really an option.

It was found in the middle of a trail, cause of death unknown. Earth snakes are abundant in Baltimore County in the exact same habitat, so I figured there's a good chance. Thanks for your help. I'll submit it to the database.

This was found in southeast PA. There are old records of Virginia valeriae from this location. I'm not sure how useful coloration is on a dead specimen such as this one though, and there's not much else to go on besides smooth scales. I didn't count scale rows. It was pretty gross. I can't eliminate...

A lot of it depends on what subjects you are going to be photographing most of the time. For full body shots of nonvenomous snakes a 50mm is definitely preferable. Even for large salamanders I sometimes wish I had a 50mm. But photographing those animals with a 100mm is still very doable, and much ea...

Re: It's been too long since we've had an in situ theme thre 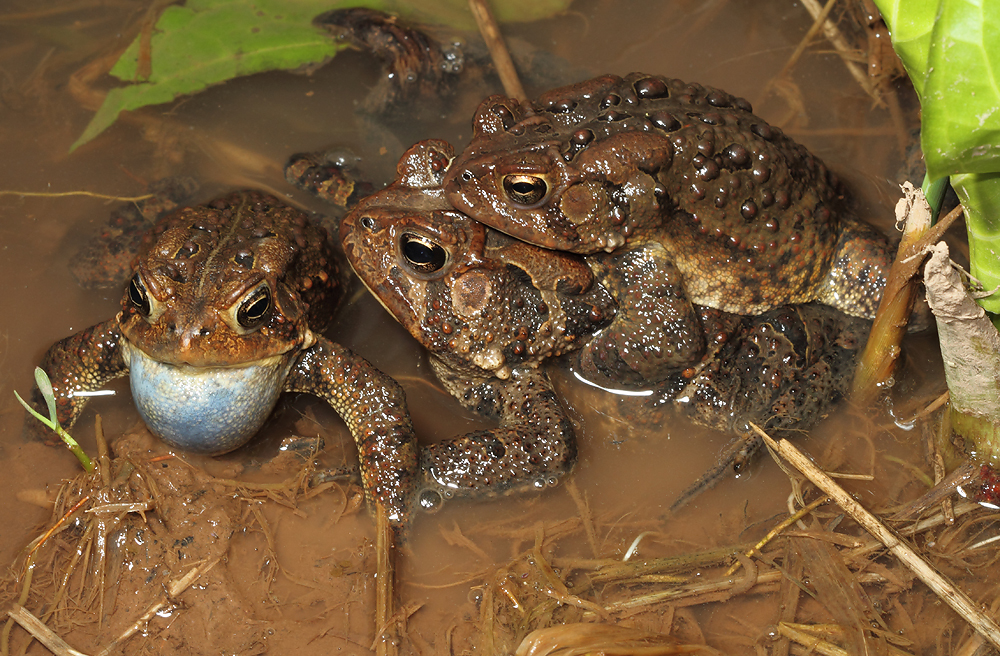 Is it worth looking for these guys in late July, or should I just forget about it? I know it is probably the worst time, but that is when I'll be in CA.

I'm 95% sure that the bird is a chipping sparrow. Your description of the song sounds about right. Congrats on the engagement.

Re: Northeast vs. California Chapter Contest

Darnit. I feel like I've actually seen enough redbacks to make up the difference but I just haven't taken pictures.

Re: In need of Delaware/Del-Mar-Va herping advice

kysnakeguy wrote:yea, ive seen more turtles in that lake than anywhere. so flipping cover would be my best bet, in that area what could i find under tin, boards ect in this area ????????

Literally every species of snake or lizard found on Delmarva could be found that way, except maybe Rough Greens.

Re: In need of Delaware/Del-Mar-Va herping advice

Flipping rocks would be good, I guess, but I'm not sure I've ever seen a rock in that part of Delaware. You'll have better luck flipping crap that people dump by the side of the road. Cruising is good for amphibians but it's not gonna be a very efficient way to find most snakes. Kings are pretty com...

Re: ATTENTION ALL MEMBERS- New Poll on Main Forum

I think Pyson is actually the one to PM. I have to do this literally every time I want to vote in a poll.

Re: Just curious about something on PAherp site

Jason may be along eventually, and he may be able to give you more info on that specific record, but the maps use a combination of museum records and records submitted by herpers to the PA Herp Atlas. That record could be a 100+ year old museum record so they could be long gone by now.

Awesome post, Matt and sweet beard. :D Let me know if when you are gonna be around the Maryland area again. I found a rarely seen MD snake that you will be VERY interested in knowing about. Sadly, it was DOR, but it'd be great to search the area looking for others. What was it? Matt's probably not ...

Re: The 2010 NAFHA Trip Review Thread

Glad to hear you guys had another good day today. I guess I'll get this started with a couple pics. Because of the rain and also because of laziness (more of the latter), I really only took pictures of my lifers. Even then, I still failed to get a decent photo of a Cricket Frog which was a lifer, th...

Not sure if you're aware of this or not, but if you're walking through wetlands with Bog Turtles present please make sure your boots and whatever else is thoroughly disinfected. Probably a good idea for any wetlands.

I would be, at least one of those days.

I don't see the price of spotted turtles ever coming anywhere close to 10 dollars regardless of how much captive breeding is permitted. Even if it comes down to 50 bucks or something like that, I think it might actually increase a poacher's incentive because it would be so much easier to sell your i...

I can't vote for some reason, but I would like to come. I have a couple spots down that way too.

I have nightmares about that sort of thing

I was hoping that I would eventually encounter a Brown Snake on my own, outside of the city, but in April I finally broke down and took a trip to the city. Ryan took me to one of his spots and it took some effort but we did manage to turn one up. http://farm5.static.flickr.com/4022/4487992679_7269f3...

This adult Northern Pine Snake was my favorite herp for the year. 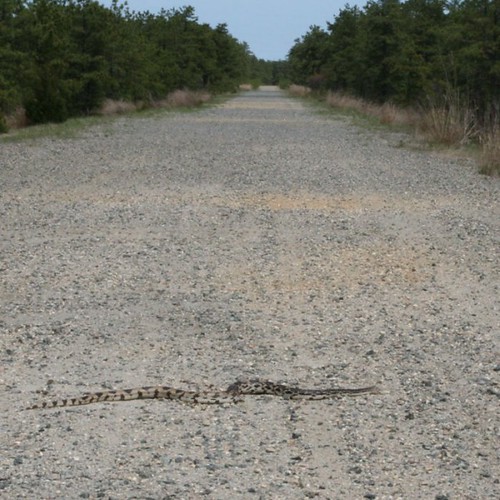 Re: Nominations for Northeast Chapter President

Two hybrids when there isn't a single species in PA that Longtails have ever been known to hybridize with seems pretty far-fetched. I don't think the face looks any different than a normal Longtail, except in the second picture which is kind of a weird angle.

They're Longtails, but I've never seen ones that look quite like that. Seems like it must be a pretty common variation in that population though. I'm assuming they were both from the same area?

The D. ocrophaeus complex all have rounded tails, unlike the one in the picture.

Yeah, if it was that big, I don't see what else it could be. The first one pictured has a really strongly keeled tail, more so than the second. If I had to guess, I would say Blackbelly for the first and Spotted Dusky for the second.

Where in Georgia were the salamanders found?

It's a 24 hour period, right? When does that period start?

If we can teach them to play hockey, we should be able to get them to replace their cover objects.
http://www.youtube.com/watch?v=nah3nMStXV4

That's a pretty cool shot. It looks like a flicker that he's eating.

They've been split into two species according to the database. These would be Western Fox Snakes (P. vulpina).

Yeah, looking at it again, I would say it's probably a Wood. I thought Monmouth county was pine barrens so I didn't even consider that originally, but after hearing the description of the habitat it seems pretty reasonable.

Yeah, it looks like there's a weak keel, but I wouldn't exactly be confident calling it a redbelly.
Search found 48 matches • Page 1 of 1