hopefully this is the beginning of a fairly wet winter...

nice post man, looks like you had a pretty good year. 6 hours and 18 miles nightwalking for a boa? that's true dedication lol. love the klauberi and pulchra as well. i need to make it down further south next year to see some of those hopefully.

nice post man, looks like you had a pretty good year. 6 hours and 18 miles nightwalking for a boa? that's true dedication lol. love the klauberi and pulchra as well. i need to make it down further south next year to see some of those hopefully.

great post man, love all the habitat shots. all nice finds but man i love that bugeyed house snake especially. that thing is cool looking.

yep, looks like a really good pattern change. fingers crossed for a "miracle march" or april. yeah great work up there nightdriver. :beer: i have some relatives that own property in mammoth and bishop so i usually go up that way a couple times a year (mostly to fish) but i haven't really done much proper herping, although i have come across a couple mountain garters and insignificant lizard ...

Re: Off the wall question regarding thirsty herps

cool video. i would try setting out the lid of a tupperware container or something with some water in it for a while. herps definitely seem to be good at sensing water. in my yard over the years i have seen snakes (mostly gophers and helleri) and lizards come out of seemingly nowhere to drink out of...

Amazing... everything. Thanks for making this post & sharing your pics. Australia would be number 1 on my list of foreign destinations for dream herp trips.

Awesome post man. Looks like you had a succesful fall. Love the pulchra, klauberi, and that pretty speck. both the pulchra and klauberi are 2 of my goals for this year but I think it's gonna be pretty hard if this drought keeps up.

Awesome post man. Looks like a pretty successful trip. That pic of the neo klauberi next to the lighter is crazy. I had no idea they were that small as babies.

I need to make it out there one of these days. Maybe next summer.

Re: Surf and Herp Summer Vacation 2013

Awesome stuff man. Looks like you had a successful and enjoyable summer. Those WA gophers are neat looking. :thumb: If you don't mind me asking, what rig and bait did you use to catch those leopard sharks and how do you fish it? Like do you just cast it past the surf and let it sit or do you reel in...

Great book Brian. You guys should get it if you haven't already. Lots of info on a wide range of species and some nice pics too. That red desert boa photographed by Fundad is freakin awesome.

hey, that looks like one of Fundad's boards... :o :lol: :lol: :lol: 8-) I saw this particular hill from the freeway. When I got there I only saw a couple boards and the rest was mostly random pieces of trash including a full exhaust system lol. If that sounds like one of your spots then PM me and I...

Got out for a little bit on Thanksgiving day and today. Couple kings, some ringnecks, and quite a few lethargic helleri. It's pretty dry and crunchy but our rainy season hasn't really gotten into full swing yet. Fingers crossed for a wet winter and not a repeat of the last 2 years. The herps need it...

Nice job on the ensatinas. I've been thinking about getting out these past few days looking for those in particular, especially with the rain we've gotten. The area I'm looking at in the San Gabes is 2,000 elevation and further west and a little inland (but still pretty much the coastal slope) from ...

Great job guys, that's awesome. :thumb: How many different herps did you guys have there? Did you do any herping after the reptile talk? Conditions looked interesting yesterday with the cloud cover and increased humidity. I can't get out due to family that's visiting but I did see a helleri in the y...

Man, that gopher is sweet looking. Nice one Craig.

Re: Salamandering the Northwest: 2013 edition

Awesome post man. Some cool salamanders in there and I dig the habitat shots.

That thing is bad ass John. Coolest non-coastal morph IMO. Gonna be interesting to see what it produces if you eventually breed it.

Re: The Pilbara, Western Australia

Freaking awesome man. I love those aussie pythons and the gecko diversity.

Re: Low Desert Cabazon To Blythe this weekend opinions?

Seems like it would have been almost too hot and dry for most desert areas this weekend. It was 80 degrees @ midnight in the high desert with not much wind either where I was at. I did see a live gopher snake and a scute, and 3 DOR of each last night though.

Re: Which snakes get hit by cars the most?

Last night was a tie between crotalus scutulatus and gopher snakes. Saw 3 of each DOR in the LA County desert area.

Re: Some recent desert finds from the past month or so!

Awesome... Love the speck and some of those boas you saw were real sweet looking. I didn't know WW had boas with that much gracia influence.

Nice find, that's a pretty looking one. Yesterday I saw 15 different horned lizards, 12 being seen on a quarter mile stretch of road while hiking. It's the most I've ever found in a single day personally. They're the coolest lizards in California, IMO. Some of them match the soil color and chaparral...

Re: Island subspecies of Rosy Boa

Interesting article, thanks for sharing. Cedros Island boas are the coolest looking Baja boas out there IMO. 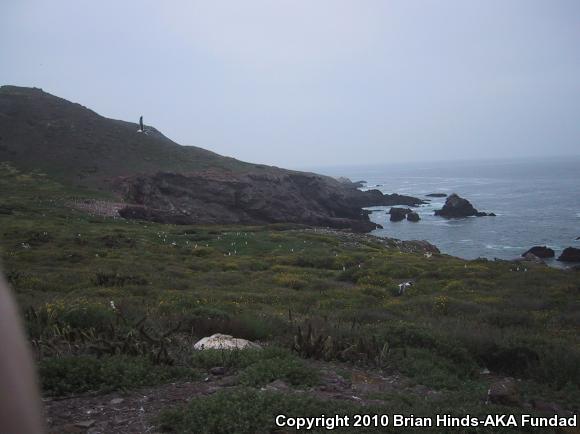 Did you see any Z's? That's pretty awesome you got to visit that island.

Re: Cruisin for a Bruisin

Nice post and pics, Jim and Robert. It was a fun outing with a great group of people. It was nice seeing some moisture under rocks and some good wildflower blooms for a dry year. I'd have to say my favorite part of the trip was flipping for the ensatinas in the morning. It was my first time seeing t...

Hey, just wondering if I could go? Sorry, I know it's last minute. If not, then it's no big deal. Just thought I'd try.