Thank everyone on here for the advice I got some gear and and happier with the photos I am getting in low light. Here is one I took earlier this month. 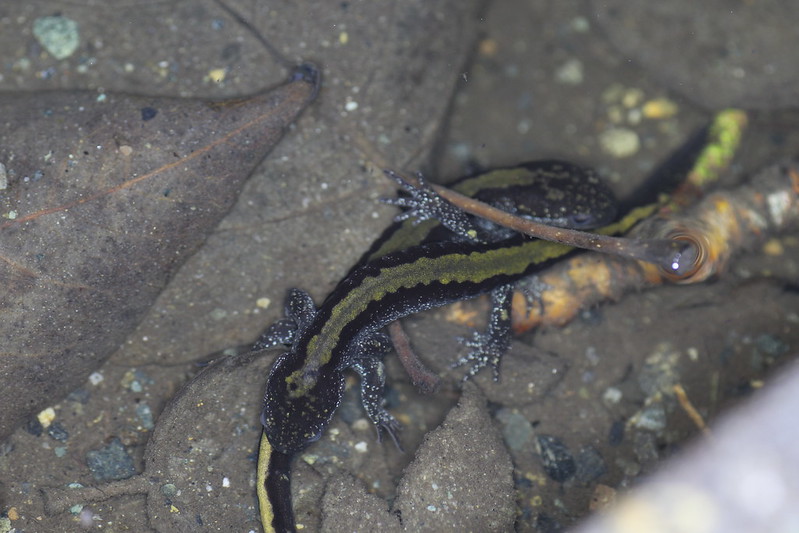 
Now I would like some input on taking photos of insects and other tiny things. I am looking for a setup that has powerful magnification (2-4x), reasonable working distance as to not scare them away and will not bankrupt me on my meager salary. I really don't want to buy something expensive and then realize it is not what I want. I am trying to get the max working distance with the most magnification for the best value.

Here are the four options that I am considering (am open to others or permutations of these as well). They all seem to have pros and cons, but seeking the advice of others before doing anything and seeing if there is one obvious clear choice that I am missing. I currently have a 90mm Tamron macro on a Canon body.

1.180mm Tamron Macro lens with several extensions tubes (~$620) but I could use this lens for other purposes as well

2. Canon 65 mm 1:5x Macro lens (~$950) only useful for this explicit purpose and expensive but gives up to 5x magnification. This lens seems to be one of kind in that I have seen nothing else even remotely similar to it in my searching.

3) My existing lens with 2x teleconverter and extension tubes (~$165)

4) Cheap reversed lens attached to my existing lens(<$100) I understand the general concept here, but I have very little experience in this area besides reading a bit about it on blogs etc and would have a bit of trouble choosing the exact lens to use without trying some out first.

#4 would be my choice on a budget. To use stacked lenses you'll need a male to male filter ring adapter with the appropriate size threads for the two lenses you want to stack. You mount one lens, (say your 90 macro), to the camera and then attach the other lens in reverse position onto the front of the 90 macro. With the camera mounted lens, (I'm going to assume you'd be using the 90 here), focused at infinity your magnification will be 90mm divided by the focal length of the stacked lens. So if you stack a 50mm lens you'll be at just over 2x, with a 24mm lens it would be just over 4x, etc. Of course you can achieve more magnification by focusing the 90 macro/stacked lens combo closer. Essentially what you are doing is turning the stacked lens into a multi element, very high quality diopter. One caveat though, you can't use Canon lenses, or many auto-focus lenses for that matter, as the stacked lens. The reason is that the stacked lens needs to have its aperture set wide-open and many lenses with electronic apertures wont let you do that when the lens is not attached to the camera. If you want to try this I would look for Nikon Series E lenses or Nikon's first generation af lenses, all off which have aperture rings you can set wide open and which have the added advantage of being fairly light weight, (you don't want to stress the 90 macro by attaching a heavy lens), and they're pretty cheap on the used market now. I don't know how working distance will be, but I would think a stacked lens combo would be far less cumbersome than using extension tubes, (especially for 4x). To get those sorts of magnifications with tubes you'll need to string a bunch of them together and every mount to mount surface will have some play. You might find the whole apparatus flexes quite a bit causing loss of electrical connections between lens and camera. If you really want to use extension for 4x I think a bellows might be a better solution.

#3 could be a pretty workable solution as well. I got good results years ago doing something similar to photograph developing frog eggs. Of course, if I were a Canon user and money were no object I'd go for the 65mm macro. That lens seems pretty sweet, but I don't know anything about its working distance. I would assume its pretty short, but really so is everything you're going to do at that magnification.
Top

Thank you very much bgorum, this is exactly the kind of input I was hoping for. My plan as of now (subject to change) is to try the reverse thing while accumulating funds for a 180mm macro and the 5x Canon lens. Just because there is so little downside if it doesn't work.

I think the cheap route is to either go with stacking a lens or with extension tubes. A couple of notes about both.

Stacking does present the problem of being able to control the aperture of the reversed lens. You can use manual lenses as previously stated. There are a lot of good cheap old manual focus lenses available but it is easier if you choose one with the same filter diameter as your main lens. Also, you can use an AF lens if you an old rear lens cap (the one that goes on the camera mount end) to open it. Many lens caps will automatically open the diaphragm blades when you put them on. They have a plastic that corresponds to the diagram level on the lens. When you put on the cap and turn it to lock it in place, it opens the diaphragm. If you take one of those old caps and cut out the center of it, it will still open the diaphragm but you will be able to shoot with it on the reversed lens. But it does add some extra length to the "front" of the reversed lens which at high magnifications can limit your subject distance.
Also, stacking make make focusing a bit of a pain.

Extension tubes are a much easier fix, IMHO. For $100 or so you can get a decent set of Kenko auto-extension tubes for your camera brand. These generally have three tubes that give you varying options up to a total of 12 + 20 + 36 = 68mm of total extension.

But you might not want to use them on a 180mm macro lens because that almost defeats the purpose.

Total magnification is roughly the lens focal length divided by the extension. Of course, you have to include the built in lens extension to that total.

If you put the same extension on your 90mm macro you have 1.75x magnification.

Need more magnification than that (really?)?

If you put the same extension on a 50mm 1:1 macro lens you 2.4x magnification. Of course, 2.4x magnification with your camera means you would fill the frame with something just over 9mm wide! You can zoom in to your shot beyond that to get just a single millimeter of subject in the frame.
Do you need more magnification than that?

If you want to go much beyond 2x magnification you are better off with something like the Canon MP-E or a set of auto-extension bellows. With a bellows you can get really high magnifications (10X+).
You can also get high magnifications by mounting a microscope objective directly to your camera, but that is more difficult to do and ends up being more expensive to do it well. There is a lot on line about this.

Of course, your subject distance would be very small with these shorter lenses.

So if I was you, I would spend $100 and buy the extension tubes. Play around with them with any of your lenses you have and see if they get you what you want. If not, go to the more expensive options.
Top

Thanks for the detailed response. I think 1.75-2.5 magnification range is what I am looking for. My estimate of 2-4 may have been a bit overkill, especially with the DOF and working distance tradeoffs. But I would like something where smaller flies, beetles and miniscule flowers (nearly) fill the frame.

Thanks for the clarification about the extension tubes with the 180mm. My line of thinking was that I could get more working distance to not scare arthropods away.

I have some extension tubes, I tried to sneak up on a few insects the last few weeks but I scared most of them away; there is a learning curve and a lot of patience require with the reduced working distance.

corey.raimond wrote:Thanks for the clarification about the extension tubes with the 180mm. My line of thinking was that I could get more working distance to not scare arthropods away.

You will get extra working distance with the longer lens, but your magnification improvement won't be much.

Don't overlook the added value of cropping. With modern sensors you can crop to the center 15-20% of your frame and still get an excellent image. So your 1:1 lens gives you the potential for 6:1 when cropped if not higher.

The reason I point this out is you can sometimes get better image quality from a 1:1 image on a nice sharp macro lens and crop down to 4:1 as opposed to getting a less sharp image using a reversed lens and getting to 4:1 uncropped.
Top

Here are some pics I took with the extension tubes: 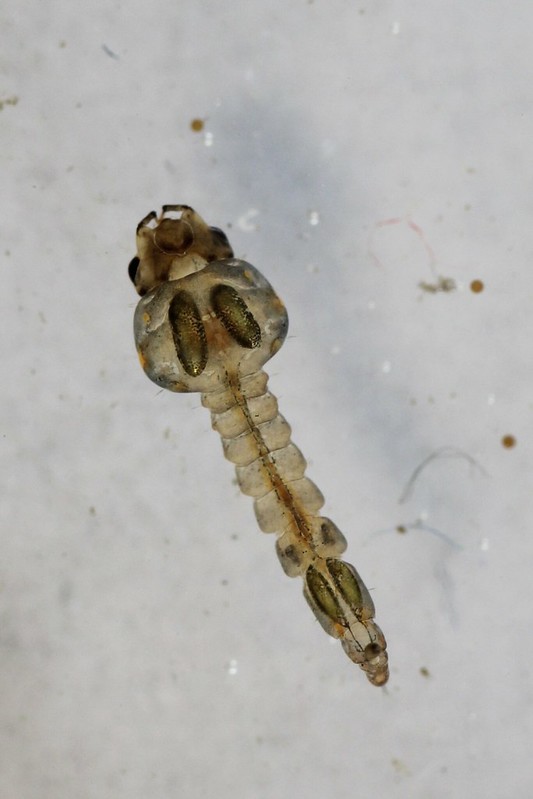 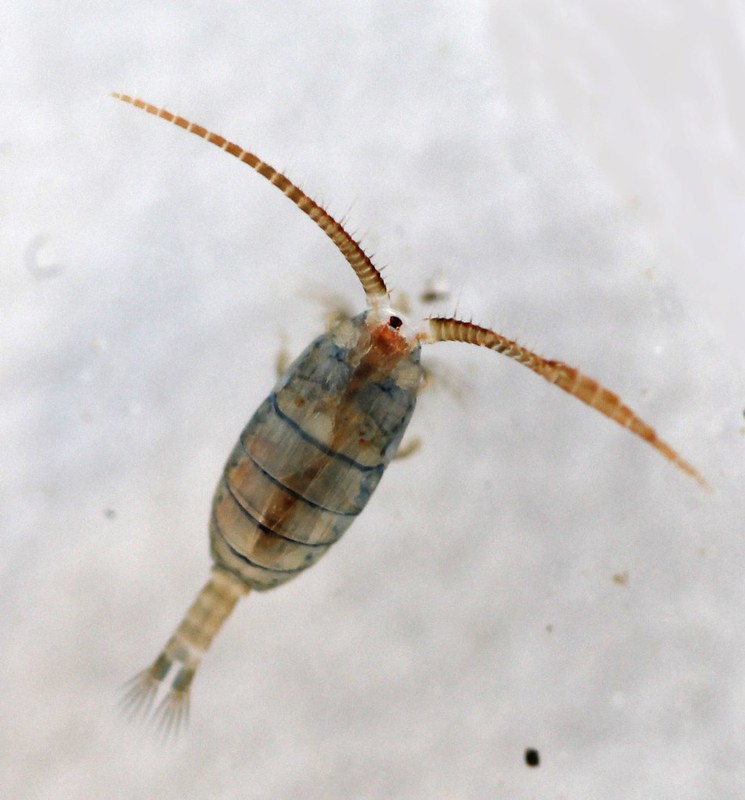 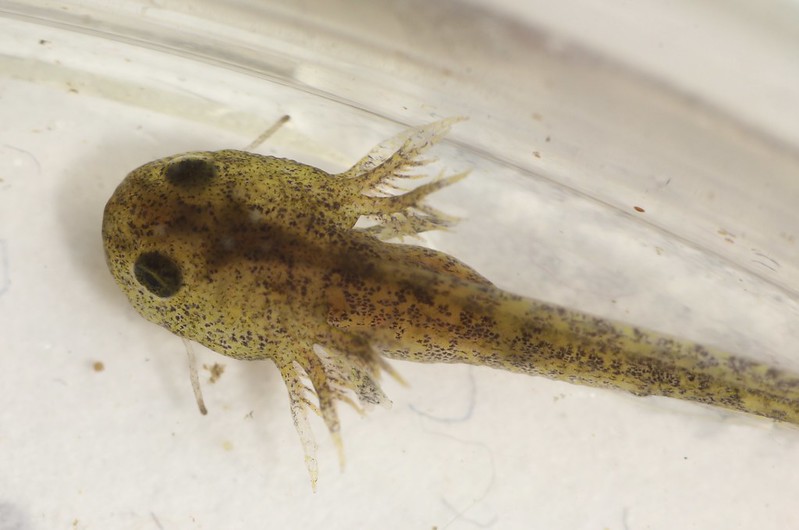 Thanks for the suggestions!

A word of caution, the higher the magnification, the smaller your depth of field becomes. Here is an example of the DOF at 1:1 magnification. 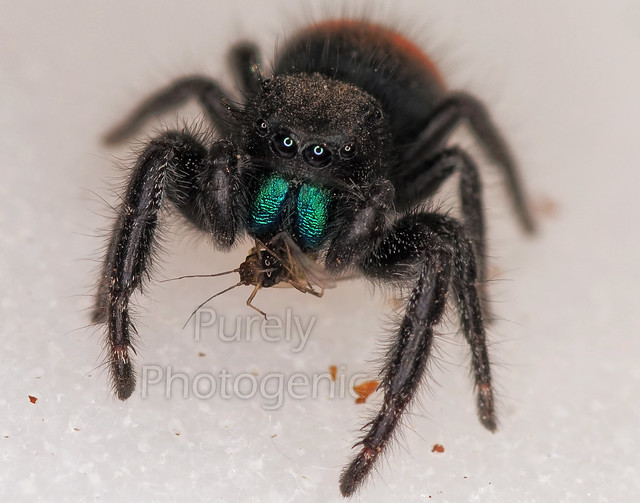 It took me quite awhile to get the hang of it, but I love my Canon mp-e 65mm. Depth of field is really shallow, but it's great for the tiny critters. It might be worth renting one before you buy. When I'm out in the field these days I usually bring it and my 100mm macro and use the mp-e for subjects under 2cm and the 100mm for subjects over 2cm. You will likely need a macro flash like a ring lite or twin lite (I have the twin lite) which will add $$$ to the price.