Hi, we will be in Panama next month and I am looking for any advice regarding the Pipeline Road. I have read bits and pieces but was looking for more practical info as well.

Any one visited the road. Any tips or pointers for staying overnight in the area or nearby. Is it 'doable' on a pedal cycle?

Thanks in advance, Rags.
Top

I was there twice. I hear there are a couple of expensive lodges and a reasonable guesthouse in Gamboa, which is at the beginning of the road. You can also camp on the road, although it's hot and potentially wet. I saw a couple on mountain bikes about 10k in, so it is doable. It is mostly rather flat, but there is a huge uphill about 8k in. The Pipeline Road was some of the best spot lighting I've ever seen. Just watch out for Fer-de Lance on the trails at night. 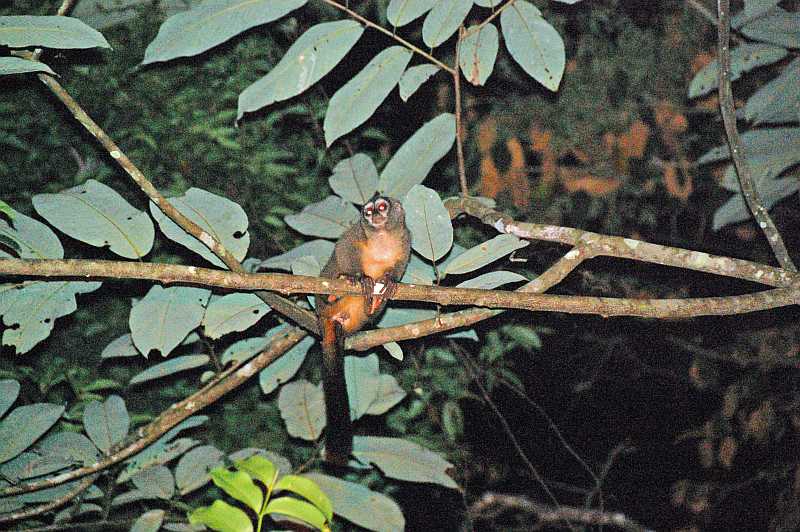 Pipeline road is do-able on a pedal bike if there isn't too much rain. It can be very muddy with deep ruts. There is also a long slow hill climb that might get old. It is tough in a 4x4 after some good rains. One day when we were walking it, a truck of American grad students pulled up and offered to drive us further back into the forest and picked us up a few hours later (in the pouring rain!).

When we were there, we stayed a couple of nights in a birding lodge called the Canopy Tower, which was amazing. It wasn't cheap and if you aren't into birding, it might not be worth it since it is all inclusive with guides, etc.. We also stayed a couple of nights at the Gamboa Rainforest Resort which is very nice and upscale. The advertised prices were somewhere in the $250 a night range, but we just walked in and asked how much a room would be. They quoted us around $200 a night and we said nevermind and started to walk out. They stopped us and we haggled the price down to $100 a night for a first class, four to five star room. I think they did it because they were mostly empty. $100 a night isn't cheap, but this was a REALLY nice room with a huge balcony overlooking the some forest, a kingsized bed, huge bathroom, etc.. You couldn't get a room this nice in the US for twice the price.

BTW - The gift shop at the Gamboa Rainforest Resort sold a CD of the local frog calls when we were there. They also have a small "zoo" but the herp house was under repair while we were there.

As for the pipeline road area, it is great but there are also some easily accessible trails (senderos) in the National Park just off the Gamboa road. We walked those at night as well as roadhunted the paved roads.
Top

Yeah I was there almost 2 years ago now, but I do remember there were a couple hostels or atleast a bed and breakfast in Gamboa which is really close. I had a few friends who rented bikes and biked pipeline road and had no trouble, it all depends on your physical fitness level, they were girls in their mid 20s and said it wasn't bad besides being extremely hot, then again I'm pretty sure their day work consisted of bushwhacking through the jungle... it was also dry then. But its definitely doable.


Gamboa Rainforest Resort which is very nice and upscale.

Yes it is, that place is huge and just seems so out of place in a small little town like Gamboa. Good breakfasts and a nice pool as well, you don't have to be a guest to make use of either of these. Well officially for the pool maybe you do but being a gringo has its advantages, no one will say anything if you act like you belong.
Top

Thanks very much for the replies, it was just the type of info I was hoping for.

Looking at the options, I'm thinking now of maybe cycling just part of the road, don't want to overdo it. Our accommodation will invariably be governed by what funds we have left when we reach the area. I must say a bit of Rainforest Resort Luxury sounds pretty good.

I am keen to see what birds the famous pipeline road has to offer but would have to say the chance to see douroucoulis would be towards the very top of my wish list.

Rags wrote:I am keen to see what birds the famous pipeline road has to offer but would have to say the chance to see douroucoulis would be towards the very top of my wish list.


My goal for that trip to Panama was to see the Night Monkey and Geoffroy's Tamarin. Both were relatively easy. The Night Monkeys were near some sort of canopy tour in the Pipeline Road. We were spotlighting with red lights, I don't know if that makes a difference.

Thanks Curtis. I'll keep an eye out for that spot.
Top
Post Reply
7 posts • Page 1 of 1