If you can help with this, I'd appreciate it......have been getting a few differing opinions elsewhere, so I thought it'd be fun if you guys could help too.
Thanks!
Pinellas county, FL. 2/16/14 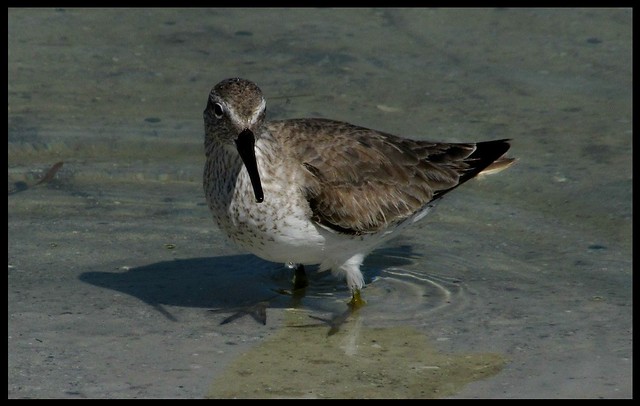 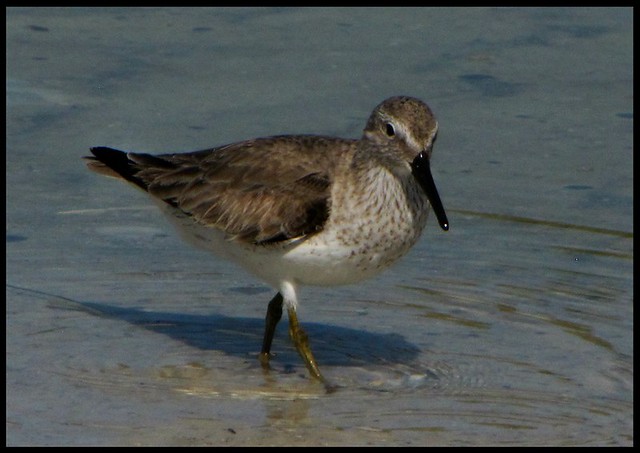 Red Knot. What else has been suggested?
Top

a few had said dunlin, one said stilt sandpiper, and another least sandpiper....
I lean towards red knot or dunlin.. I thought legs were wrong color for dunlin?

Shorebirds - kind of the deep end of the pool as far as learning bird ID goes! All 4 birds you mention are superficially the same grayish-whitish curve-billed sandpiper. The differences seem very subtle until you really get used to them. This one looks like a Knot to me as well.
Top

Thanks. Yeah, I'm finding out quickly that so many are quite similar, especially in non-breeding/juvenile colors etc.
I originally had red knot on the photo but like I said, had some other suggestions. Dunlin seemed closest of those. Like I said, I'm new to this (shorebird peeps) so..........

Dunlins have dark legs and aren't that "chunky" looking as Red Knots. They are also smaller. Now sparrows,.....they suck. I know the sparrow people tell me the same thing I just said above, but I don't believe it!
Top

Haha! I believe you Chris. And thanks for the help. In the short amount of time I've paid attn. to any of them, I have noticed small differences in their mannerisms, etc. I just need to i.d. which one is doing which!