What was your last lifer?...

Yesterday I was happily surprised to see both a male and a female Vermillion Flycatcher! I only got a picture of the male though:

I also just want to say, this is such a great thread. Let's try to keep it running as long as we can!
Top

Get out of my head!

Jared, yes, and in my defense as a non-chaser, the Phalarope was in my city and the previous reported Red-necked Grebe was between my house and my parents. The Sabine's was luck. I was just birding the lakefront and when I stopped at the powerplant a who's who of Lake Erie gull watchers was there and told me a Sabine's was seen.

Tim, I also saw my lifer Vermillion Flycatcher in southern Florida. An drab juvenile. I have been lucky enough to see them since then in full adult color in S. Texas.

14 nov. We went to hunt for a new bird sp for Sweden. The bird I´m talking about is The Dusky Thrush - Turdus eunomus.
We did arrive 7 a'clock in the morning and in about 10 min we did see it for the first time. Then it show it self for about 10 mor times during the day. It was my nr 284 sp in Sweden. So yes I´m happy. 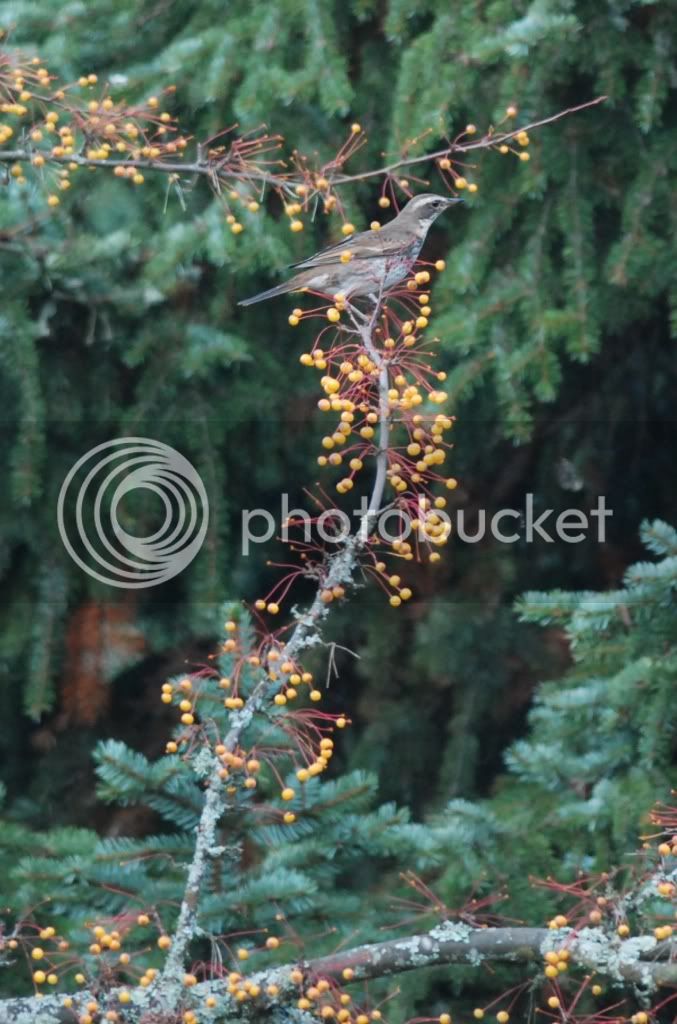 Pomarine Jaeger, on Lake Erie off the coast of Cleveland. This is my 5 lifer this year in Ohio, not bad for only pulling 1 total life bird from anywhere last year.
Top

I think I had seen these before, but never ID'd them or recorded them.

I don't keep track of everything anymore (I move around too much to keep up with ID's), but the last one I'm sure of was a small flock of Oriental Pied Hornbills in late August. I think I must have seen at least one lifer in British Columbia the last couple months, but I can't recall anything that I hadn't already seen before.
Top

Nice job on the Snowy. I'm hoping to see one this year as well. 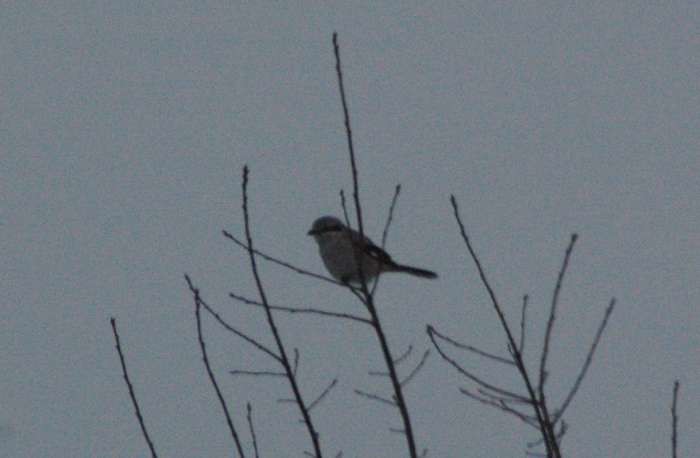 California Gnatcatcher, Ventura County. Possibly that most northerly birds of this species. I finally went out and grabbed it after 20+ years. Took one hour of careful searching in Coastal Sage Scrub with Prickly Pear. Neat little birds, much more distinctive than I had though.
Top

Here are some crappy pictures. 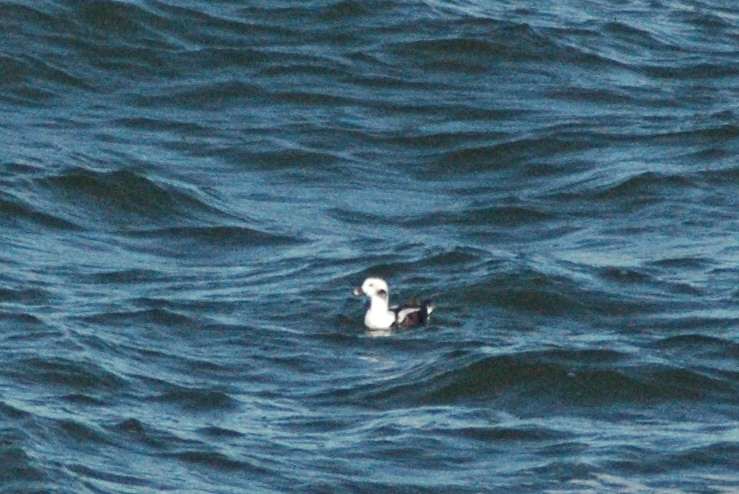 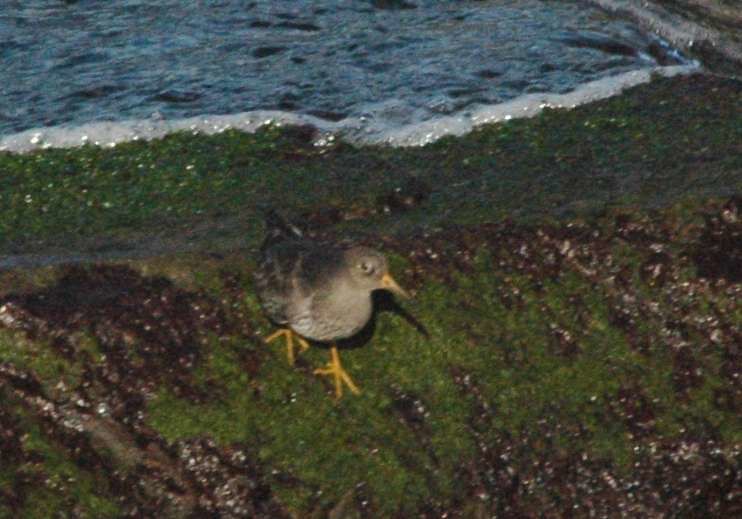 Tim did you take these photos while in prison? I was wondering why we hadn't seen much activity on the forum from you.

Dell Despain wrote:Tim did you take these photos while in prison? I was wondering why we hadn't seen much activity on the forum from you.

Those birds were probably sitting on the great Florida Keys Fence. Gotta keep out those Cubans.
Top

So later in the year my goal was to get my US only lifelist up to 400 native birds. I had a pretty good run through the fall but it brought me to 399. Well today, after 2 other unsuccessful trips I finally saw a darn Black-tailed Gull for 400! Typically an Asian species, but there has been one hanging out here in NE Ohio for the past month or more.

Rufus-capped Warbler
wish I had gotten a better shot...
Top 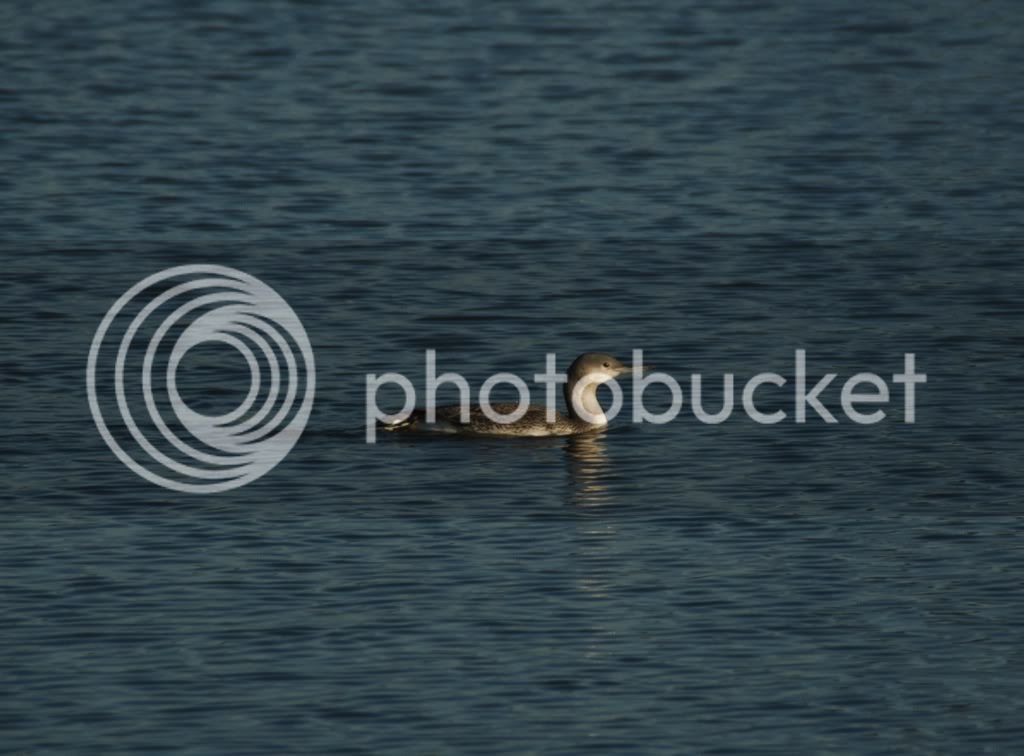 Of course this was only the last of my 193 lifers I got in two weeks in Ecuador. Ecuador birds photo post to come....
Top

Latest lifers (from the past 2 weeks) all from the Everglades:
Reddish Heron
Common Yellowthroat
Yellow-throated Warbler
Downy Woodpecker
Yellow-bellied Sapsucker
Red-breasted Merganser
And depending on your stance as it being a vaild sp. or ssp.- Great White Heron

I never payed much attention to the birds of North America until late 2011, now it's like everything I see is a lifer- it's Great!

Black-legged Kittiwake. Not a lifer exactly, but a new US (537) bird and TX (461) bird. I had seen this species on its nesting grounds in the UK back in the 80s.

This bird has been hanging around on South Padre Island, TX for several weeks now. It is quite approachable. Strange place for a bird of the far north to spend the winter but there are usually one or two in our state each year. I just never made the trip to see them before.

I wish it wasn't so dark where they were so I could have gotten better. Neat birds, kind of towhee like in their actions.

Chris--love that second kittiwake shot. Shows well the black nuchal collar and the black "M" in the wings.

Chris and Hunter--I hate you both for living in warmer, more species-rich climes.
Top

Saw this Male Northern Harrier yesterday in Santa Clara Co. Really bad pics, but it was pretty far away and very windy. I had never thought I would see one of these here, nice surprise. Ill go back and try to get better pics if it is still around next week. I ran outta time yesterday.
Nick

Glaucous Gull on the Upper TX Coast. I'm glad someone pointed it out for me! 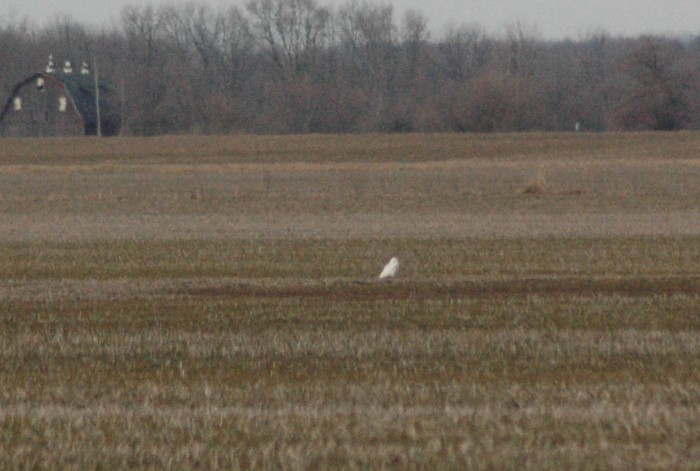 That one oughta' get some traffic.
Good one, Pete!

Shane_TX wrote:Glaucous Gull on the Upper TX Coast. I'm glad someone pointed it out for me!

That's funny. I've seen Glaucous Gulls a couple of times on the UTC, but the first time someone had to point it out to me as well.

Latest Lifer for me (and a very good I might say!!)

My first lifer ever was a Nerodia Sipedon, when I was five. My last lifer was a spotted salamander.
Top 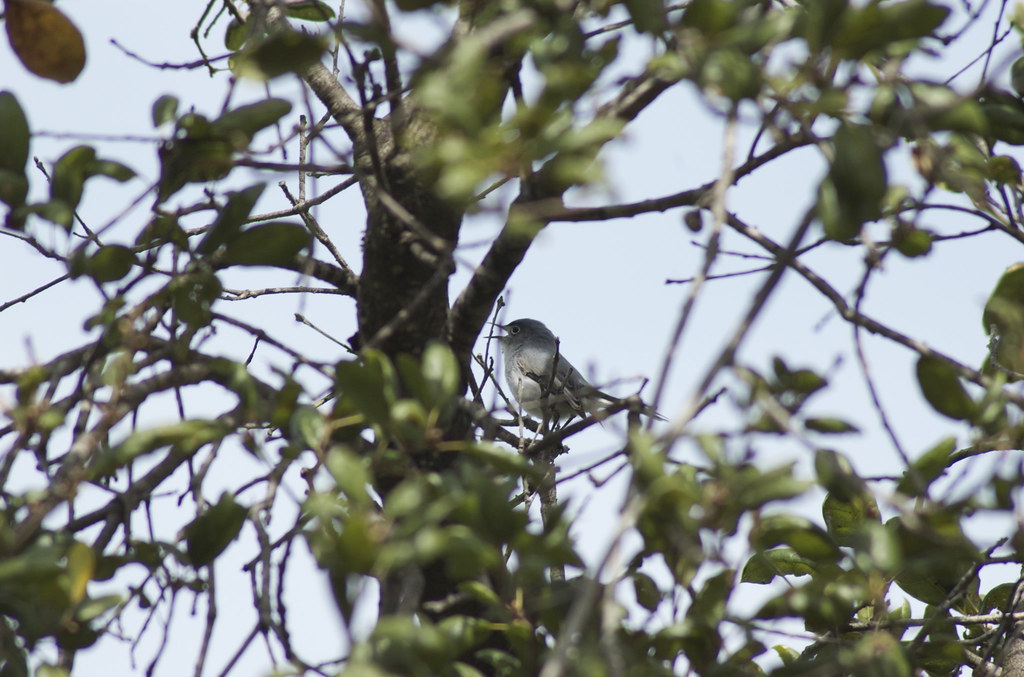 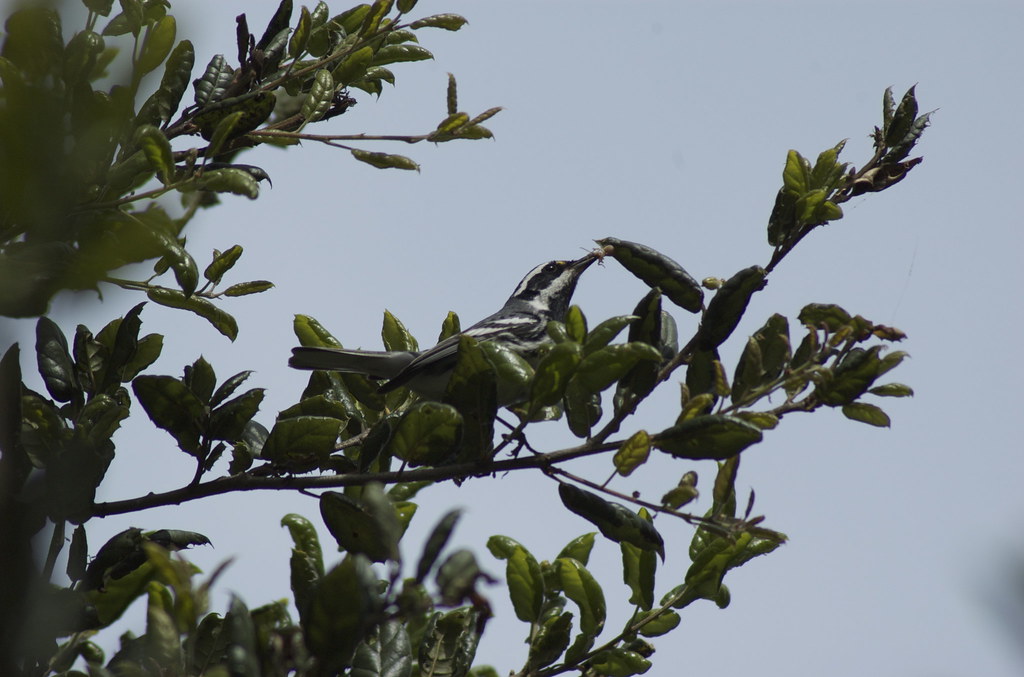 Yesterday I did get a new lifter that I have wanted to see fora long time now. This time I did get a chans...The Great Grey Owl or Lapland Owl (Strix nebulosa) was not far away from home..so off I went and after ½ h drive and 30 min walk he was ther, right infront of me.....What more can I say then it was a very happy moment.

New lifter today...after about 2 H tracking then I saw 2 males and one female of Ring Ouzel (Turdus torquatus) .
I´m so happy because I have tried to see this bird for about 5 years naw and everytime I miss the bird with 5 min or more.
/Freddy
Top

Freddy81:
Congratulations on the Great Grey Owl, and the awesome photo too.
I tried for a Great Grey a couple of times without luck. It's nice to see your photo, and remind myself I need to keep trying for that big owl. 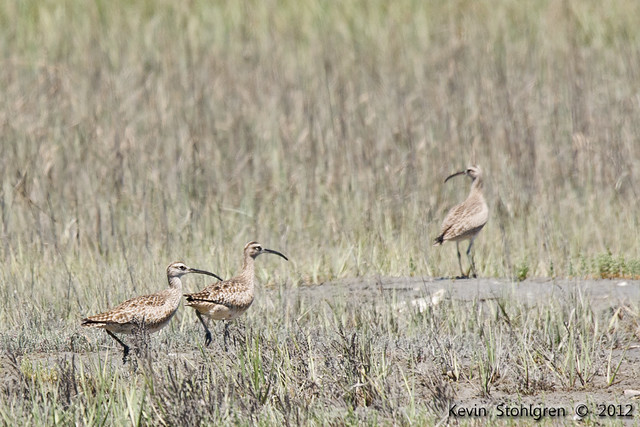 Accidental in the city I live in. It showed up on Saturday and I just missed it two times. Very frustrating, but it showed up again today and I saw it for two minutes before it flew high into a woodlot. Now there are no more Phoebe's for me to see.
Top

I can´t say anymore then that I´m a happy man right now...Sweden have done it again....yesterday I did get a call from a mate that he is just looking at a Black-winged Kite (Elanus caeruleus)....so I just stoped with everything and jump into a car with 2 other people...we spent about 3 h drive to the location.....and yes ther it was. This is nr 2 fore Sweden.
Sorry for bad photo....but everybody do have to respect the bird...and stay about 150 meters from it. But hey...I´m happy.