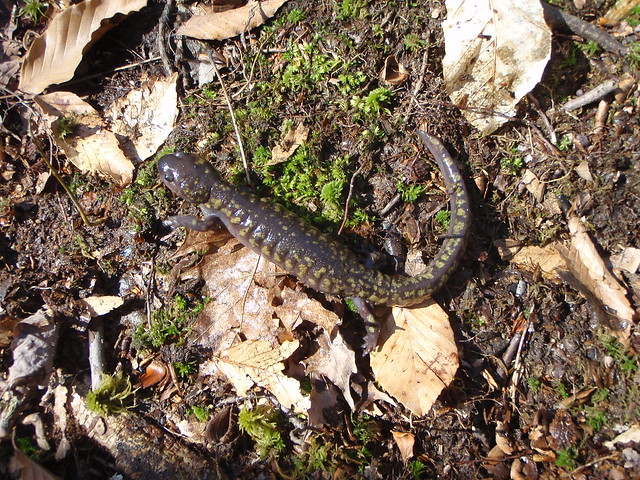 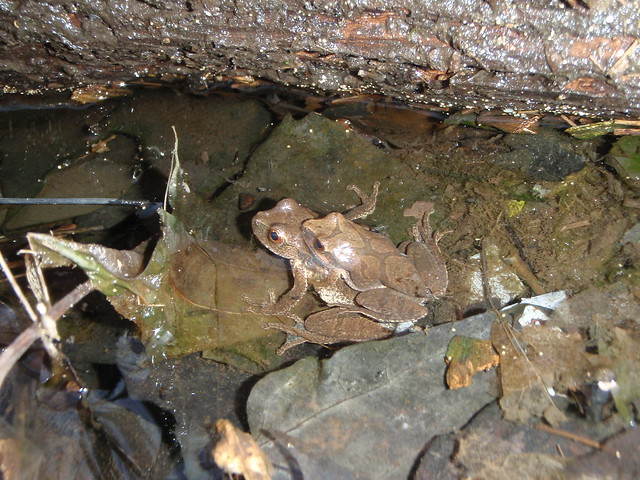 pipiens and sylvaticus getting down 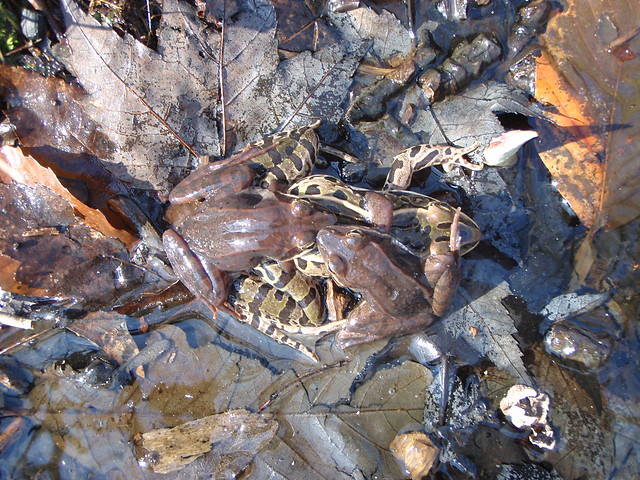 can you guess who's the meat in this sandwich? 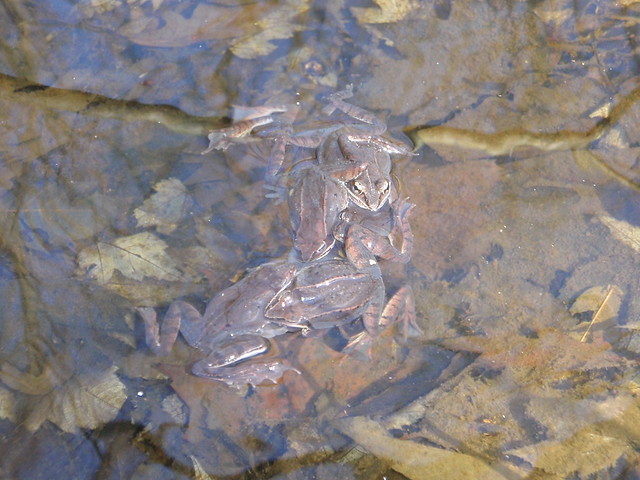 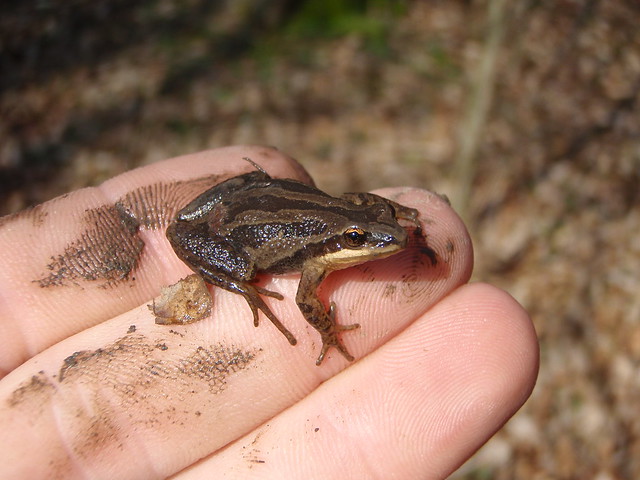 That is a wacky looking Spotted, probably the end result of its mother being raped by Wood Frogs. One day I will find a Western Chorus Frog in my county.

Where's the turtle pictures though?
Top

Haaa! Haven't gotten out to track down any turtles yet and I figured pictures of captives was cheating. They are definitely active right now. I'd like to get out this week though.

I never heard chorus frogs until I got out here and now they are everywhere. I didn't think it was possible but they actually outnumber the peepers.
Top

Andy Avram wrote:That is a wacky looking Spotted, probably the end result of its mother being raped by Wood Frogs

LOL!!! I think I'm starting to get a better idea of just why they're called "wood" frogs