ok, so i've been going through pics and reminiscing. i've noticed a distinct pattern to all of my timber shots. two black dots on the top of the head. also, faint wider spots behind. any thoughts as to what they are or why? they seem too symmetrical along the spinal chord to be just an anomaly. like i said, i have other snakes that show the same. could these spots serve a function? are they just cosmetic? if they serve a function, the only thought i have is a potential photo sensor for light. 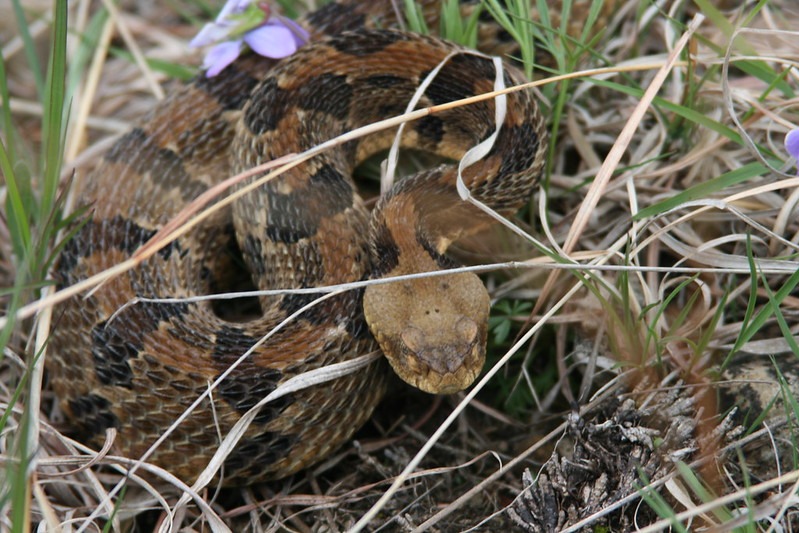 I'm not sure of function... if any, but copperheads have them as well. 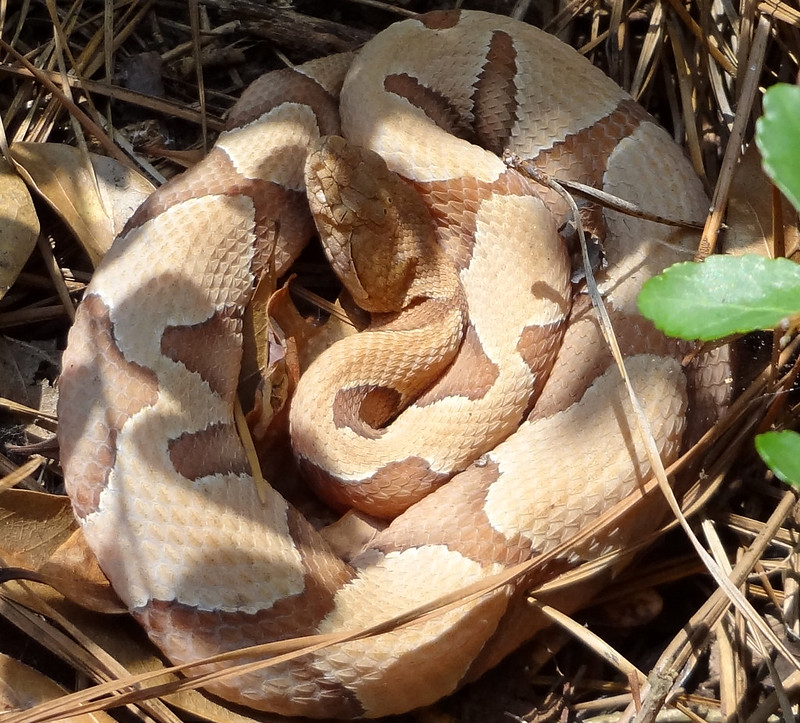 Yeah i've noticed that in garter snakes too. It's probably just random pigmentation, or at least thats all i've made of it. of course the garter snakes don't have those lighter spots behind... maybe it's meant to spook anything looking down at it into thinking the spots are its eyes and it's looking up at the predator or somethin.

Soopaman wrote:I'm not sure of function... if any, but copperheads have them as well.

The presence of the two dots is a great indicator you have a copperhead as opposed to a skink.

didn't realize coppers had them too. the "eye spot" thought is a good one. the symmetry just seems too precise for the spots to be cosmetic.

anybody have pics of this in cottons. how bout other crotes?

muskiemagnet wrote:... the symmetry just seems too precise for the spots to be cosmetic.

anybody have pics of this in cottons. how bout other crotes?


The bilateral symmetry during development is why they are so precisely symmetrical. Their entire head shares the same symmetry.

I don't think cottonmouths have the spots, and I know for sure that WDBs do not. I was checking one out that was on display at a nature center in Houston, and specifically looked for the spots.
Top

I couldn't remember if it had brought up once or twice before. Lots of stuff is brought up again after the crash though.
Top

Actually, the majority of juvenile cottonmouths I've examined in Kentucky, do have parietal spots. And I would think most individuals from TX would as well. BTW, the spots act as a defensive scheme for potential predators attacking. This a theory.

Seems like a pretty crappy defense mechanism to distract the predator away from the head - to the head...
Top

The defense theory doesn't make sense to me either. I suspect something relative to the parietal eye as seen in iguanids and some other herps. I also think I've seen it on more snake species than ones I haven't seen it on, not just crotalids.
Top
Post Reply
12 posts • Page 1 of 1