I plan to be in the USVI for a little while early next month. Can anybody tell me what I should expect to see or go look for?

I don't know how mobile I am going to be, so what could I expect to find around a resort complex?

Thanks in advance.
Top

Lots of anoles. A. cristatellus wileyae were fairly common there. Also, try shining around plants at night for small frogs. Snorkeling can produce sea turtles, as well as the the beautiful marine life the islands have to offer. Have a great time and take lots of pictures!
Top

captainjack0000 wrote:I plan to be in the USVI for a little while early next month. Can anybody tell me what I should expect to see or go look for?

I don't know how mobile I am going to be, so what could I expect to find around a resort complex?

Depending upon which island you're on your most likely finds will be Anolis sp. (cristellatus will be hard to miss but also look out for situlus and pulchellus). You'll probably also see mabouiya skinks, ameiva and green iguana.

If you want to make more effort try to find some damp leaf litter to flip and you're in with a shot at the endemic blind snake and/or some sphaeros. Snorkelling in St John should guarantee you at least one sp. of sea turtle.

Alsophis and Arrhyton are pretty much a chance find you may or may not connect with in scrub areas. The endemic tree boa is very much doable if you find the right minor US virgin island - sadly I can't tell you which it is cos I don't know but contacting someone at St John NP may help.

Lastly the Anegada Ground Iguana is very hard in the wild on Anegada especially daytripping but very very easy if you can sort out a night on Guana Island. Good hunting. 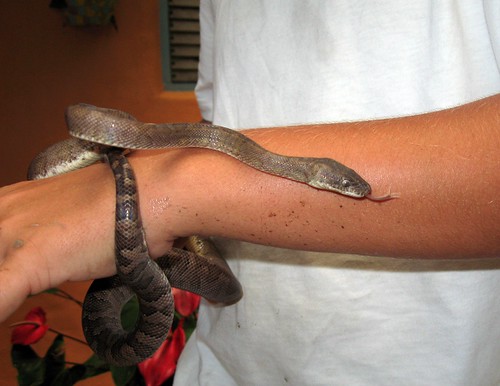 I visited St. John here are photos of what I saw

I didn't see any snakes, but did see the virgin islands amphisbaena. Crested anoles are everywhere. If you look closely you can find Sphaerodactylus in leaf litter. You should be able to see some frogs if you go out at night.

Make sure you check out this website before you go. It is an excellent reference for Caribbean herping (until the book is finished!)

Thank you. I am excited as I leave very, very soon. I'll be sure to post anything that I find. Even common stuff as I find it all exciting.
Top

Lots of Iguana were around. Even a few nesting and laying eggs. 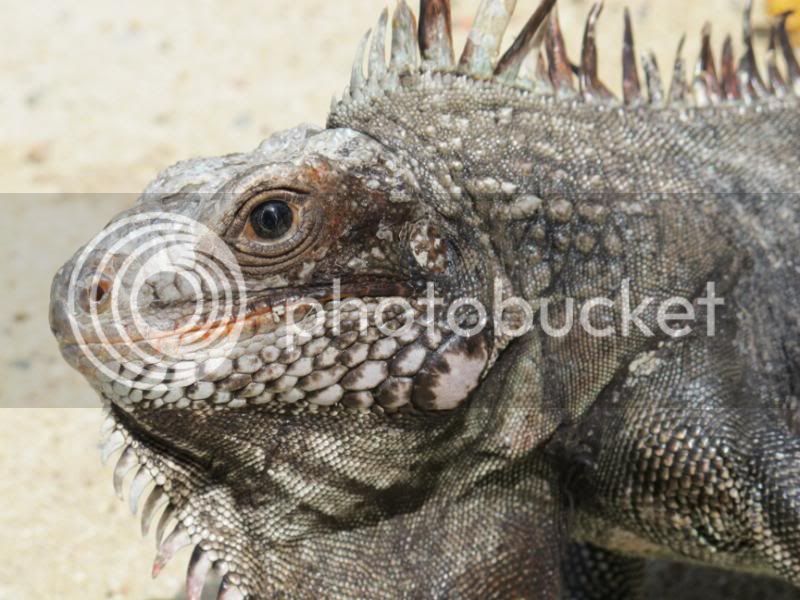 This one had lost his/her tail. I think it was a A. cristatellus, but I'm not 100%.
Could it just be a Anolis sagrei? Are they even in the Virgin Islands? I'm sure it was not A. pulchellus or A. stratulus. What does everybody think?

I also found, on the last day as I was dragging my suitcase to the airport, a dead Bahiminy Blind Snake on the sidewalk.

There were several birds too. 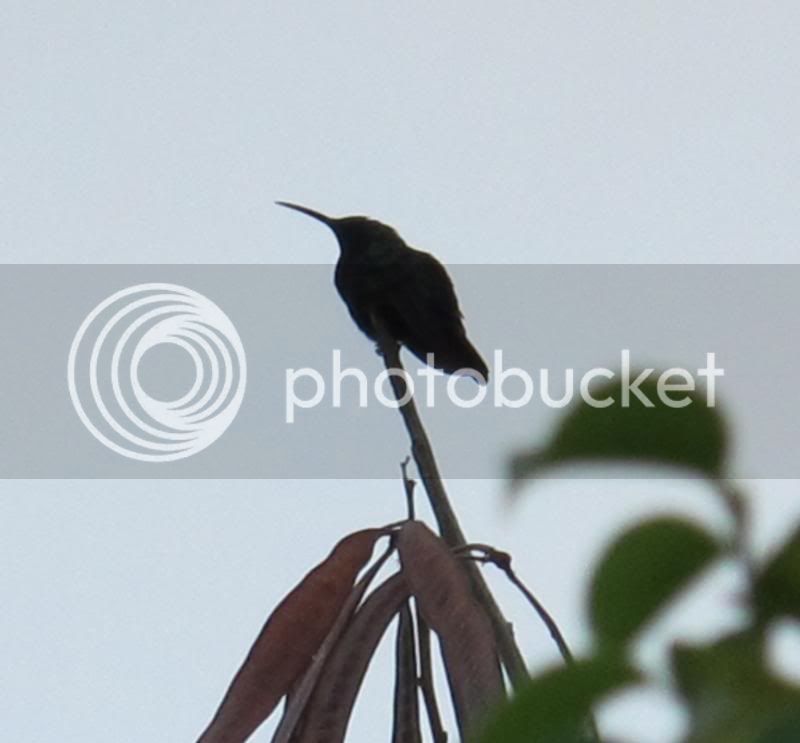 Oh yeah, and the No Animals Allowed Chicken. It made me chuckle.

This caterpillar (I don't know the type)

And a quick moving millipede.

That's all I got.