The recent rains have confirmed the existence of California Tiger Salamanders in the Elkhorn watershed. A neighbor posted a photo on facebook. After nailing down that location, we went out in the last two rainstorms. Tonight 49 animals were found, including lots of road kills. We helped several off the road. I photographed a few and thought I would share so you all can also marvel at the diversity of dorsal patterns among these animals. Enjoy. 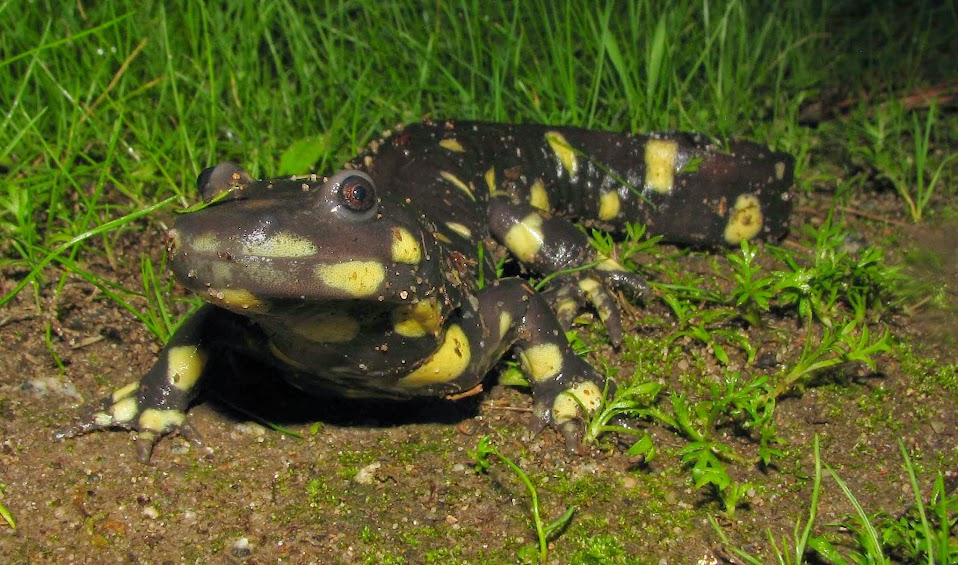 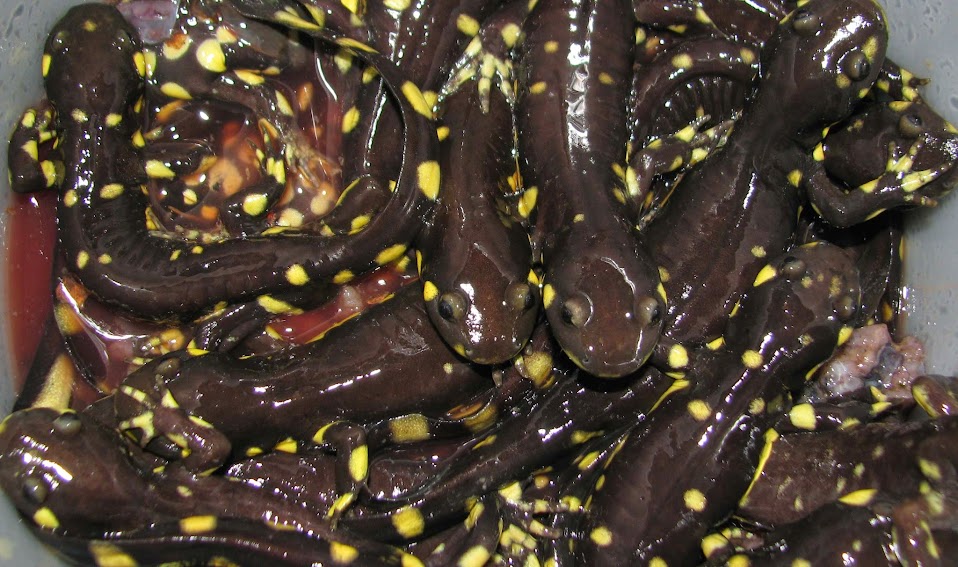 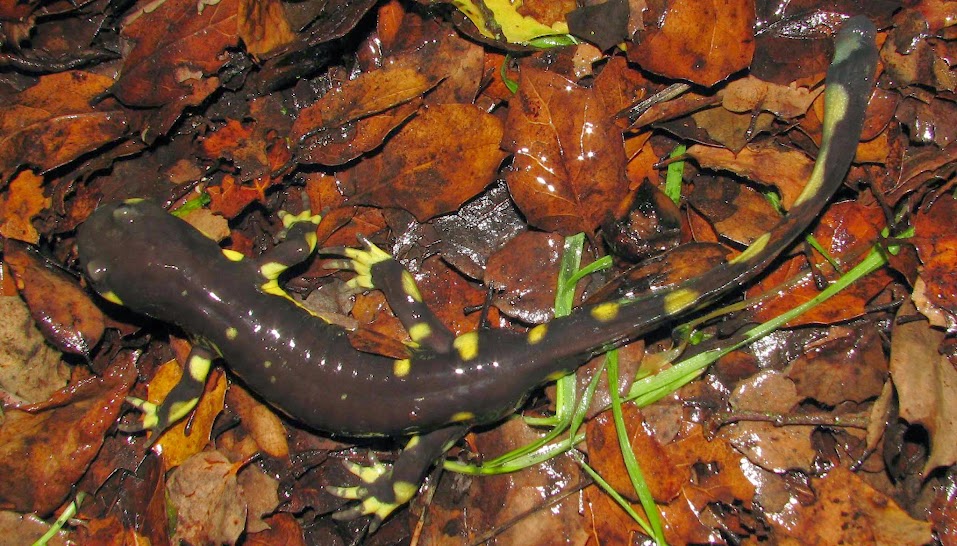 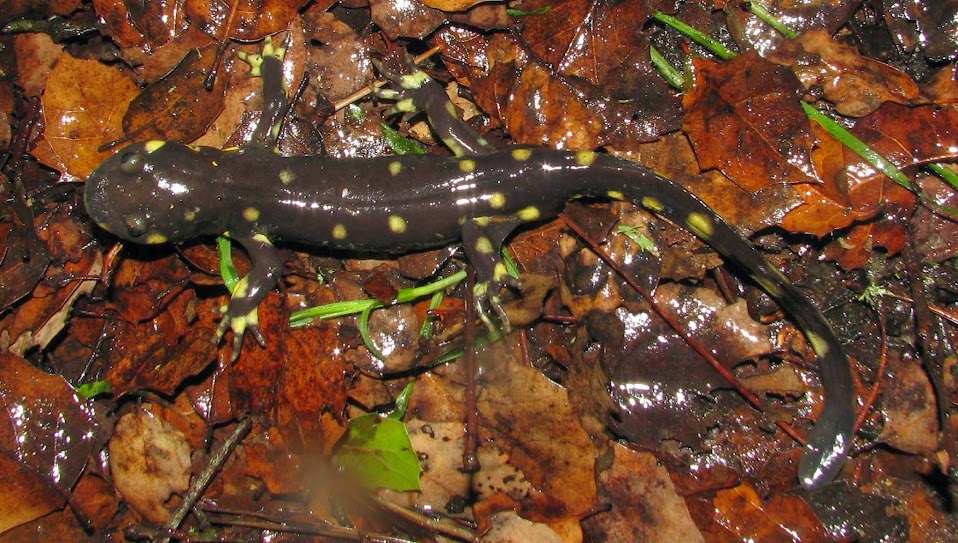 Thank You for sharing it with us..

So awesome Dave! I was happy to see a few tonight but 49 is unreal! That first shot is great.
-Elliot
Top

I must also say that it's a seasoned resource manager who doesn't stay out a little longer to make it an even 50...

So beautiful... Thanks!
Top

Wow! pretty little guys too.. And good to hear about their hangin on in good numbers
Top

Very nice night, you had there. … skunked again on the Eryops, I see.

Derek, I think I would be running the opposite direction from that beast. 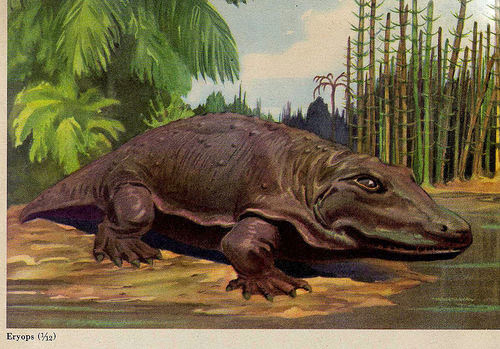 Looking at those legs, I think sauntering might suffice. It's like a cross between a Dicamp and a corgi.

JAMAUGHN wrote:Looking at those legs, I think sauntering might suffice. It's like a cross between a Dicamp and a corgi.

Well, if it were a Corgi x Arboreal, I think that I would run 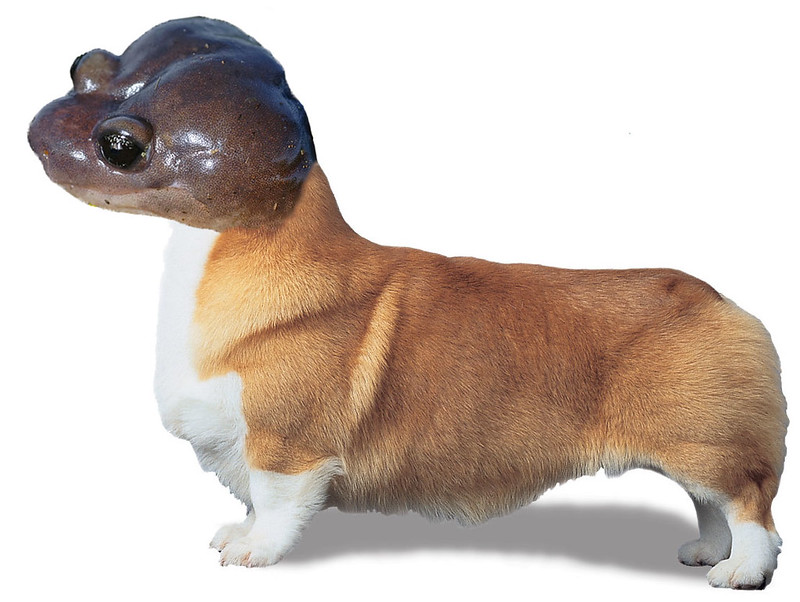 thats awesome! would love to find a bucket o' manders !

I thought I would take this opportunity to describe a project we built at the Elkhorn Slough Reserve. We haven't had standing water on the surface for four years due to the drought. We embarked on a project to construct ponds and install pond liners to hold water more efficiently. We also devised ways to capture rain water and store it for future use. This particular pond captures water from the roof of a residence and along approximately 200 feet of road. The water is captured through gutters and pipelines and ends up in large storage tanks. For example, last night's two tenths of an inch of rain resulted in 1200 gallons of water in the storage tanks.

The pond liner being installed: 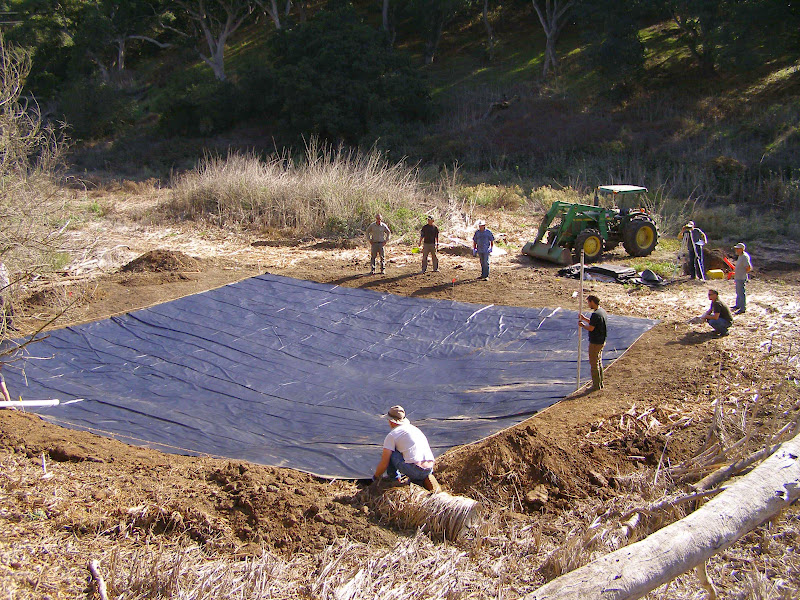 The completed pond a couple of months later: 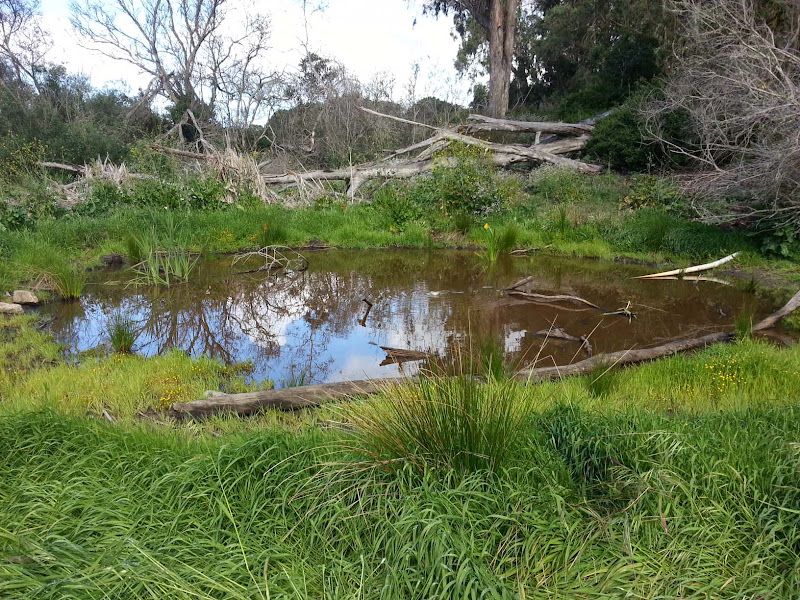 The pond turned out beautifully and we were able to capture water in the December rains that stimulated the surface movement of Tiger Salamanders as documented in the original post. Those sightings were about a half mile away.

As many of you know, Barred Salamanders were released in the Salinas Valley many years ago, they bred with our native California Tiger Salamander and their hybrid progeny have expanded their range in the area. We were interested in learning if these animals possessed introduced alleles from Barred Salamanders. Since we are currently conducting California Tiger Salamander workshops this week, it was a good opportunity for the experts to take some samples and get them down to Brad Schaefer's lab down at UCLA.

This morning we went to the pond and quickly captured several amphibian larvae:

Here is an example of a Santa Cruz Long-toed Salamander larva. Note the long toes. 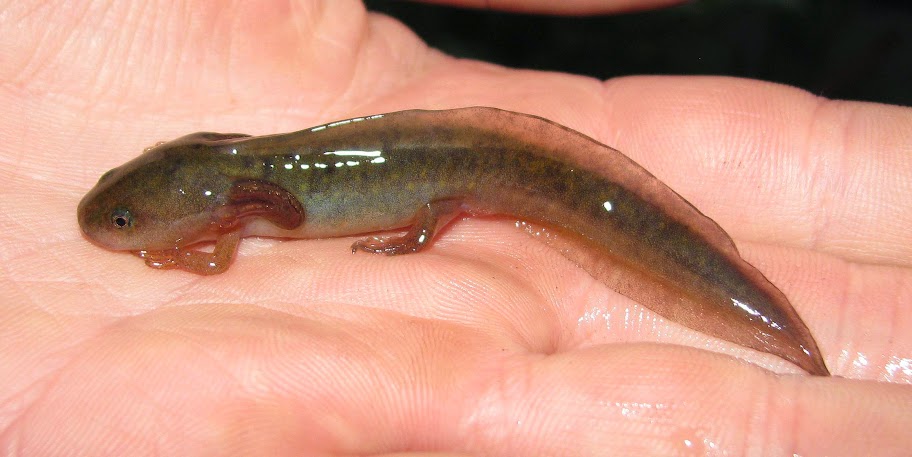 I tried to photograph it in a ziplock bag: 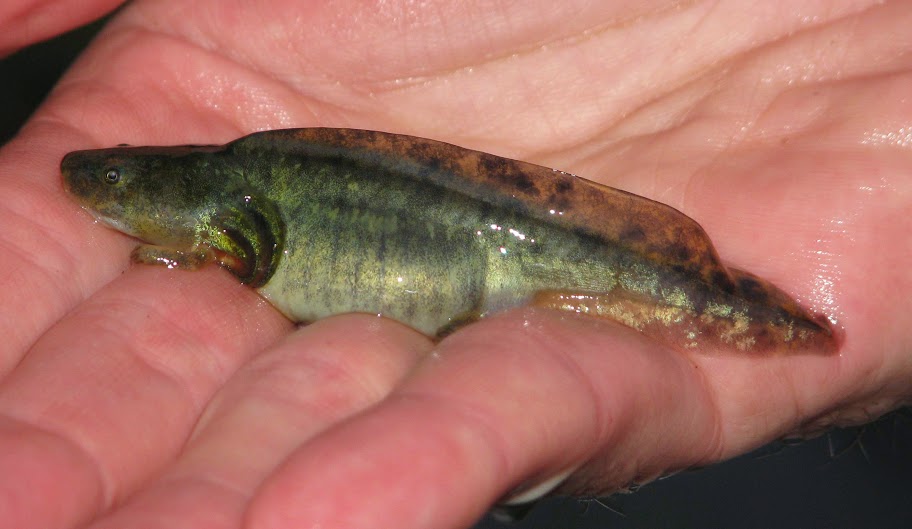 The crew got to work collecting the tissue samples: 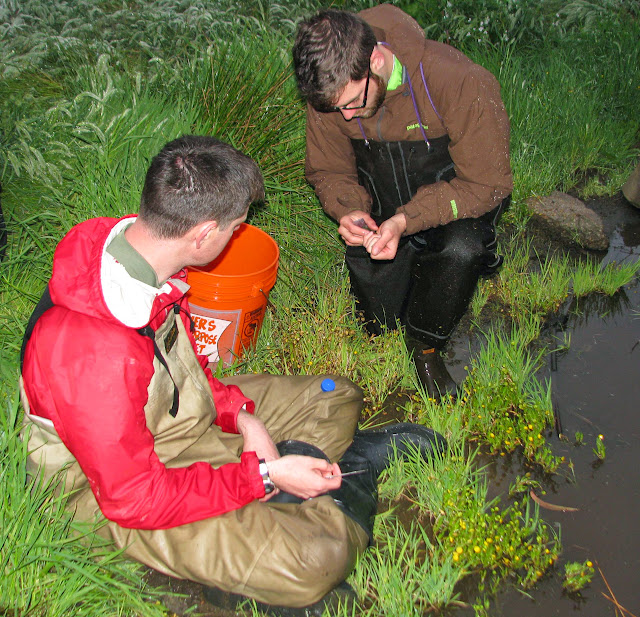 Each animal was measured: 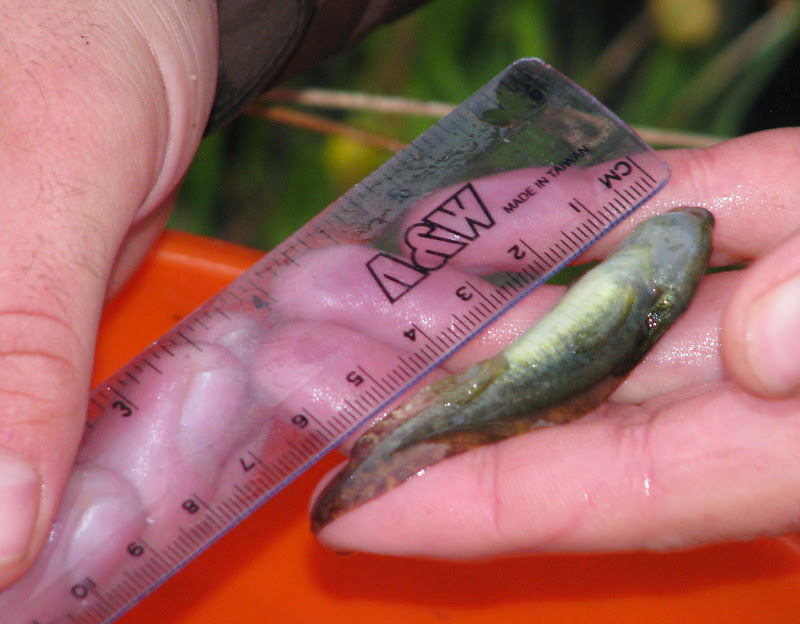 A tissue sample was taken from the tip of the tail. 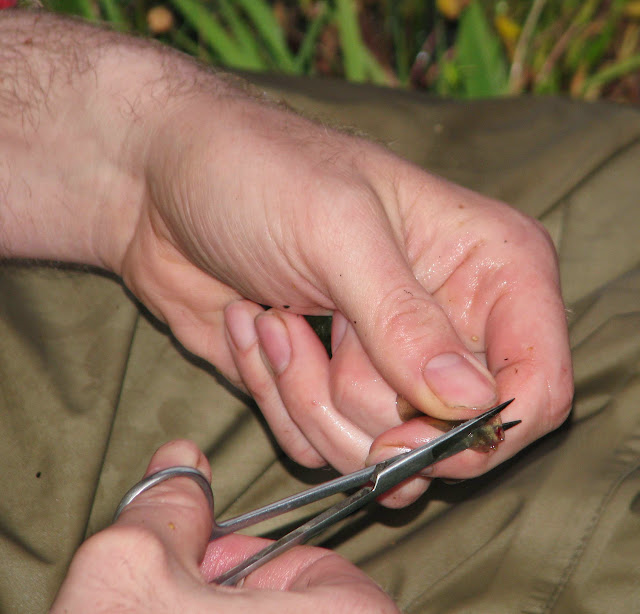 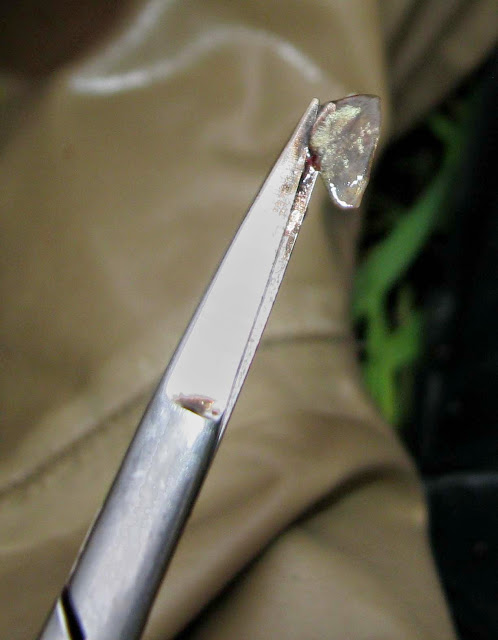 And then each animal was released. 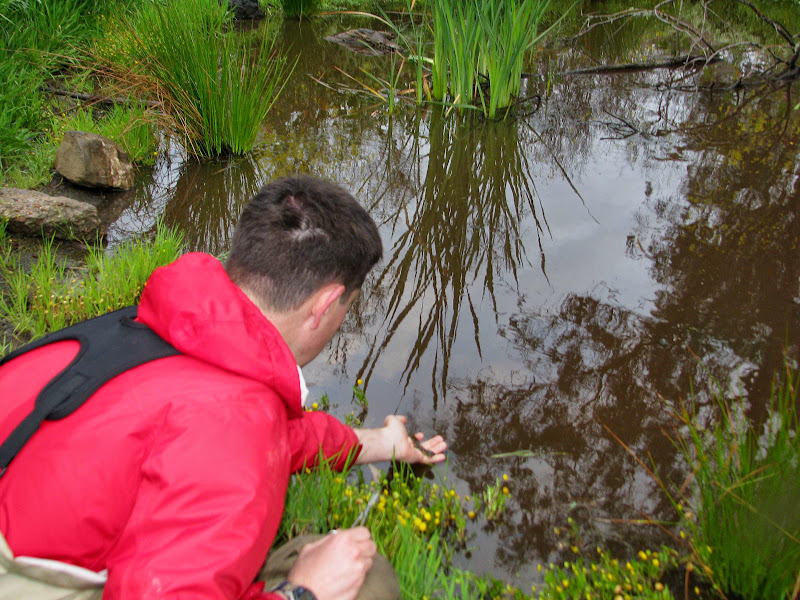 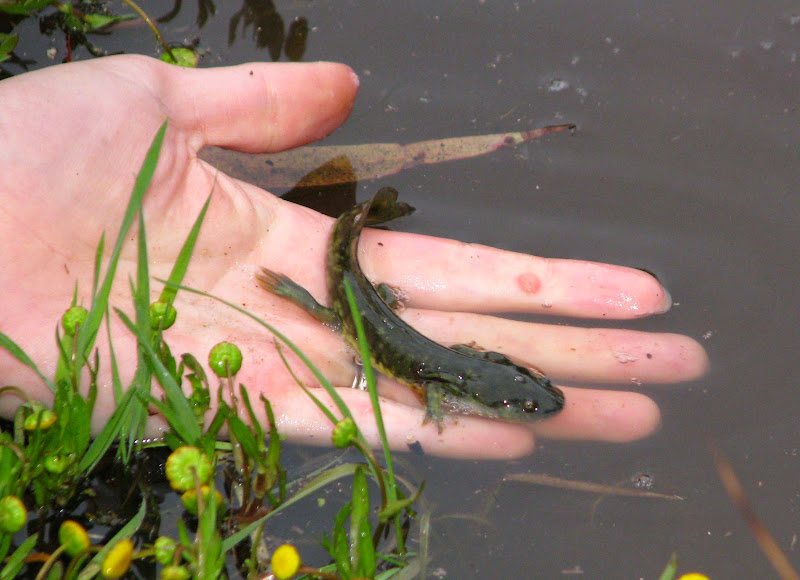 The genetics of each sample will be determined we'll find out if the introduced alleles from the Barred Salamander have reached our area and whether or not we have hybrid Tiger Salamders at the Elkhorn Slough.

That is so cool!

Nice!! Thanks for sharing this with us, Dave.
Top

Here is another pond we created. A couple of Western Pond Turtles showed up a couple of weeks ago in this pond. 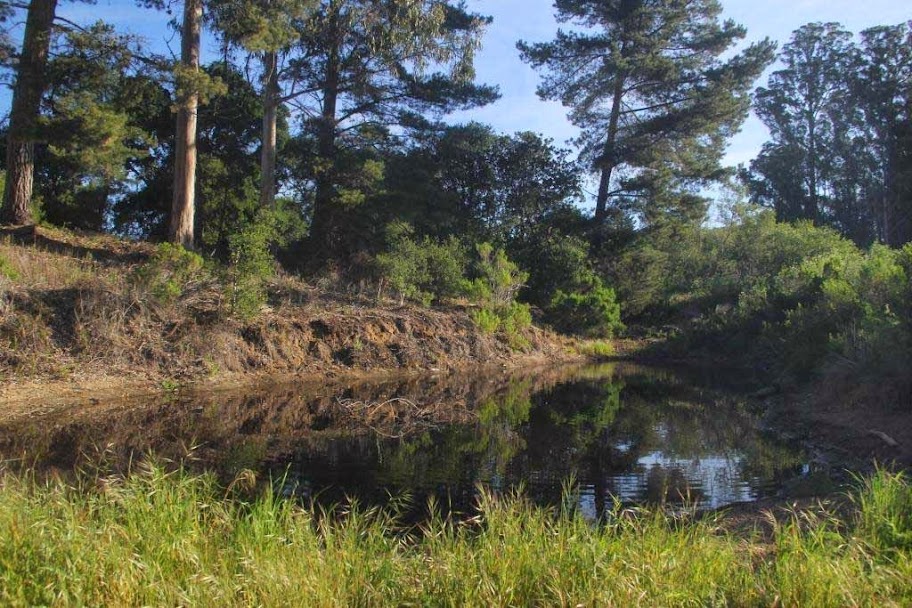 Well, I guess I know where I have to go to see pond turtles in your area now...maybe I'll see you in June...