There are a lot of great years' end field reports coming in, and I'm not even close to done with 2014 photos, so I'll be sitting this one out. Instead, I think I'd like to share my favorite observation of the year.

In the Spring I spent about a week at some C. lutosus den sites up North. I spent a couple of those days more or less standing in place for hours at a time, finding alternative uses for a snake hook (which is pretty much just a hiking stick at this point) as something to lean on.

Why was I standing there? I wanted to get combat photos. This den is a pretty big complex, with each group seeming to have one big male, several females, and a few other males hanging around. At one particular point, there were more, larger males, and females that moved between the smaller zones quite a bit. I figured this would be a good spot to find some conflict that would be more than just a big snake chasing a little one off. So I spent a lot of time just watching everything they did, standing more or less right in the group of rocks where they were, as still as possible. It's actually kind of amazing how entertaining staring at a stationary pile of snakes is if you're interested.

Anyway, I saw a lot of cool things that week, took a lot of photos, and I did get some combat (and video), and more. The best part to me, was when the big male in this zone chased a similar-sized one to rocks just below my feet. The defeated snake took off (I saw him later in another area 20' or so away). The victor went to court his pile of females. In the middle of this, I had to shift my weight, and was spotted by him. He came out at me with his head raised, attempting combat with my leg.

I moved my hiking stick out front in case there was contact (I didn't touch him of course), but there was none. He would stand up and do his thing around the rocks at my feet. When it got to where he actually flopped down ONTO one of my boots that I decided to step back (after he'd slid off). As soon as I left, he went right over to court with the females.

In the next few days, I could reinitiate this behavior with him any time by approaching and standing in that spot, and moving gently moving grass near his rock. More amazingly, I reproduced this with another group days later (to a lesser degree, but I was retreating much sooner). I was able to show this second instance to Kris Haas, who'd flown up to join me at this point.

To anyone worrying that I've interacted with a group in such a sensitive situation - this wasn't my intention. I've already been watching this group for a few days at this point, so I didn't miss the in situ observations that could be disrupted by my being there. I also was never buzzed or even tongue flicked. I take great care to not disturb anything.

Here are some photos, which were hard to get since this was happening right below me, and I had a 100mm prime on. Once he got closer, I couldn't get anything at all. 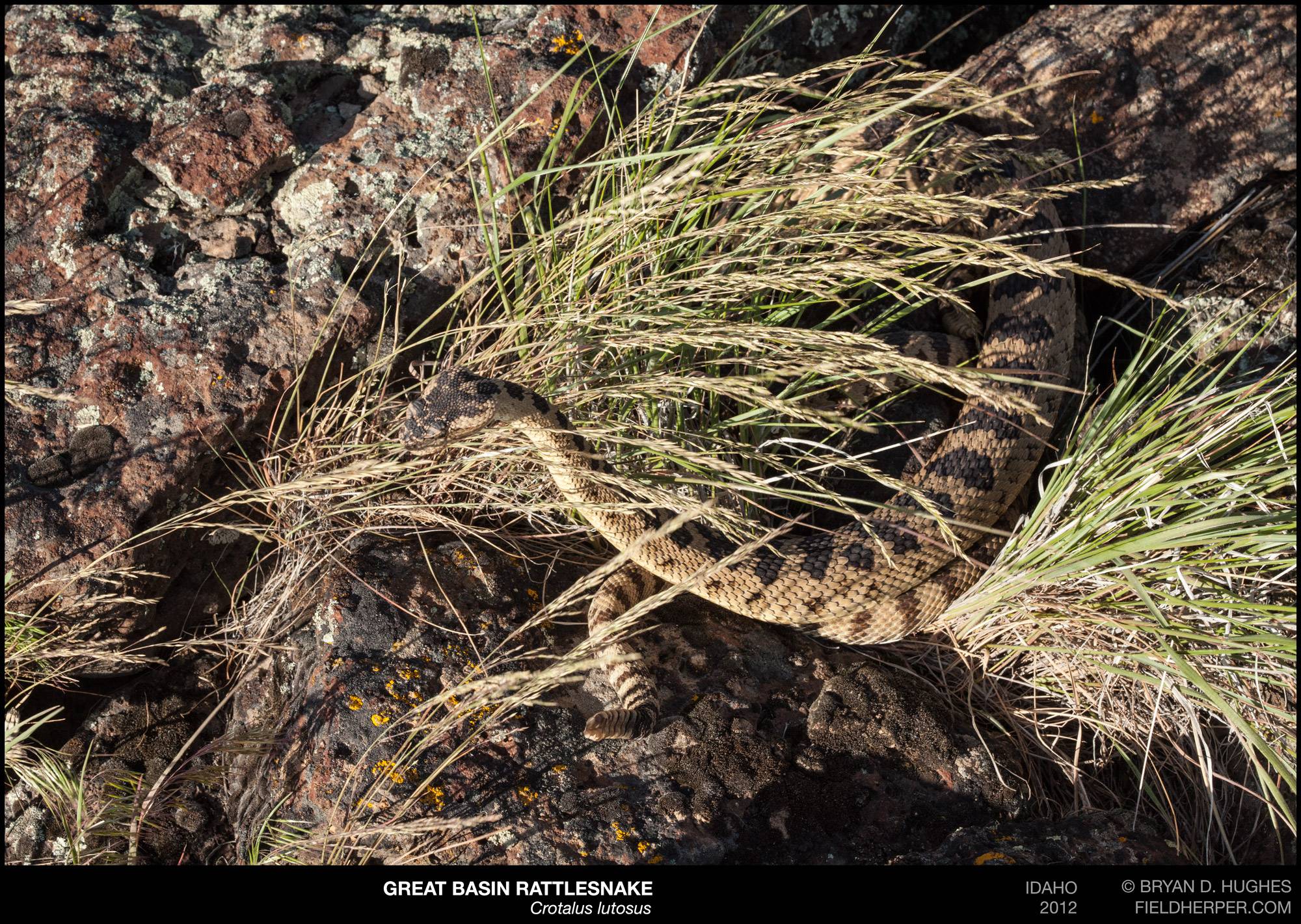 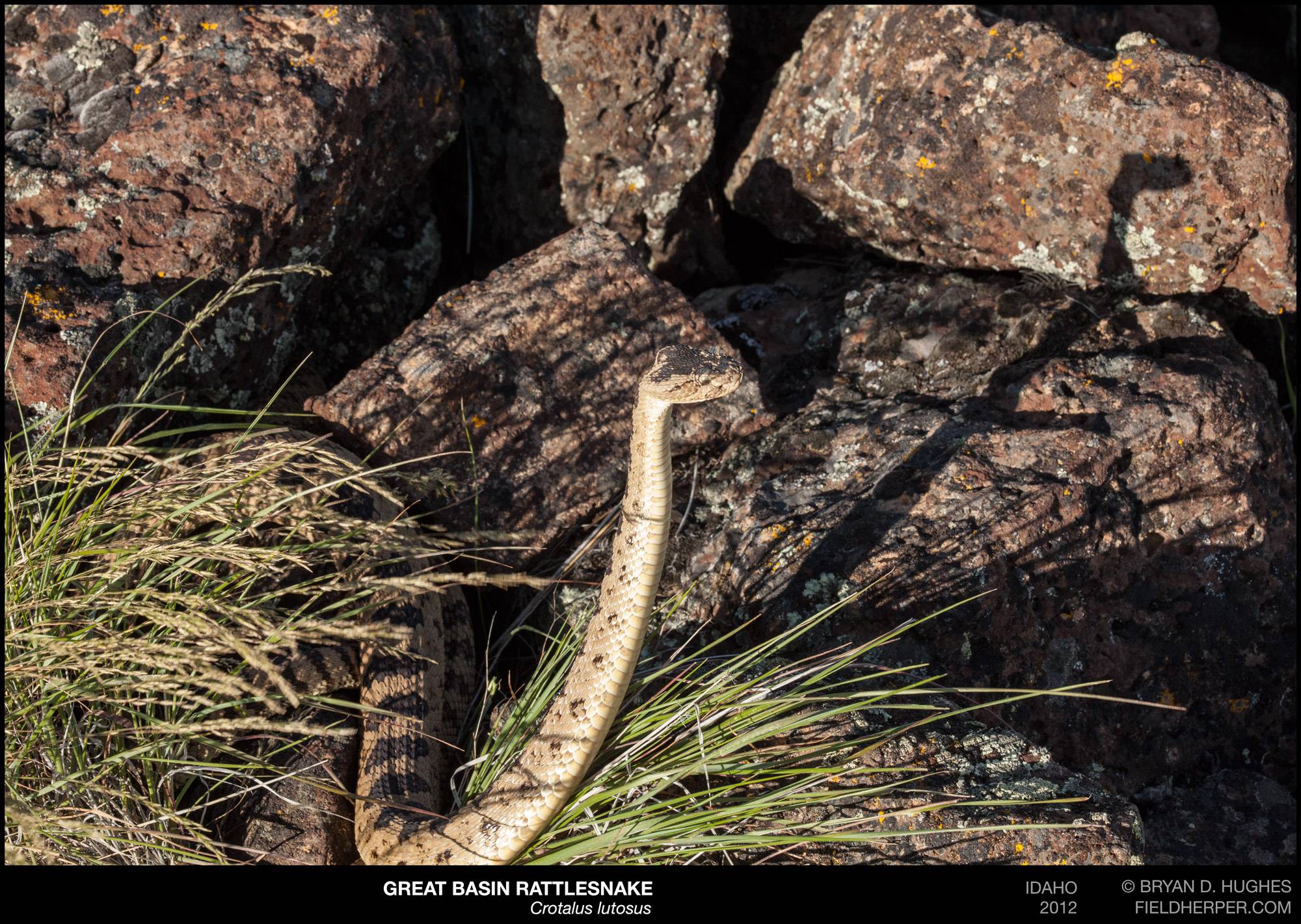 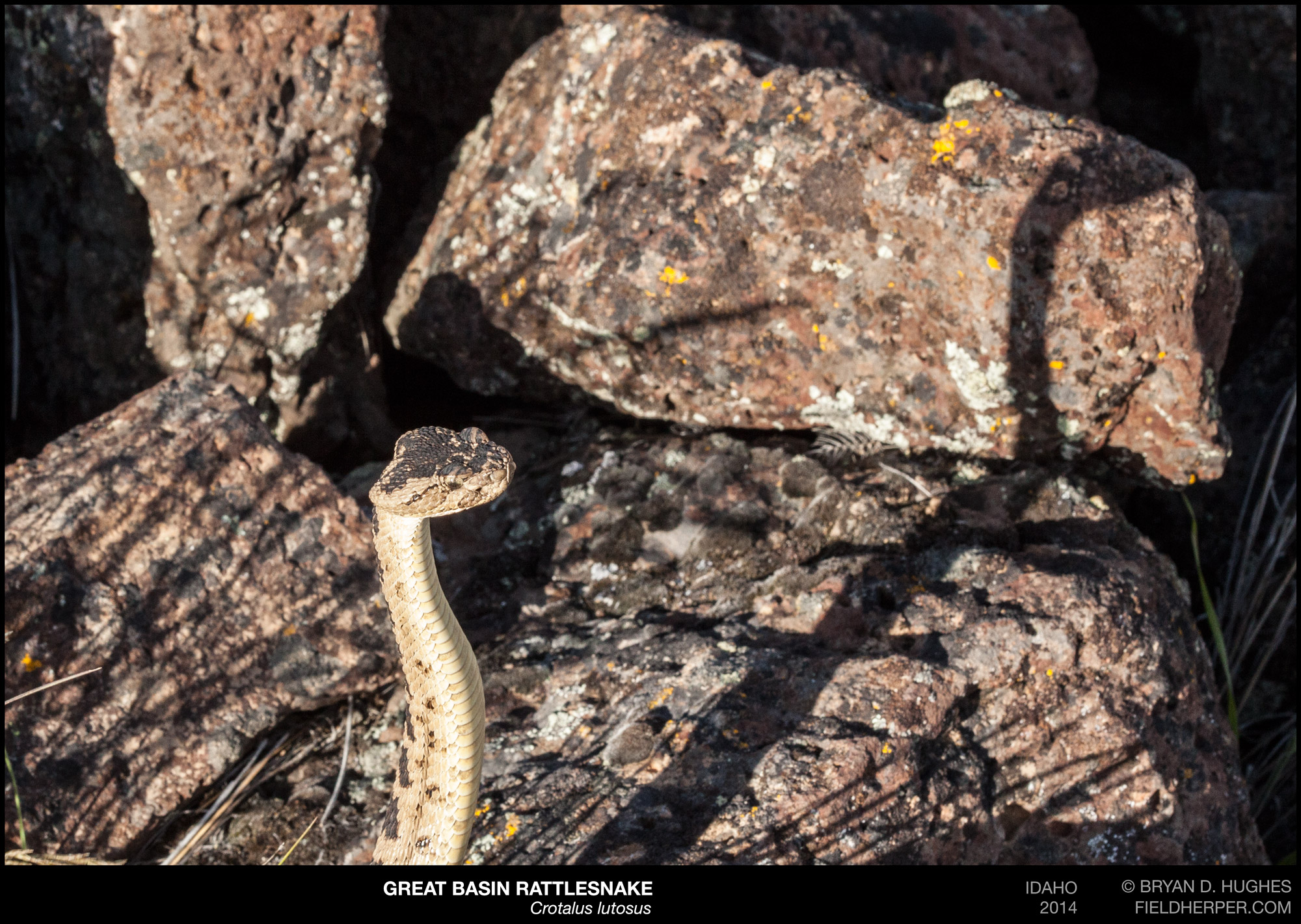 I also was never buzzed or even tongue flicked. I take great care to not disturb anything.

Did you get to see him breed any females afterward ?
Top

Bryan - as John Steinbeck wrote of plans of mice and men. Well then, epic indeed because you could go to such location and wait...and wait....and wait. Right. Ha! But to have patience and expedite that plan is impressive as much as anything. Awesome! And that last pic with the shadowed silhouette is spectacular. Thanks for posting this.

Bryan, that is an awesome observation and similar to one I had this year, but with Gila monsters. I spent several hours over many different days just sitting and waiting for male combat to happen with a trio of gila monsters that were hanging out near each other. It took a lot of patience, but like you, I found it fascinating to see what happens all around you if you just sit and observe. They didn't seem to care that I was around, as long as I just stood still and photographed without changing positions. Occasionally they would approach right up to my shoes and then with a tongue flick realize it was me and just walk around me completely un-phased.

Also similar to your experience, one of the gila monsters once approached me with aggression. On this occasion, the dominate male had just defeated the other in combat and chased him away. Moments later he saw a little movement as I shifted my feet and he charged at me hissing with rage thinking I was his rival that he just trashed, or maybe he thought he could take me on as well. It was actually really funny and I couldn't keep myself from laughing. I think when their hormones are all jacked up like this they will attack anything that moves. They only have one thing on their mind and they can't help it.

Your pictures and descriptions also reminded me of another experience I had with a great basin rattlesnake. One evening I had followed some fresh snake tracks leading into a burrow. I waited from a distance for a few minutes to see if it would emerge. When it did, the snake saw or heard me taking pictures and instead of retreating it raised its head up high like in your photo, and slowly approached me until it got too close for comfort and I had to slowly back up. I don't think it was going to bite me, since it was not in a striking position or rattling, instead, I think it was just coming to inspect me out of curiosity or it had another male in the area and it was ready to throw down with anything in its territory. I was just in awe to watch it watching me while it had nearly half its body in the air. It was one of those special moments where you feel like your having a real connection with nature.

I hope you don't mind me posting on your post, but these were my favorite observations of 2014 as well. If you have any videos of the combat would you mind sharing? I would love to see them. I have been hoping to see combat in great basin rattlesnakes, but I am yet to witness it.

Holy carp Cameron, those videos are amazing. How long have you been following that group of animals?
Top

I found the resident male Gila about 3 years ago. I don't see him often, but he has stayed in the same territory ever since. The larger dominant male I found nearly a mile away just a few months earlier in the spring. The female was likely there all along but I didn't see her until one day when she came out of the shelter to bask while her suitors were chasing each other around. At first I actually thought the resident male was female and the other Gila was just chasing her around as a part of the courtship, but it became very obvious with further observation that they were both male and they were engaging in combat for the female in hiding.
Top

Cool experience and photos Bryan. I've had the same thing happen on several occasions in much the same fashion. The alpha male lutosus who was attending a group of females caught just a little bit of movement from me and immediately came at me in a raised position. I sat still long enough till he decided I wasn't a threat and returned to his bitches.
I had a similar experience with a male stephensii. In captivity I had a male abyssus that would try to combat with my snake hook. Fun stuff!
Top
Post Reply
8 posts • Page 1 of 1