Hey folks - remember that image I posted advertising the SE Chapter fall trip a while back? This one:

Well I'd like to come, but it will depend upon the wife and if anybody else from down here is going. If I can convince the wife to join me, then we're in business. If she doesn't tag along, then I'll need a ride because we only have 1 car.
Top

As much as I want to go, it's looking fairly certain that I will have to back out as I recently found out that I will be deploying in mid-October. As such, I'll be wanting to spend as much time with my wife and son in the weeks preceding the deployment. I really wish I could make it work, but I hope you get more takers!

Would love to see some sals, but I'll be heading to AZ about that time in September. Looking forward to everyone's photos though!

Josh you should make this a sticky.

I can't make it, darn it. In September, the school year is gearing up and it's hard for me to get away.
I'm looking forward to seeing photos from the event. I know it will be epic.
Top

Tamara, I know you're not at retirement age yet, but don't you think work is getting in the way things...I mean just a little?

Work gets in the way of things A LOT.
Top

Dan, I'll make it a sticky in a while... It was a sticky for several days and no one commented on it

Definite Maybe for us.
Things are up and down like a yo-yo right now.


Just as a note, our spectacular Gray fossil site has revealed a new turtle from the late Miocene-epoch.
Top

Interesting, but I doubt it
Top

I'll be returning home to Asheville in Sept and will be back and forth between there and Raleigh for a while. I'd love to drop in for some salamania. Count me in if you got room. How will I find yall when I get there?
Top

Shoot, I guess I should have asked first...Can a stranger like myself come along? I'd probably bring my girlfriend along too.
Top

I probably told you already via text, but I'll more than likely be going, Josh. I don't hate Florida, but I don't really enjoy herping most of it anymore, so any excuse to get out of FL is a good enough excuse for me.

Thanks for the replies all.

Kyle - definitely, come on over! It'll be nice to meet another local herper.
Top

JakeScott wrote:I probably told you already via text, but I'll more than likely be going, Josh. I don't hate Florida, but I don't really enjoy herping most of it anymore, so any excuse to get out of FL is a good enough excuse for me.

I know what you mean, a lot of ego in one place

and I say that with all the love in my heart.
Top

Josh Holbrook wrote:I know what you mean, a lot of ego in one place

and I say that with all the love in my heart.

Josh Holbrook wrote:
I know what you mean, a lot of ego in one place

and I say that with all the love in my heart.

Things are looking like they will work for me! I may also be bringing a friend and my lady.
Top

BDSkinner wrote:Things are looking like they will work for me! I may also be bringing a friend and my lady.


Great - A reminder to everyone to reserve your sites now - like all NAFHA SE Trips, this will be BYO everything.
Top

A month out - can we get a roll call of who's going (and maybe who's reserving a campsite?0
Top

Still planning on it man. I'll be up in the mountains the weekend before that, too.
Top

JakeScott wrote:Still planning on it man. I'll be up in the mountains the weekend before that, too.


Word up. Going to be in my neck of the woods? I'd love to get out and hunt some stuff. Whatcha targeting?
Top

I'll be quite a bit south of you man. We'll be in South Central TN and North GA. That's the plan anyway...we'll see how it works out.

Still planning on attending. Am going to wing it or car camp somewhere free nearby.
Top

I'll definitely be there, just secured my time off. Still tentative on any companions. Now I just have to reserve a site!

I will probably not be able to attend.
Top

Of those who are going, is anyone interested in hanging out at the park entrance with some snakes for a couple of hours to do some public education? If so, perhaps on Saturday during the heat of the day (Maybe 12 - 2?)

Sounds good - I'll tell them we'll be there 1 -3. I'll bring some native snakes and we can get some volunteers from our group when we meet up that weekend.

If you're planning on going, please PM me your email so I can get an email list going and we can coordinate a little bit.
Top

Is there a good resource on the salamander possibilities the park presents? I did a quick google search but wasn't coming up with anything specifically. If not, do you have like a top five or ten you could throw at me as far as targets?

I 100% want to go, but am more like a 10% chance of actually making it. So please don't think I'm looking to be sold on the targets. I would love to go no matter what.

Well, specifically, there's the endemic South Mountain Greycheek Salamander, but evidently there's some historic evidence of Green Salamanders in the area. Other potential species include Blue Ridge Spring Salamanders, Red Salamanders, Mud Salamanders, and we'll be within 45 minutes to an hour of some gems like the Crevice Salamander, Mudpuppies, Hellbenders, etc.

Edit: there's also an area of the park that's it's own small watershed that I'd like to check out - the geology of the area is such that there might be some interesting stuff. And lets not forget the snake fauna - Eastern Kings, Timbers, Mole Kings, Corn Snakes, etc.
Top

Mike and I are unfortunately out; we've got lots of family stuff going on and would like to try to visit his mom (who conveniently lives about 20 mins from the Croatan NF) before fall hits. I'll be patiently awaiting everyone's photos, however.
Top

Ahh, too bad! Maybe our next SE outing.

For everyone else still lurking who hasn't contacted me, send me your email address so I can make sure no one misses the group.
Top

One more update - promising weather with good chance of heavy rains this week in the area, with a big downpour forecast for Friday night. On the snake front, the Saturday of Salamania looks to be the first forecast dry day after several days of rain, so should be a good snake hiking day.

You know we'll be there!

Good luck to all.
I know everyone will have a good time.

We'll be cheering for you all!
Top

Unfortunately, I wont be able to make it out there until Saturday now. My mom is having surgery and I need to be there. Planning on being up around noon Saturday until Sunday. Got a spot in the family campground, is this where some other folks will be? I am super excited to get out in the woods and have some fun!

I won't be able to attend, but I wish that ALL of you have a safe and enjoyable trip, and that you get to see some wonderful creatures. I especially hope you take some killer photos and share them for all the poor folks like me who can't attend

captainjack0000 wrote:I won't be able to attend, but I wish that ALL of you have a safe and enjoyable trip, and that you get to see some wonderful creatures. I especially hope you take some killer photos and share them for all the poor folks like me who can't attend

Hope all is going well so far, even though it seems the rains might be staying away.
Top

I'll post more in a couple weeks here, but in summary it went well. Lots of salamanders, a few snakes such as a beautiful pair of mountain Corns.

And these guys - Crevice Salamander: 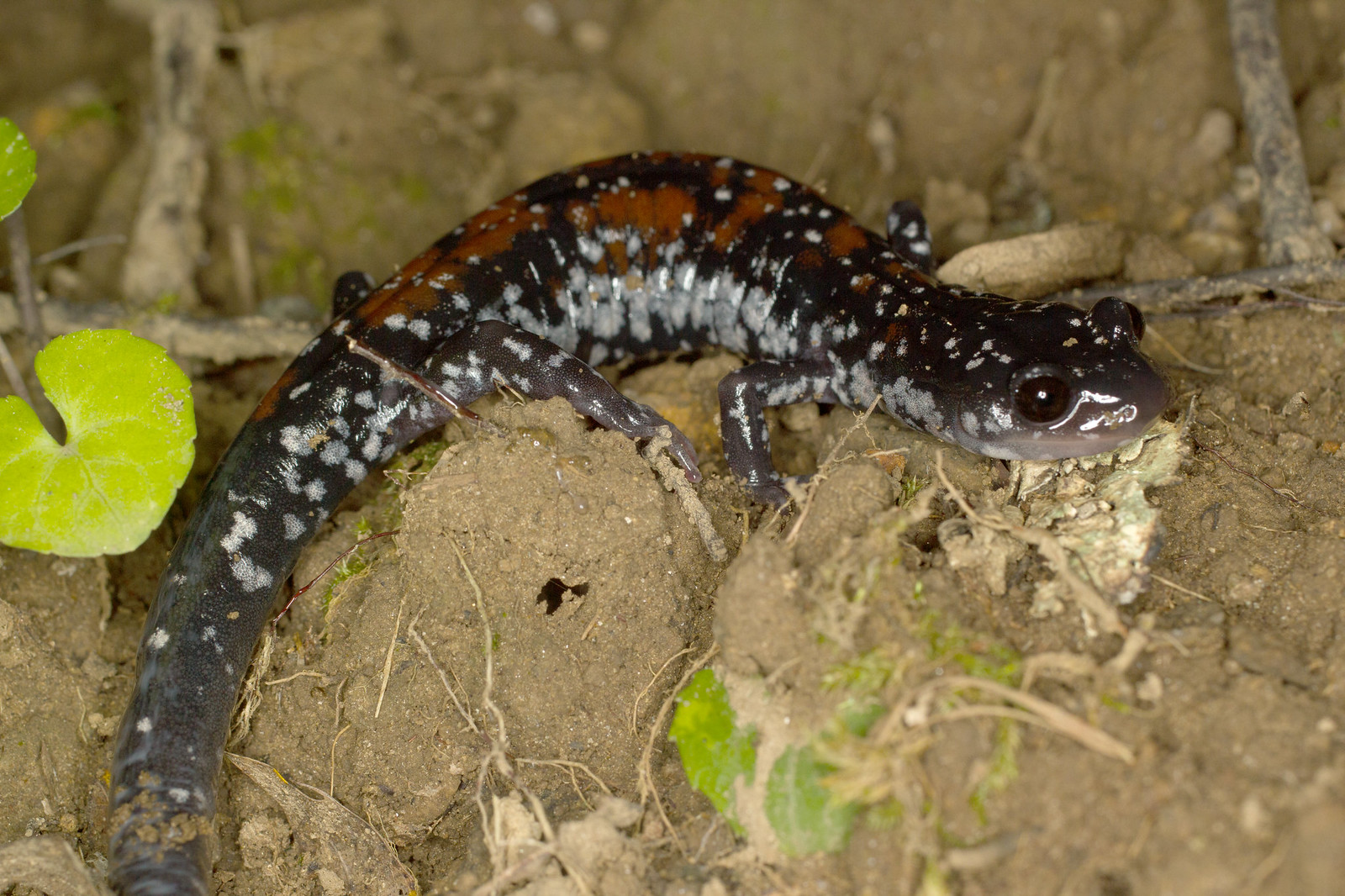