My sister found this snake in her yard recently. I assume this is T. sirtalis fitchi? Are there other possibilities for Stockton?

Only one image available - here:
https://flic.kr/p/xnoANv

It actually looks to be a mountain garter snake, T. e. elegans, which has a population on the valley floor in that area. Cool find!
-Elliot
Top

Thanks Elliot! Can you tell me briefly how to tell the two species apart? I know the photo isn't great...

Generally fitchi has faint to prominent red markings along its sides which this snake lacks. Other than that, elegans often has faint black markings where the upper labials meet creating little verticle lines of black on the lips which are pretty visible on this snake. If you look at californiaherps, there are loads of pictures of both and you can see what i'm talking about. I think somewhere on the site, there might be a thamnophis ID key which could be useful.
Top

Thanks for your comments Chad. Since there seems to be some disagreement on the ID of this snake, could you explain why you think it's a Diablo gartersnake? I realize that we only have the one low-power photo, so maybe it can't be definitively identified? I've entered this observation into the HERP database, and would like to get the ID correct if at all possible!
Top

I'm on the elegans side of the fence with this one, though the wide dorsal stripe is more of an atratus feature. I have seen T. e. terrestris looking similar to your snake: 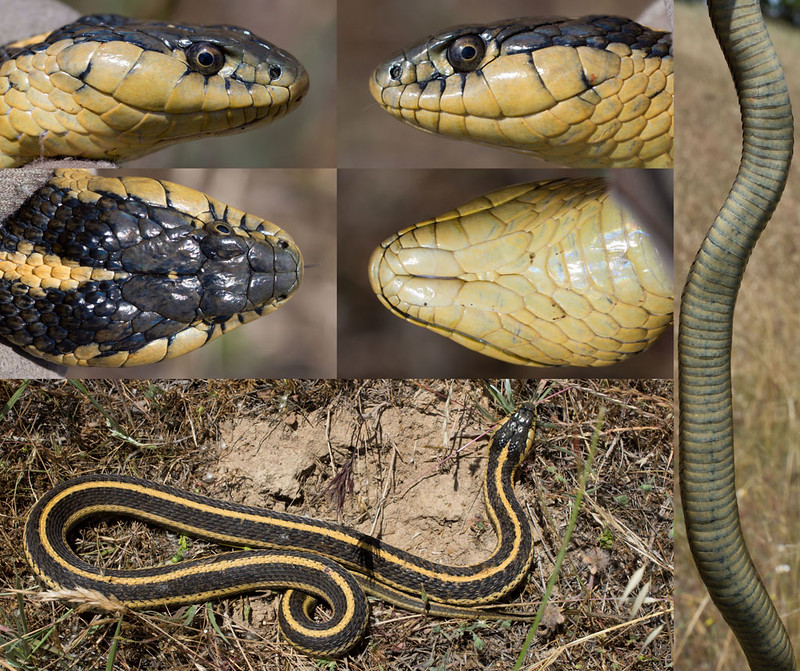 While certainly not qualified to have an opinion... it seems to me that perhaps 'secondary' factors, like proximity to water, could tilt the scales. (no pun intended, for once)

Of the two leading candidates... isn't one more terrestrial, and one more aquatic? How far from water 'in her yard' was the snake found?

Also... I believe the DB will accept species entered at the 'family' level...

This snake was found in a suburban backyard in Stockton - about 100-200 meters from a slough that is currently dry....
Top

Chad could you post a pic of a stockton atratus? My understanding was that they didn't range onto the valley floor, as historically, the area would have been home to gigas.
-Elliot
Top

My albeit poor gartersnake IDing skills also call it a Mountain Gartersnake (Thamnophis elegans elegans). It seems if atratus occur in this area it may represent a range extension.

I too would like to see a stockon atratus photo?
Top

I haven't found one in some years, and don't have photos of them, though it is a complete possibility of them being elegans, at the time they were not recorded that far south.

I found this Coast Gartersnake, in San Joaquin County, just west of I-5 near Lodi, CA. 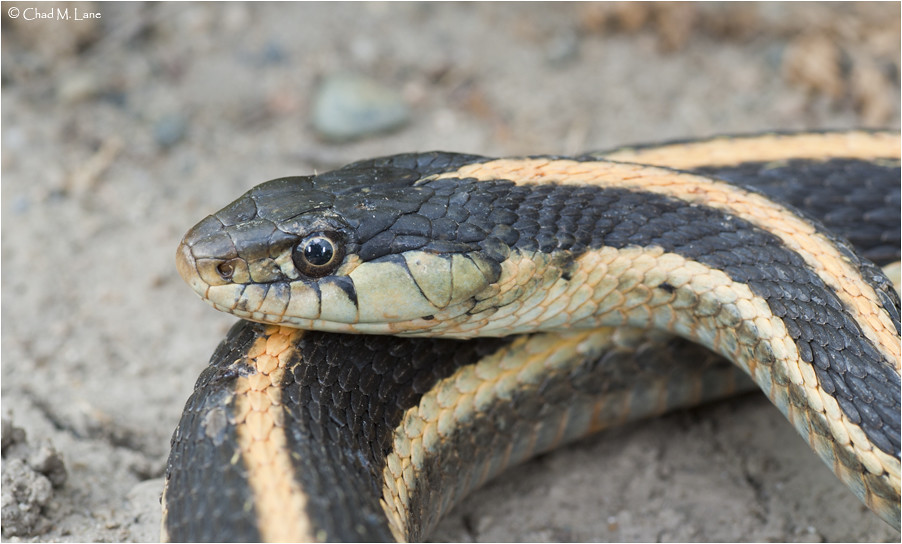 The quick ID character for it being a Mountain Garter is the finely serrate margins of the vertebral stripe, which can be seen as tiny pale marks extending outward from the stripe.