I had the pleasure to travel to Thailand in the latter half of december in 2015 to visit my father. We rented a house just south of Pattaya (the sesspool of sin) , in Jomtien. Not much wildlife to see there - but some geckos and amphibians was seen in the garden and surroudings. My main target for the trip was pit vipers in Khao Yai National Park, and when we booked the trip tp Thailand I got in touch with TonTan Travel who do guided tours in at least Kaeng Krachan Natinal Park and Khao Yai. A desicion I have not regretted one second, Ton and his wife Tan is highly recommended at really made my trip to Khao Yai between 21 and 23.december! http://www.tontantravel.com/

I'm not much of a writer - so here is some pictures from my trip. Both the documentary shots and the better well-planned ones. Hope you enjoy it half as much as I did taking them.

And also I found a toad in the garden - and everywhere else..

Then it was time for the trip to Khao Yai :

The first lizard who met me inside the gate to the national park was this flying lizard (Draco sp.)

And then on to this

And after checking out many spots, at the end of the first day - we spotted this fantastic critter..

Later the same night, we had a trip in the dark around a stream and found two of our first of another Pit Viper - but in the dark they were to high to get good pictures. Fortunatly, the next morning they were still at the exact same spot.

The female was still very out of reach, around 10 meters up in the trees - the male we got to work with.

Later the same day, we found in total 4 more Vogel's Pit Viper. Here is one of them.

In situ, digesting it latest meal. When we seeing where it was placed - I'm guessing a frog

We decided to check out a place outside Prachinburi for Daboia siamensis, without luck - but found these :

Deep under a tree it was hissing at us, but in the end we convinced it to come out. Hoping it was a Naja kouthia..

This is the best shot I got - as it was not N.kouthia, but a Naja siamensis (Indo-Chinese Spitting Cobra), and we did not have any safety goggles with us. And this guy was spitting!

The last week of my trip ended in very little herping except some gecko cathing with my 7-yrs old son around the house.
I did get two shorter trips about 30km from Jomtien/Pattaya calles Khao Mai Kaew which was a nice forest with some nice mountain bike trails in it. But I did not find much except Tokay, Calotes, Toads and two snakes that got away (probaly bronze backs)

They same day I landed in Norway, I started planning the trip back to Thailand - which will be in september. But first Greece in may, looking for Montivipera xanthina.


Here is the complete list of herps identified during the trip :

PS : will post some more pics when they are edited
Top

Let me be the first to say - WOW! You made some amazing finds in Thailand, and your shots are spectacular. It was a blast to look through your post.

Wonderful shots of the vipers and the monitor!

I almost forgot this guy..

This is a lone male Siamese Crocodile who resides in a river in Khao Yai - he is probably released there by someone some years back. But the park har decided to let him stay.

Great post. A lot of variety in the whips/vines. Love the colors on that krait.
Top

A few more pictures from the trip

Great post as always Thor - its a shame you didnt get clear shots of the spitter but thats what keeps us going back again and again...
Top

krisbell wrote:Great post as always Thor - its a shame you didnt get clear shots of the spitter but thats what keeps us going back again and again...

Indeed it is Kris, so me and another photographer will go back for a 10-day herp-only trip in september. With focus on pit vipers (off course) and everything else we can find. So there should be a good chance to find and photograph some cobras also! 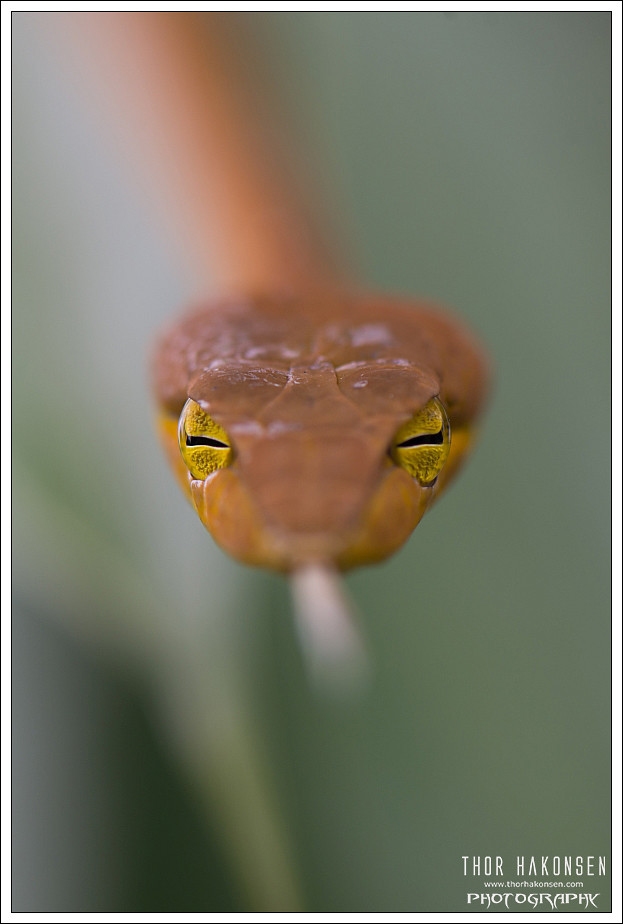 Really NICE! Thanks for sharing!