Welcome to the first weekly Northwest herp identification contest! This is all in good fun, with the added benefit of getting me to fix any database screwups I may have made. It might also be helpful to newcomers and visitors who are looking to make these various ID distinctions in the field.

An Ambystoma of the marshes, Plethodon of the streams, and Aneides of the trees. Which is which?

Reply with your answers by number: 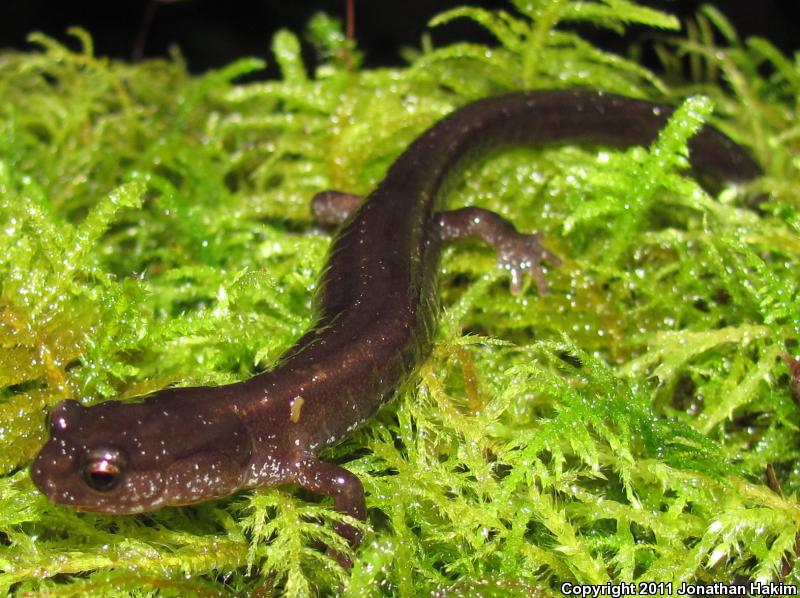 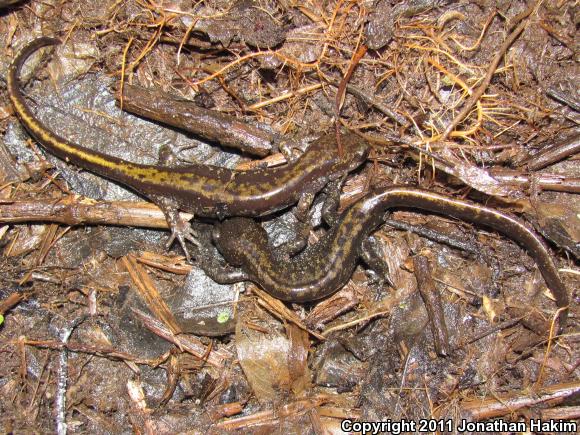 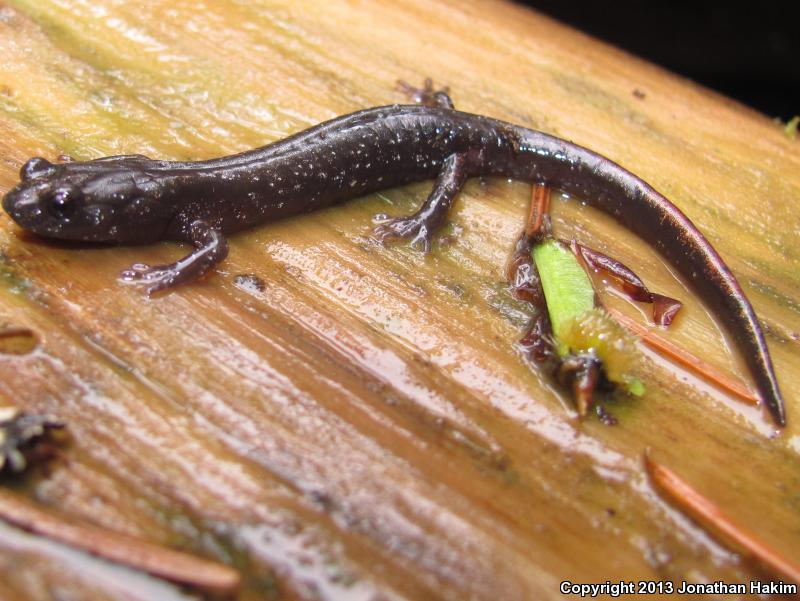 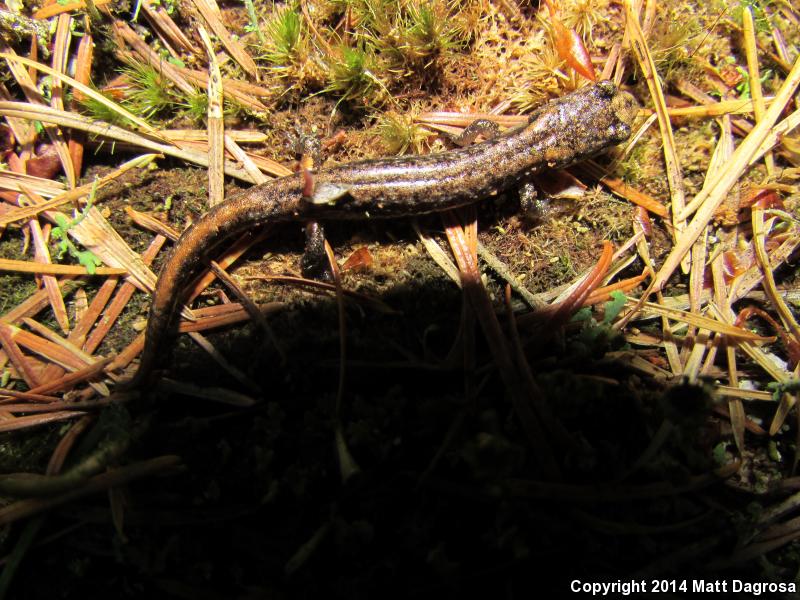 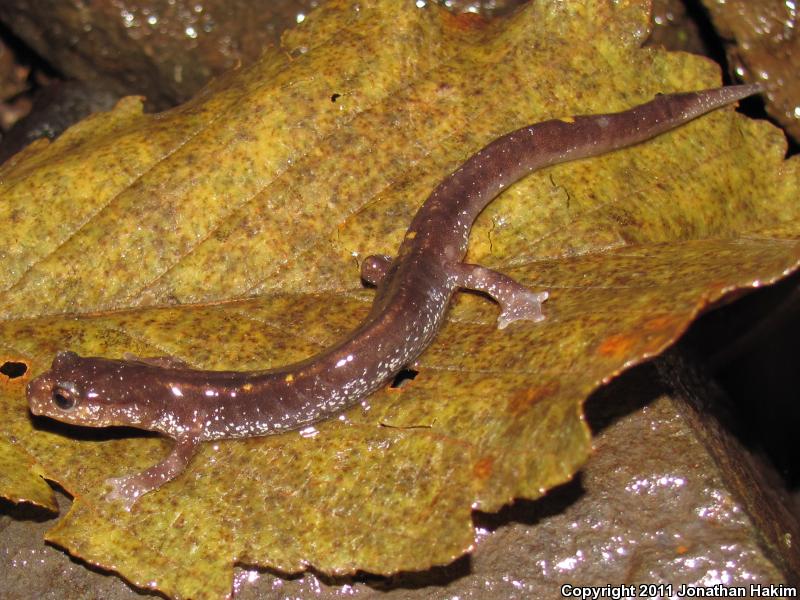 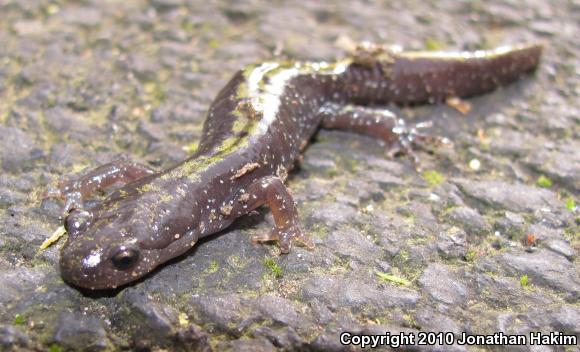 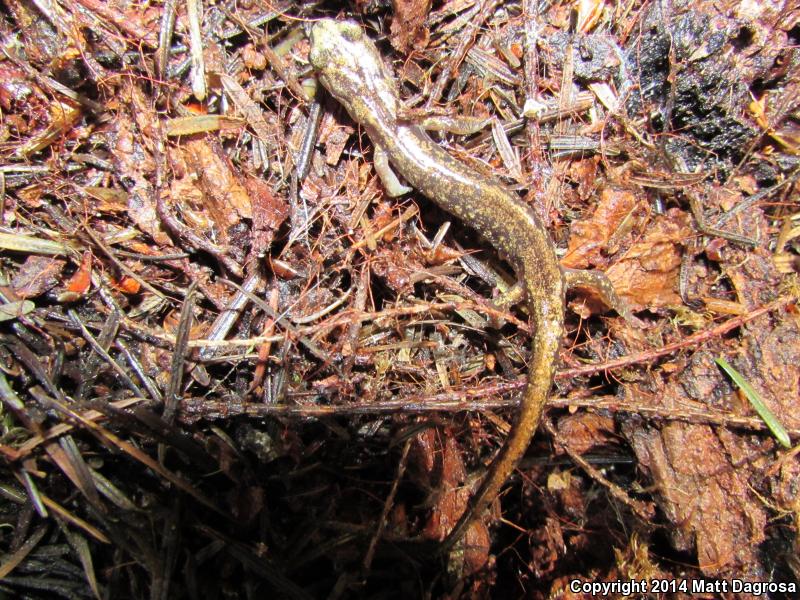 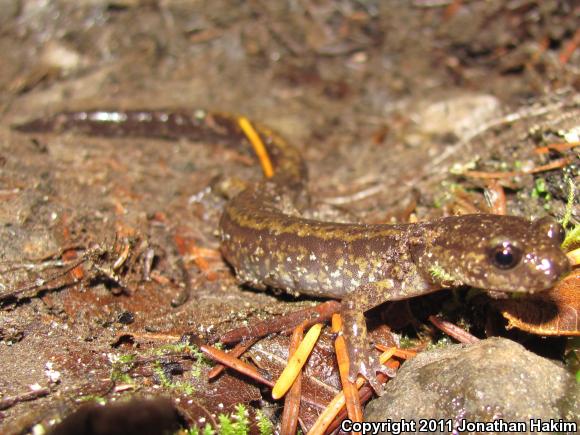 I'm not 100% on 4 and 5, 4 doesn't look like it's hind feet are webbed, but everything else about it says clouded, and 5 has webbed hind feet, but otherwise looks like a dunn's to me, so I am going with my gestalt on those two.
Top

Saw the post earlier when it was a poll, so I'm chiming in with an unbias response.

At first look, I had:

Owen wrote:At first look, I had:

Yeah, anyone know what's up with those feet on that one? That threw me off when I found it too.
Top

Fieldnotes has it right. Great challenge Jonathan, really shows how similar some unrelated salamanders can be. I am alaways amazed at how close the Dunn's and Cloudeds can be. Some parts of WA can be really tough when you get three of the plethodons together. I have found Van Dyke's, Dunn's and WRB together and depending on the color phase that can be a pain.
Top

Joshua Wallace wrote:Great challenge Jonathan, really shows how similar some unrelated salamanders can be. I am alaways amazed at how close the Dunn's and Cloudeds can be. Some parts of WA can be really tough when you get three of the plethodons together. I have found Van Dyke's, Dunn's and WRB together and depending on the color phase that can be a pain.

Next week I'm posting the


Joshua Wallace wrote:Fieldnotes has it right.

I'll post the actual answers on Monday, when I put up the next challenge.

I'm so used to my Aneides looking like this:

Now that's and Aneides. Thats pretty cool--buffy head. Decades ago when finding my first Arboreals, all were rather small, and then I found a large adult, like the one pictured, I was shocked--Holy Moly!! I no idea they got so massive.

Yep, Fieldnotes and Joshua nailed it! I especially liked Fieldnotes's explanation of the distinguishing ID characteristics on the tough ones.

You can get started on Challenge #2: Dicamptodon!

Here are a few additional pictures of the above salis with the habitat/locality info:


1. This strangely-colored Dunn's was found in roadside talus in Clatsop County during a brief rainstorm. 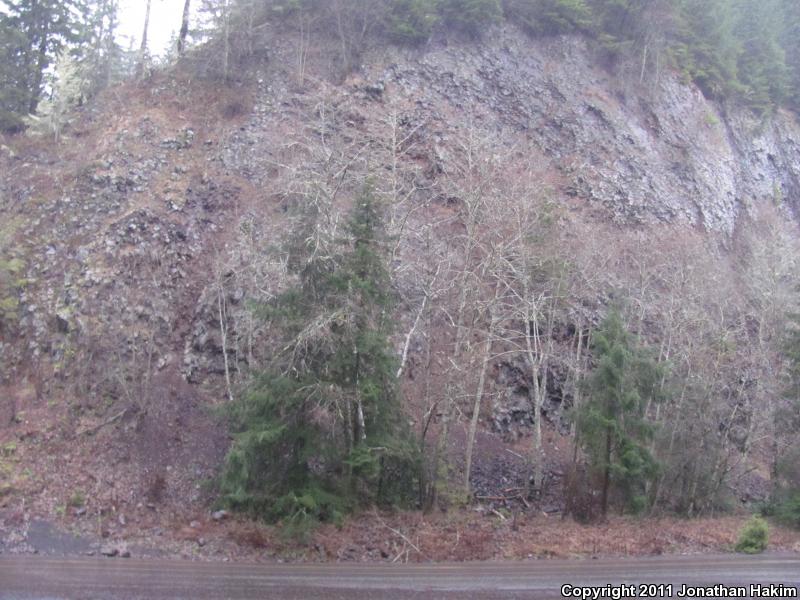 2. This pair of long-toed salis were found under an old tire in traditional marshy habitat in Multnomah County. However, I surprisingly found a Dunn's (and an ensatina) only 20 feet uphill from them in roadside gravel just above the marsh.

take a look at those long toes 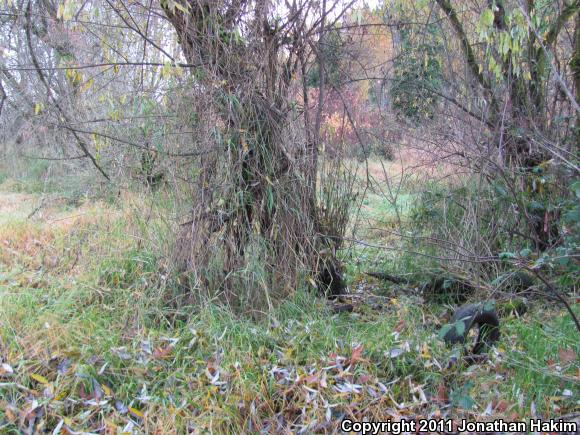 3. This tricky Clouded was under loose bark on a large fallen tree in old forest in the greater Portland area. 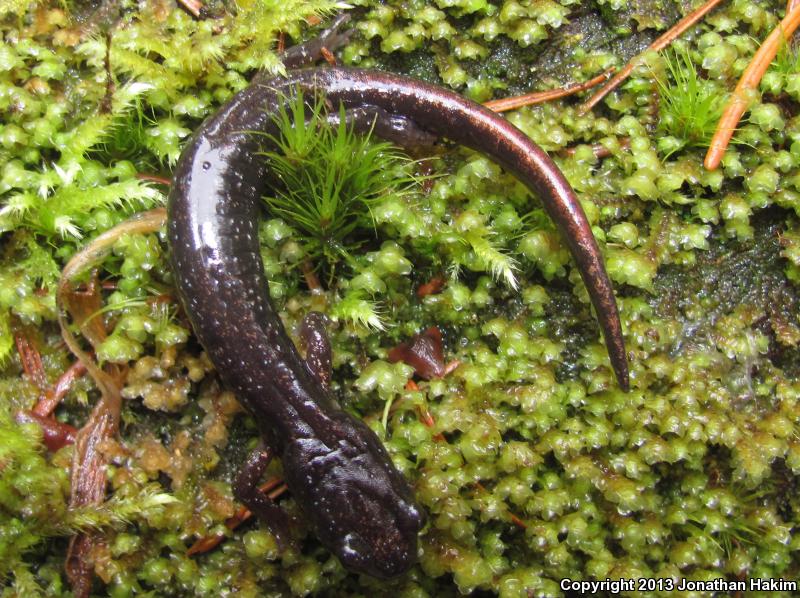 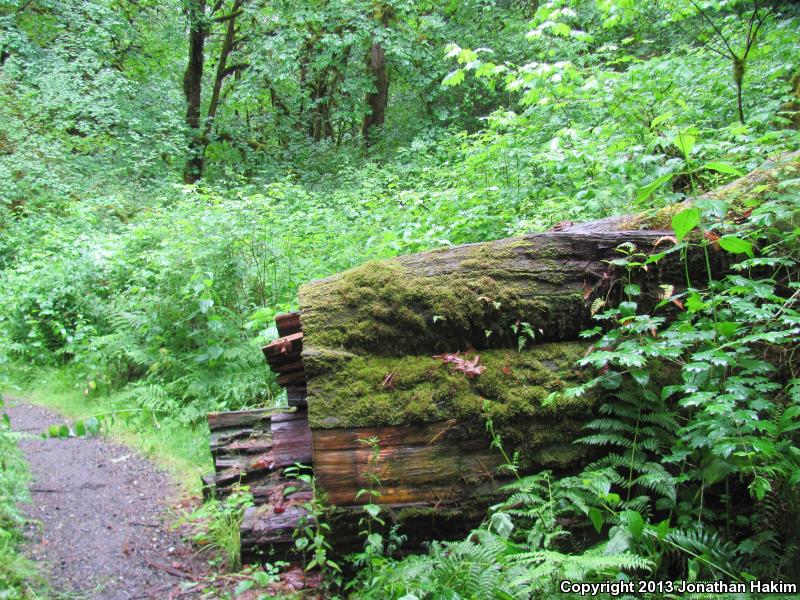 4. Matt found this Clouded Salamander under a decaying log in recently replanted forest in Lane County.

5. The partner to #1 (there were actually 3 Dunn's found in 10 minutes here, all with this same coloration). Like others, I also mistook it for a Clouded Salamander when I saw it, and had to get corrected on the Forum.

6. This Long-toed sali was found in Columbia County, lying under the matted cover surrounding a drain, with a northwestern garter right next to it: 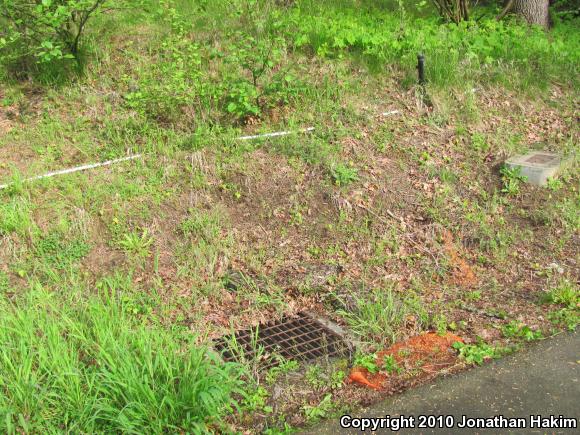 7. And when I checked the same spot the next year, this time there were two Long-toeds side-by-side 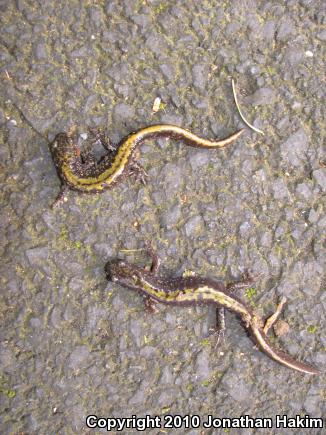 9. I found this Dunn's randomly on the roadside in Columbia County, but more normal-looking talus habitat was only a hundred meters or so away. 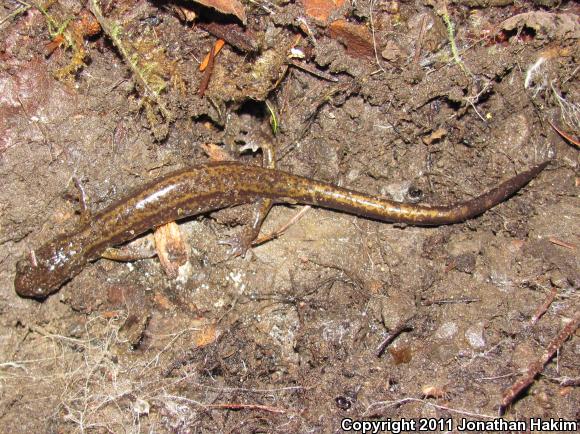 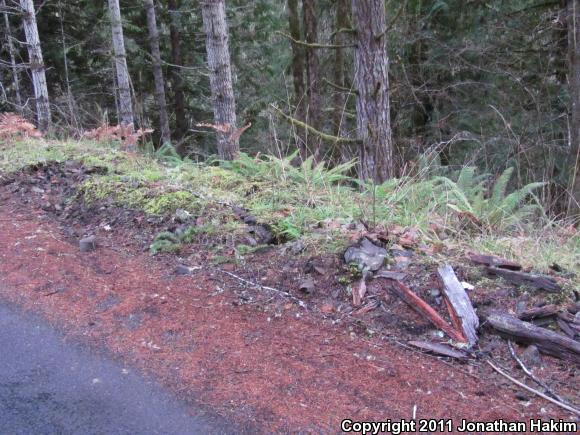 Obviously I tried to choose ones that were at least a bit tricky. I mined through well over 100 Dunn's, 30+ Long-toed, and 17 Clouded (mostly Matt's) to get these slightly confusing individuals. Often they give themselves away easier...but not always. Hopefully the practice was worthwhile!
Top

The eyes would be a dead giveaway in the field. All 3 of these species have very different looking eyes.
Top

Matt just reminded me about this one - I should have made it #9 and probably would have gotten a few people (it got me). 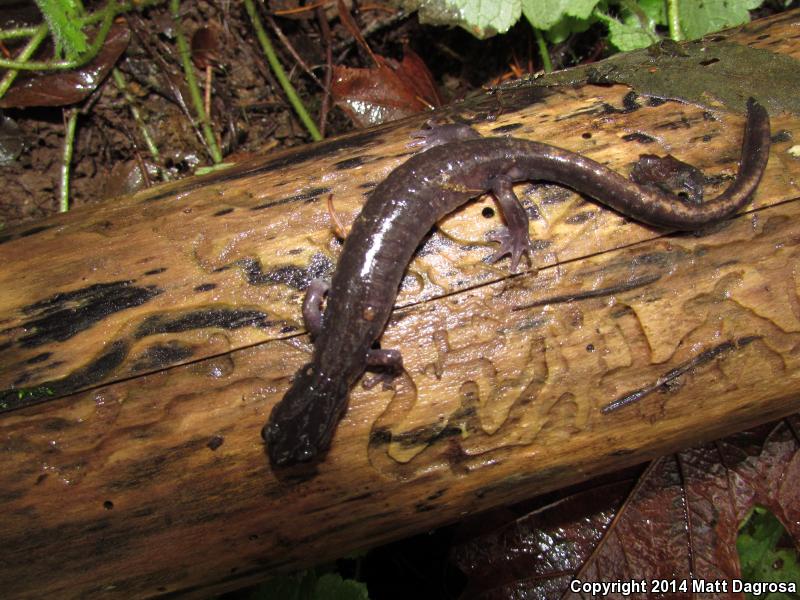 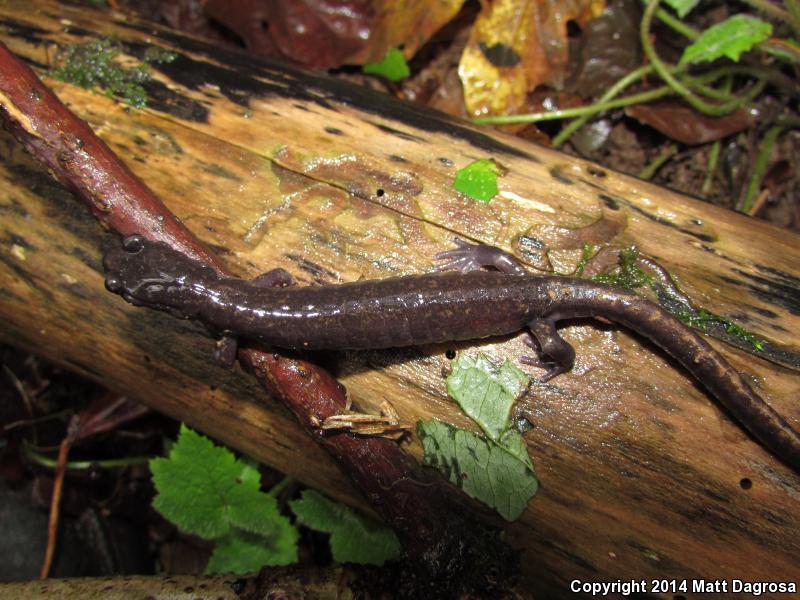 Owen wrote:The eyes would be a dead giveaway in the field. All 3 of these species have very different looking eyes.

Interesting - I wasn't aware of that. Something to look for.
Top
Post Reply
13 posts • Page 1 of 1