Anyone know what this snake is? Location will be kept secret for now, so not to cause bias 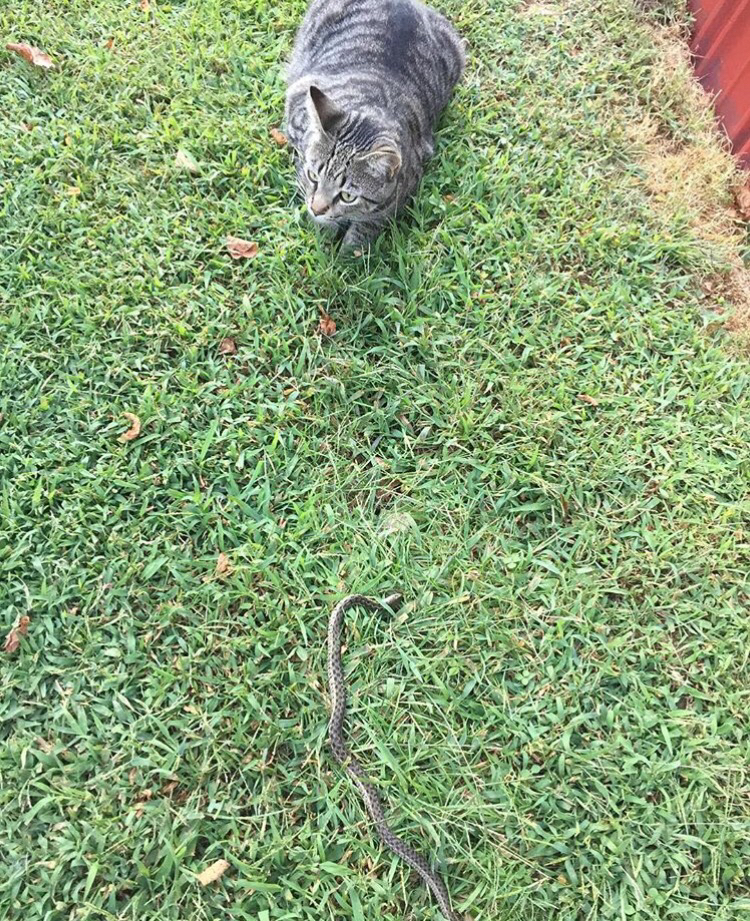 Is it a grass snake?
Top

Some wandering garter snakes (T. e. vagrans) look an awful lot like that. It's an extremely variable snake though. And some other snakes come in earth tones, have blotches, etc...ha ha.

I'm thinking its a checker-patterened Eastern Garter Snake. Lets give it another day or so for others to guess, then I'll post the3 location, which will only make this mystery snake harder to identify.
Top

It looks like some of the Two Stripe / Hammonds Garter snakes I've seen if this sighting was in Socal...
Top

Yeah its a checkery guy. Natrix mostly dabbed in a distal way but the blade of grass covering the neck made me think hmm
Top

This snake is from a residential neighborhood in San Diego.

Jeremey could you posts those Two-stripe Garters snakes, espically if they have a middorsal stripe, like this one seems to have descending down the lateral portion of the body.
Top

I've seen nearly identical checker patterned eastern Garter Snakes in central and south NJ. Not often, but every now and then.
Top

Fieldnotes wrote:This snake is from a residential neighborhood in San Diego.

Jeremey could you posts those Two-stripe Garters snakes, espically if they have a middorsal stripe, like this one seems to have descending down the lateral portion of the body.

Sure! I'll have to dig back a while, it's been a few years, but I'll be happy to post them on here or pm them to you.
-Jeremy
Top

I'm not sure I have any with a middorsal stripe, but the pattern and color is similar. I'll get them up asap.
Top

Eimen, I agree it looks a lot like a Wandering Garter
Top

It's a terrible picture...that's what it is...
Top

No excuse for the limb I fell off of though 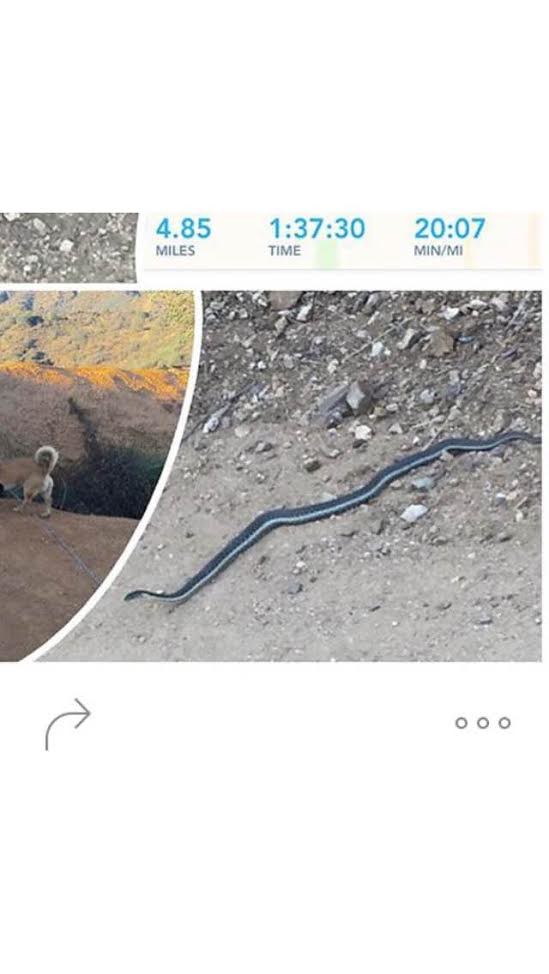 Apologies for the terrible photo, but here is a Hammonds garter I saw with a friend years ago in the San Gabriels. All I had was a cell phone, and I know this photo doesn't show it well, but I do remember it having a very checkered pattern. I'm still looking for other shots I have of other individuals.

That photo also has a bit of blue distortion. The snake was more brown and yellow, not so much black and blue.
Top

I think the mystery snake is just a nice-looking two-striped gartersnake.
It also appears that the cat may have dragged it out of a nearby canyon and back to its home with a grassy lawn. That wouldn't be too surprising to me.

I think the mystery snake is just a nice-looking two-striped gartersnake.

Agreed, now that we know it's in San Diego. Could have been a lot of things. Most of those things fall far away in likelihood, now there's some geographical context. Not likely a Natrix, a Rhabdophis, etc. Could still be an escaped pet garter from somewhere - near or far - east of SD. That isn't too unlikely. But I think native is more probable.

It could be interesting, regardless, to know more precisely where the snake was taken. (And, is the corpse available for museum deposition?) My impression is that 2-stripes aren't exactly booming within the human footprint, the more so the further west one goes. Did it come from nearby one of the bigger, more-eastern preserves like Mission Trails or the "new" FWS Refuge along the Sweetwater?

Looks like the coyotes are slacking on the job...
Top

Well, just to be a contrary person, I do NOT think that's a two-stripe. I've never seen a blotched two-stripe in SD or anywhere near SD. I still say it's an Eastern garter that escaped from someone. And i don't think we can really pinpoint what it is by that photo. Checkered Gartersnake, a bit out of it's range, but a heck of a lot closer than a wandering. It could, but I've yet to see one with a dorsal stripe, be a Two-Striped.

I've seen hundreds of Eastern Garter's and that ain't no Eastern.
Top

How about this one. It was found considerably further north in British Columbia.

By the way I found a two striped garter out at the old place near Palm Springs that was a trout farm, it was two -three years ago.
Top

craigb wrote:How about this one. It was found considerably further north in British Columbia.

By the way I found a two striped garter out at the old place near Palm Springs that was a trout farm, it was two -three years ago.

Well within it's range. Wandering Garter's do exist in BC.
Top

Here's a two-striped gartersnake from SD County that looks similar to the mystery snake....

No offense, but that isn't even close to the original photo. You know, it might be an Oregon garter.
Top