I saw a ton of Blue Iguanas, Cyclura lewisi, and participated in health screens and release of captive-bred, head-started juveniles. Here are a few images from that post for those who don’t want to see the whole thing. 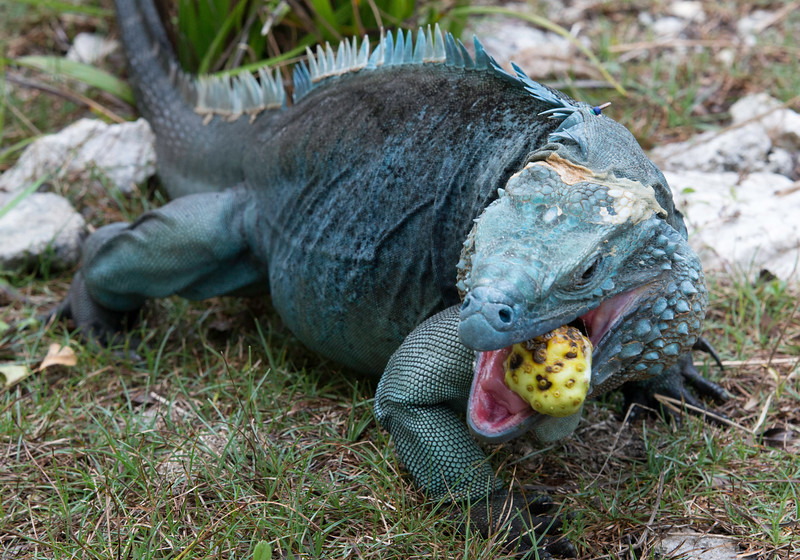 Unmarked juvenile in the botanic park; evidence of successful reproduction outside of the captive breeding program.

The “trail” into Collier’s Wilderness to release the captive-born, head-started juveniles. It totally ruined my shoes.

Fly and be free! These juveniles are released when they are too big for Cayman Racer snakes to eat. Wooden shelters are provided to help them acclimate; the survival rate of released lizards is almost 100%. 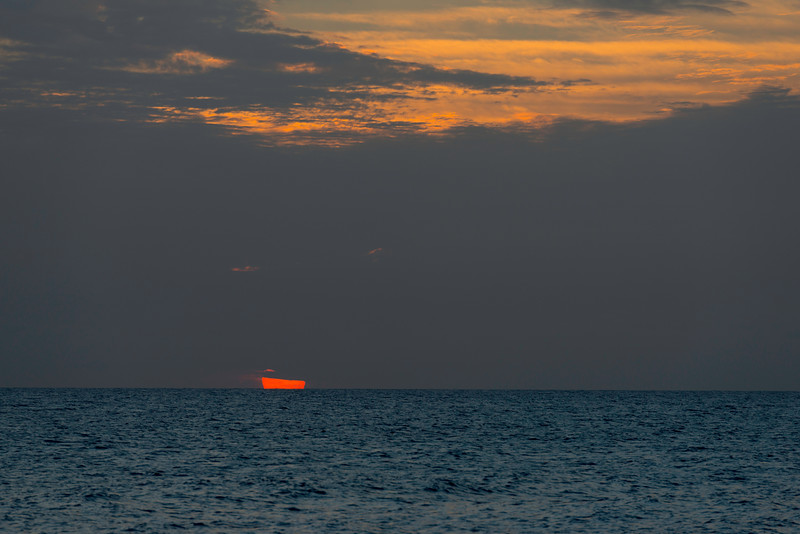 In May I went to coastal North Carolina with the goal of seeing a Carolina Pygmy Rattlesnake.
Carnivorous plants were abundant. Yellow pitcher plants.

Venus Flytraps. It is now a felony to dig these up. People propagate them in greenhouses, I don’t know why anyone would risk felony conviction to poach them.

The first morning was cool and overcast in the low 60s, but we made a few good finds.
Eastern Kingsnake 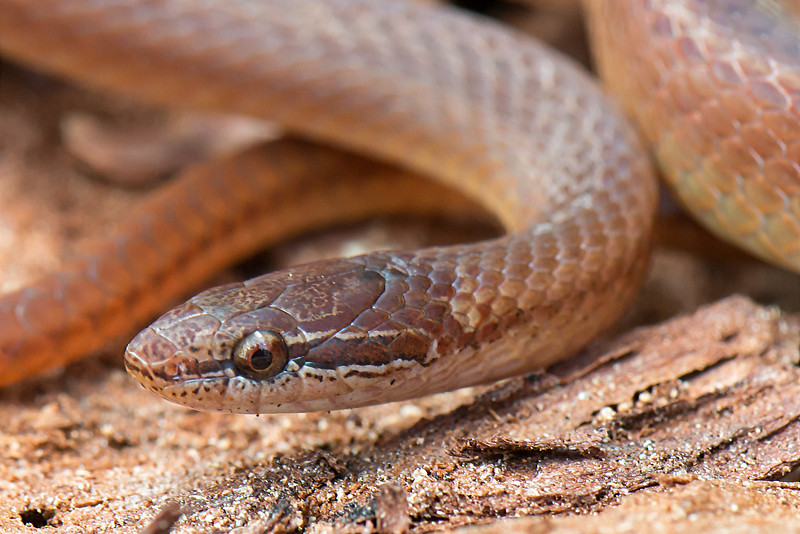 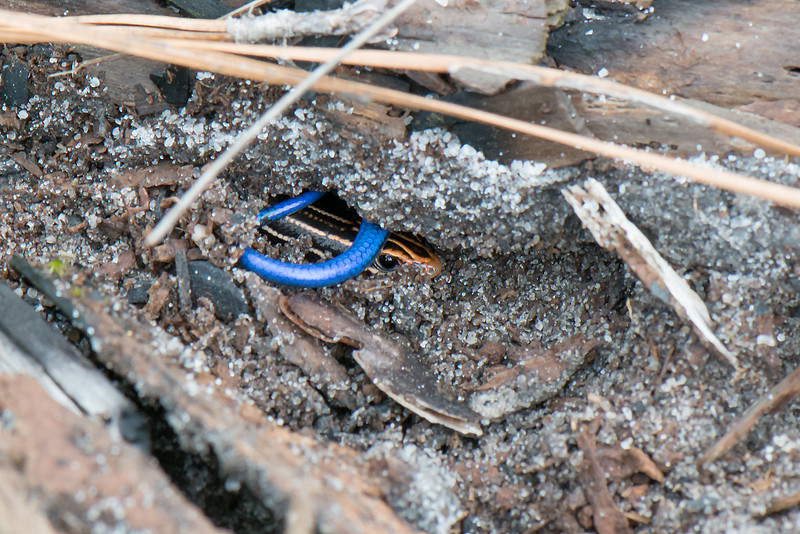 It warmed up after that and things started moving.
Rough Greensnake

Yellow-bellied Slider digging a nest in the road 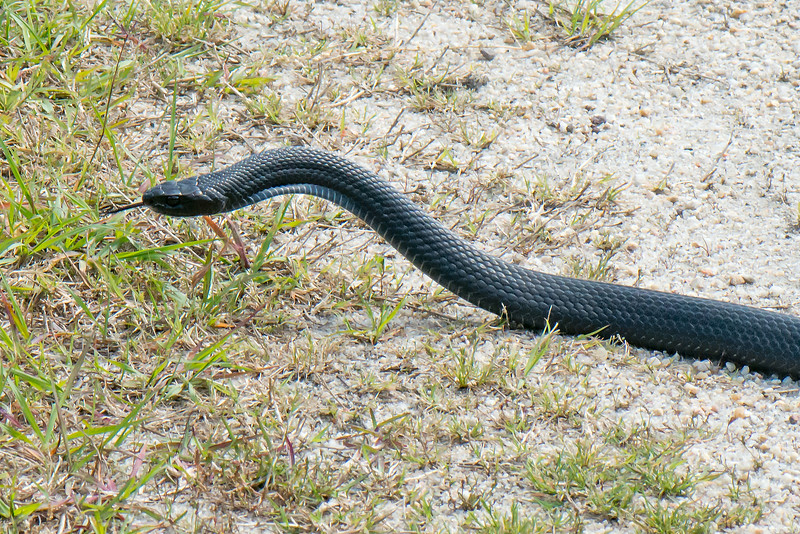 This Mudsnake was lying in the open, sluggish, and barely moving. It was clearly ill, but had no signs of injury.

Cottonmouth with 3 skeeters on its head 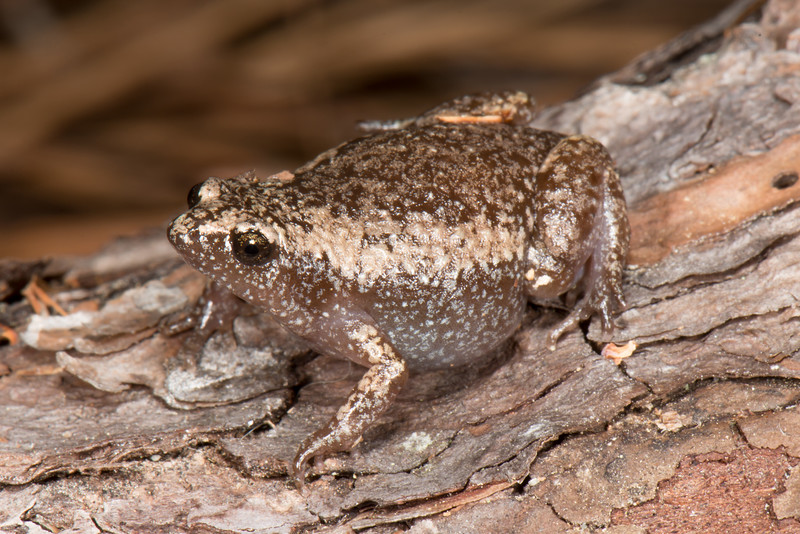 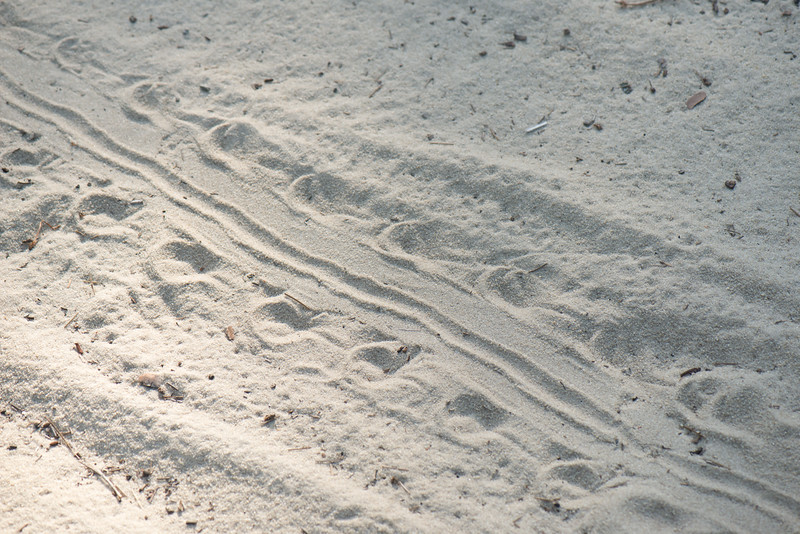 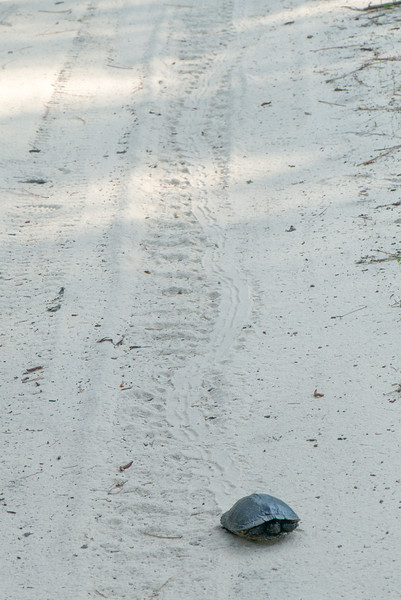 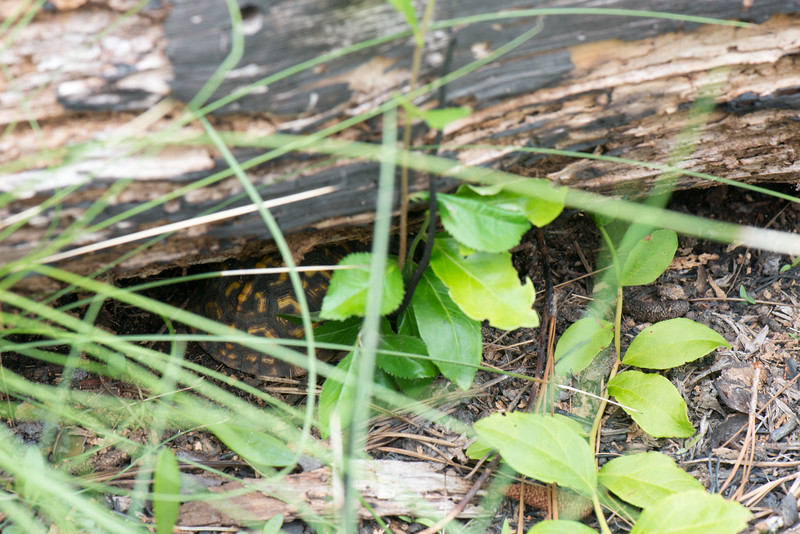 On the last afternoon, in the last couple of hours, we found a shed skin of our target Carolina Pygmy Rattlesnake outside of a stump hole, but no one was home.

On the last afternoon, in the last 20 minutes, I flipped a small log and found this. Target finally acquired, photography ensued.

Not field herping, but we drove to Wilmington to visit Dean Ripa’s Cape Fear Serpentarium. The exhibits and specimens are spectacular and worth a visit. Dean was kind enough to give us a behind-the-scenes tour.
They fed their 10 to 12-foot Saltwater Crocodile a turkey neck by offering it through a small trap door 6 to 7 feet above the floor of the cage using Pilstrom Tongs that were about 10 feet long. This was for the public. The speed with which that giant herp got so high off the ground was impressive.

They have an impressive collection of Bushmasters and Lanceheads, and fed a number of their snakes that day.

But you’re not here to see herps in a public display, so I’ll move on.

In the fall I made a short trip to the Snake Road area of southern Illinois. We were there for only two half-days on our travel days and two full days in between. Still we hit the weather just right and saw over 100 cottonmouths, 8 copperheads, 4 timber rattlesnakes, and a few other goodies.

It’s all about the timing

This was my favorite find of the trip. As we started walking down the road, a Southern Leopard Frog jumped into the grass. When we checked out where it had landed, we spotted a Copperhead coiled right next to the frog. Photography ensued, including this image. We then hiked the entire length of the road and back again, pausing to admire herps and scenery, arriving back at this exact spot 6 hours later. The frog was gone but the Copperhead was still there, only this time we noticed a second Copperhead right next to it. On reviewing the first photos from 6 hours earlier (below), that second Copperhead is visible, yet none of the six experienced herpers in our party saw it.

I wish there was a size reference in this photo; it was the biggest Cottonmouth any of the six of us had ever seen.

This one was a good 10 feet off the ground. We also saw 3 or 4 that were basking in vines along a sheer bluff face a good 30 feet above the ground.

Many of the 100-plus we saw were neonates.

Timber Rattlesnakes:
Three of the four were juveniles and one was a 3-foot-plus adult male. 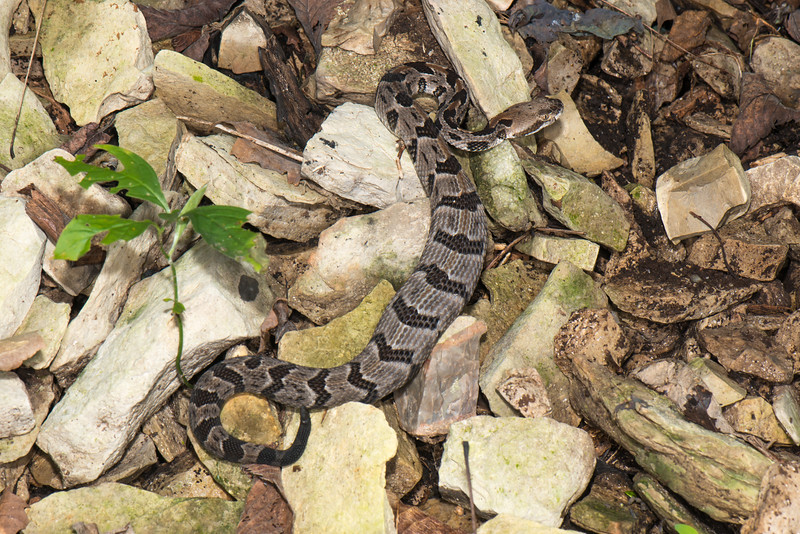 Some other finds:
This Red-bellied Snake was emerging from a crack in a dead log; the log was horizontal and the trunk was about 2 feet above the ground due to the root ball.

Rough Greensnake; hard to spot in the vines

Marbled Salamanders. The one on the right was pale and likely hypomelanistic or white-sided or something. 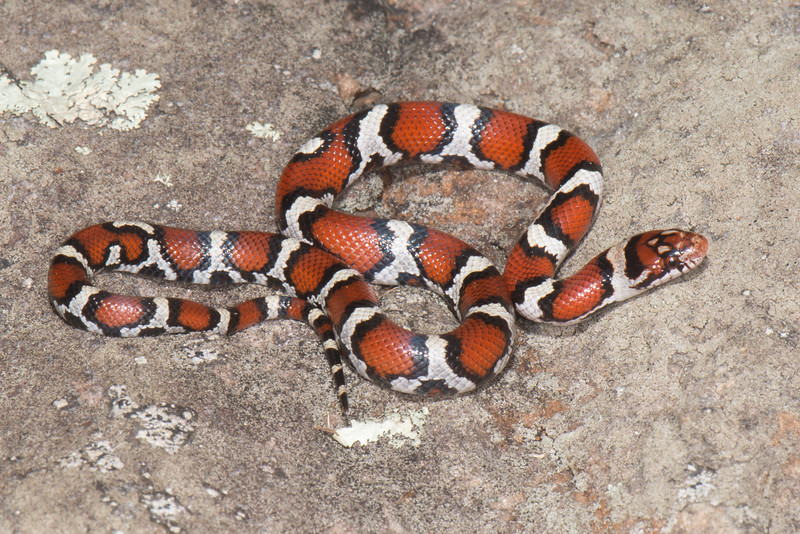 Thanks for looking and Happy New Year.
Top

Very nice pictures. Thank you for posting them.
Top

Nice cross section of herps and nice photos. The story of the unseen copperhead is pretty cool. It is easy to focus on the obvious and miss the less obvious!
Top

Likewise, thanks. I always enjoy what you share, Steve.

Interesting timbers. That adult sure looks like the pink/purple canes of S GA and N FL. He's a lot smaller, I suppose, but otherwise he's a dead ringer. A glorious little dragon-beast.


The “trail” into Collier’s Wilderness to release the captive-born, head-started juveniles. It totally ruined my shoes.

Karst is pretty fierce, huh? Ha ha. I hope you never fell down - it's hard on anything it touches.