Has it been done? Does it work? I'll be in the Sky Islands at some points in the coming weeks and was wondering if it would be worth my effort to flip to look for things. Are the prime flipping conditions in AZ similar to the prime conditions in CA? I dunno, that's why I'm asking here. Any advice would be greatly appreciated!
Nicholas
P.S. I flipped this guy a couple years ago in monsoon season by chance as I only flipped a couple rocks. 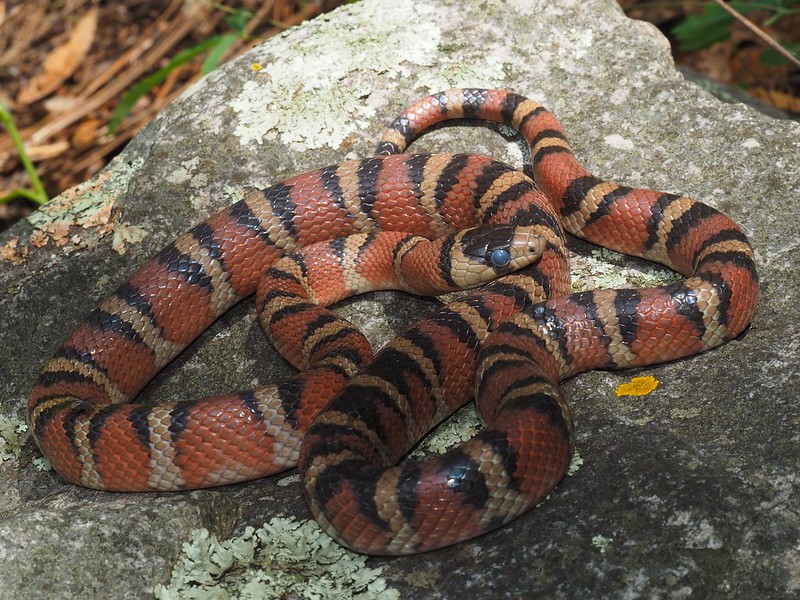 Kind of answered your own question I'd think
Top

It can work as you've seen. Depending on rock availability, it may or may not be a good use of time and effort. Lots of variables to consider but I don't think flipping in AZ is as predictable or reliable as SoCal.
Top

Blacktara: haha yeah I guess a bit, I wasn't sure if I just got lucky though. Bryan, that makes sense, thanks. I've found a couple areas on Google Earth that look like they have good flippables, and if not then at least good overhangs and hiding spots for crotes.
Top

Snakes can certainly be found under rocks in the monsoon season in AZ, but not nearly as easily as they are in Spring. Even then, AZ is a far tougher place to flip than CA due to narrower windows, rapid warming, and overall harsher conditions. Generally, snakes will be under surface rocks to thermoregulate or seek refuge (duh, I know). In the monsoon season, temperatures are obviously warmer and the snakes don't need to stay under a surface rock. They can warm up in plenty of ways. Like your photo, many snakes in shed will hang out under cover for awhile. Also, if they are trying to digest a meal or develop eggs or young, they may take refuge. Otherwise, in my experience, many snakes are surface active this time of year, because it is an ideal time to feed or breed. I would not waste time flipping, but would rather hike/cruise.

Thank you, Fieldherper, for the detailed response. I was suspecting the same thing about the pyro in shed, as I have seen other snakes in shed under cover in Cali in crappy flipping conditions. So it sounds like it's possible (as I had experienced) but the chances are very slim. I'll probably try a bit but won't kill myself over it. Thanks again.
Nicholas
Top

I would add to the generalities, with which I generally agree, that "on the other hand":

So while I would not throw a whole lotta time at flipping this season (unlike say in March), I would also not just walk past those rocks, logs etc that absolutely sing out to you "flip me, flip me, flip me". You know more than you might realize - listen to that voice. You're not just a 21st-century suburbanite with screen gadgets, Amazon, Facebook and so on - you're a highly-tuned predator with a whole battery of useful senses that the supercomputer at the end of your neck integrates into "solutions". Use them ALL to find your prey, don't ignore them or over-ride them with solitary or interpersonal chatter, or over-reliance on just one or two senses. If that makes sense to you; maybe it strikes you as goofy. Makes sense to me.

Good hunting! I look forward to your pics and narrative.

Thanks Jimi,
I can assure you I will flip whatever calls to me, (Trust me, I've flipped rocks that look like the perfect flake in over 100 degrees just because it looks so beautifully perfect haha). I think I have a good sense of the reality of flipping in az now. I'll let y'all know how I do.
Nicholas
Top
Post Reply
8 posts • Page 1 of 1