A gigas sized thanks...

A gigas sized thanks...

I wanted to post a few pics here from last Saturday's outing, as well as give thanks to Porter for spending the day herping with me. I never thought I would have a chance to see a gigas. Much of what I have read makes them sound damn near extinct in the wild, or at very least extremely difficult to locate these days. But after talking to Porter a bit, he assured me we would have a good chance at spotting one in a special spot.

Overall the day was very productive. We saw a Gopher, a handful of Valley Garters, two Cal Kings and two Giant Garters. The first one was smaller and I was unable to get any quality pics, but the second one was around 3 feet and simply amazing. We were walking along a path near a canal, when Porter quickly spotted and grabbed this nice Cal King slithering off to the side: 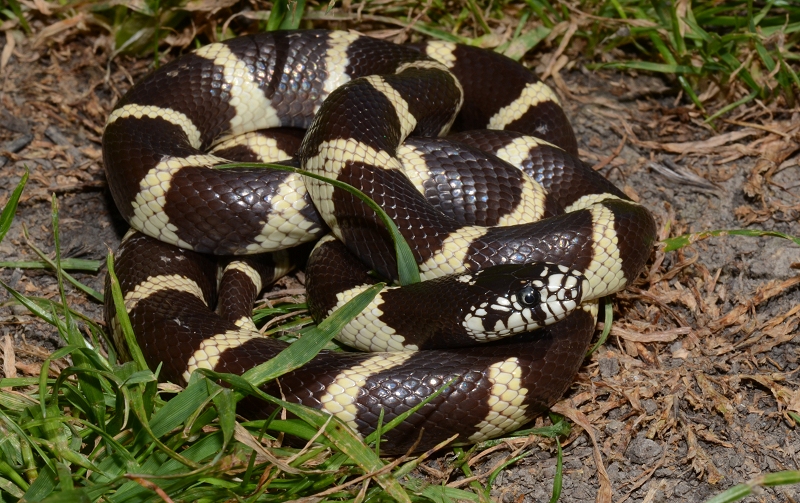 As we were admiring the King, I suddenly heard something really close that sounded like another snake. We quickly began scanning through the tall vegetation and Porter's eagle eyes spotted this gigas moving away towards the canal. I managed to get a few shots of the snake as it paused on some dry reeds. Then of course it took off into the water as I tried to get closer and swam safely to the other side. 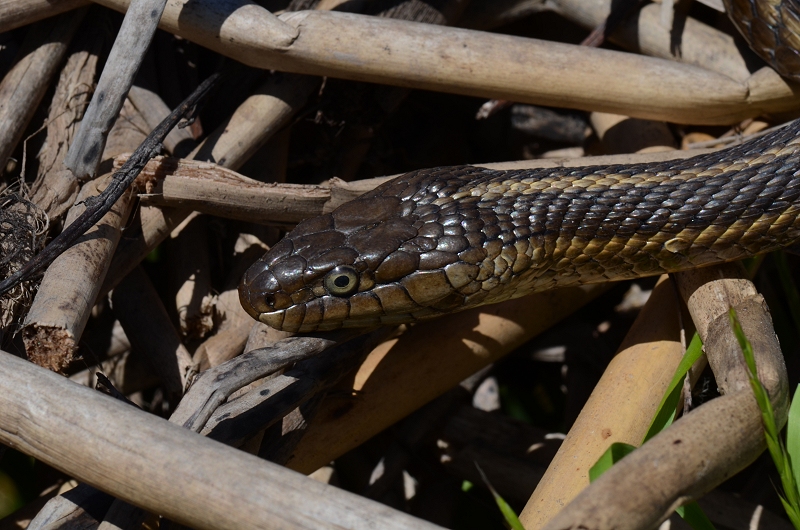 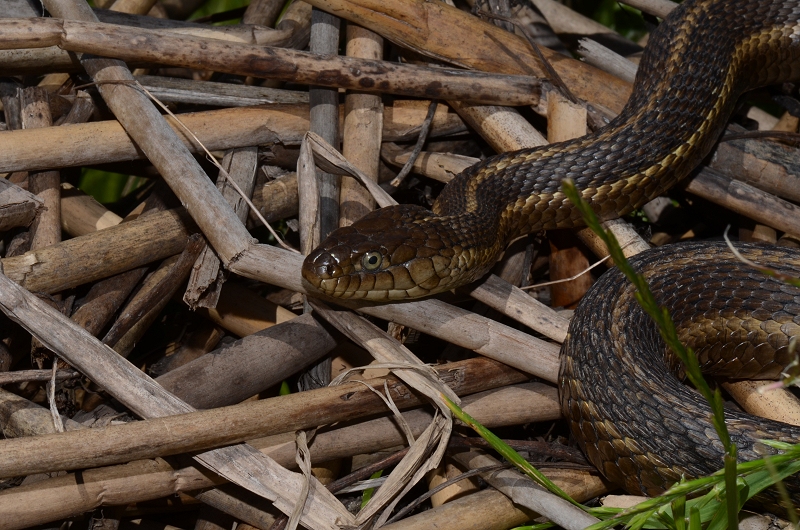 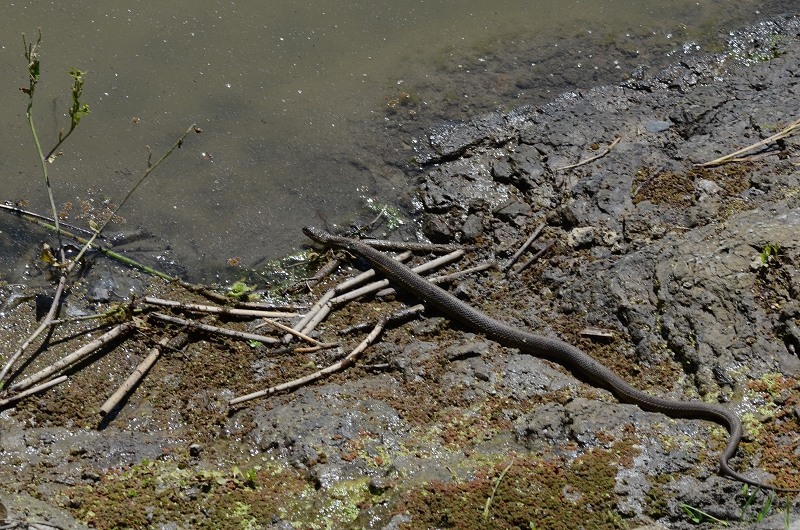 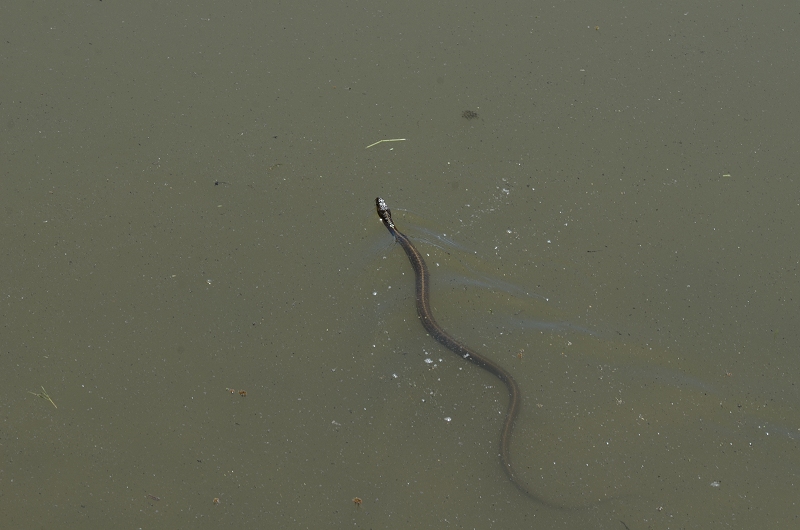 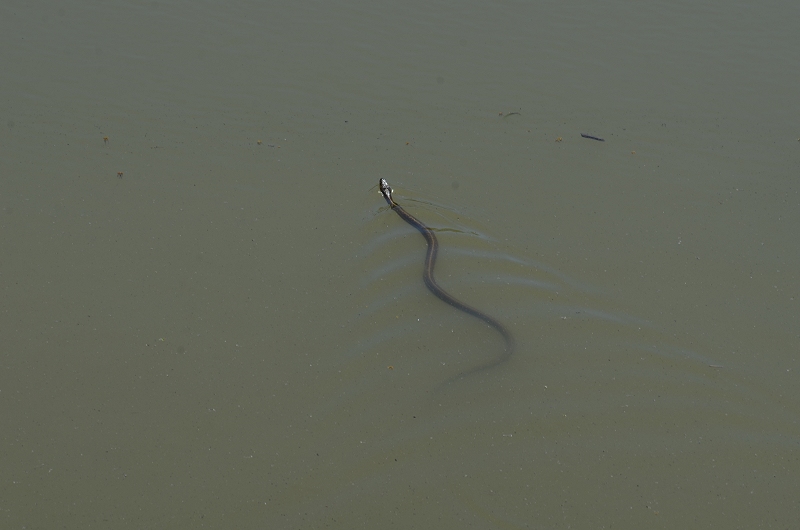 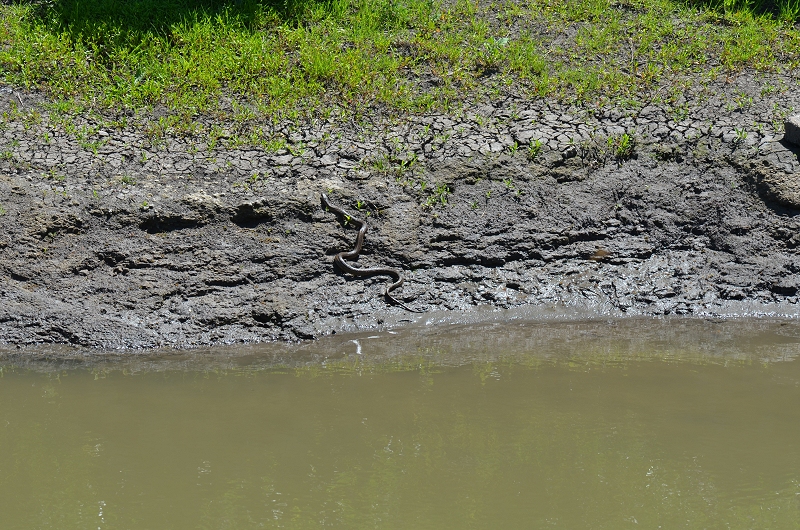 What a snake! The heads on these guys! I really hope the recovery efforts in place for these snakes are successful. It would be a shame to loose them entirely.

Also, here are a few other shots of some of the other stuff from Saturday. 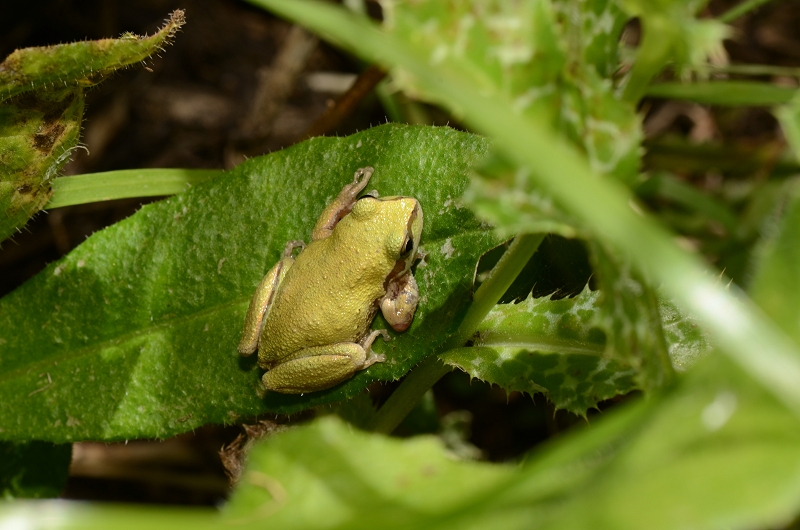 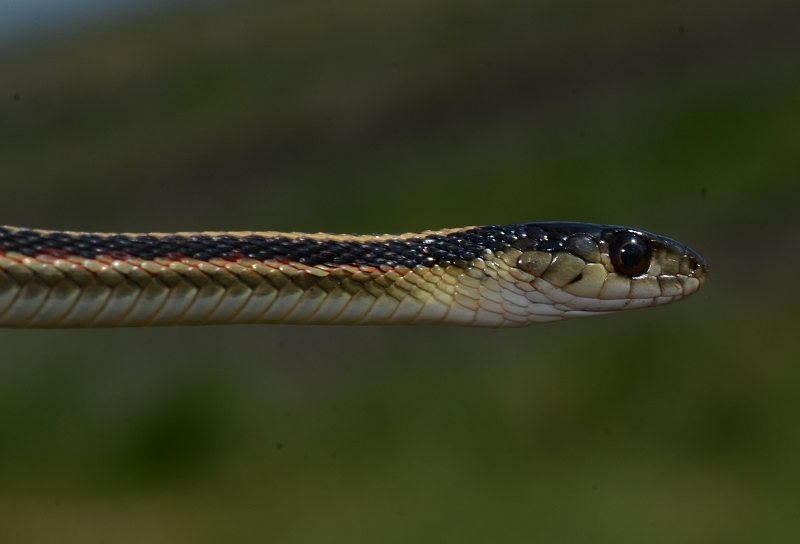 A couple of mysterious deceased gophers. 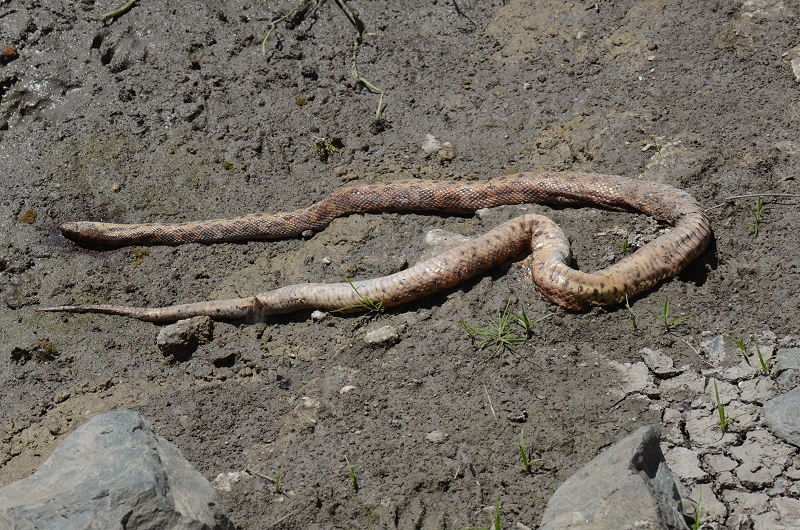 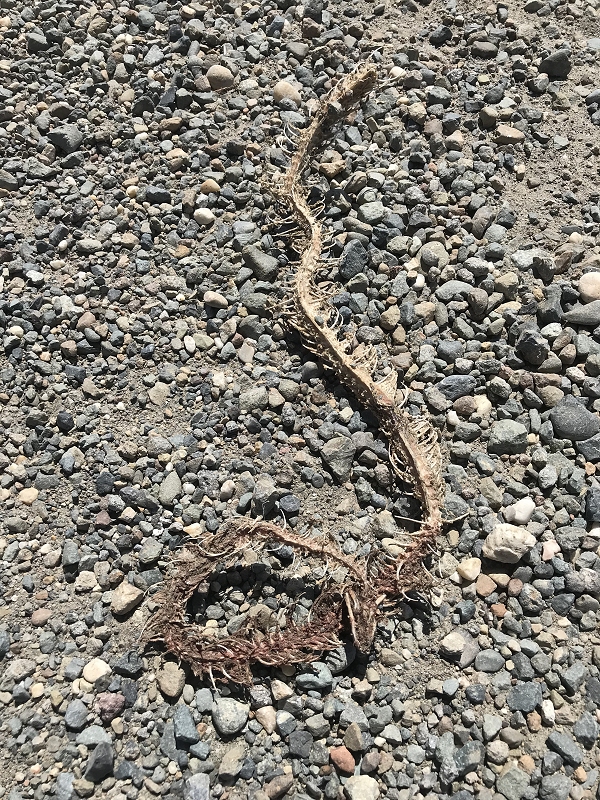 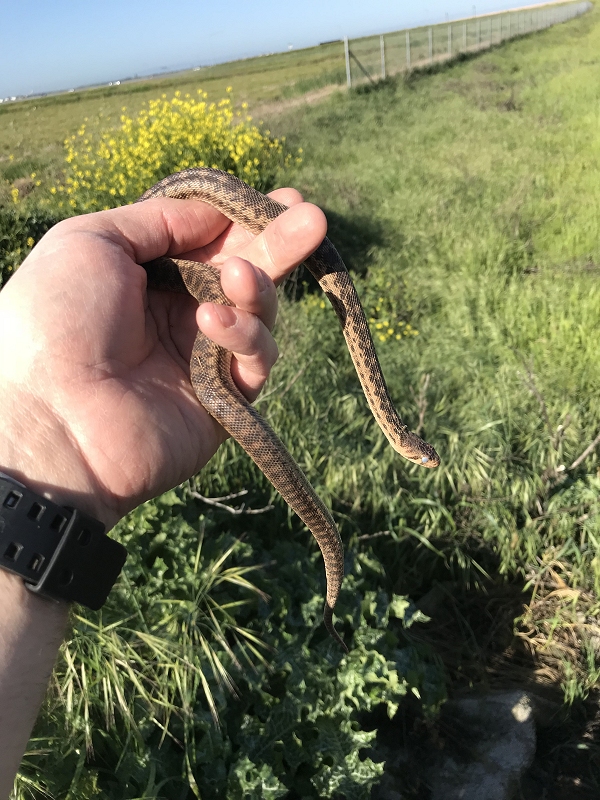 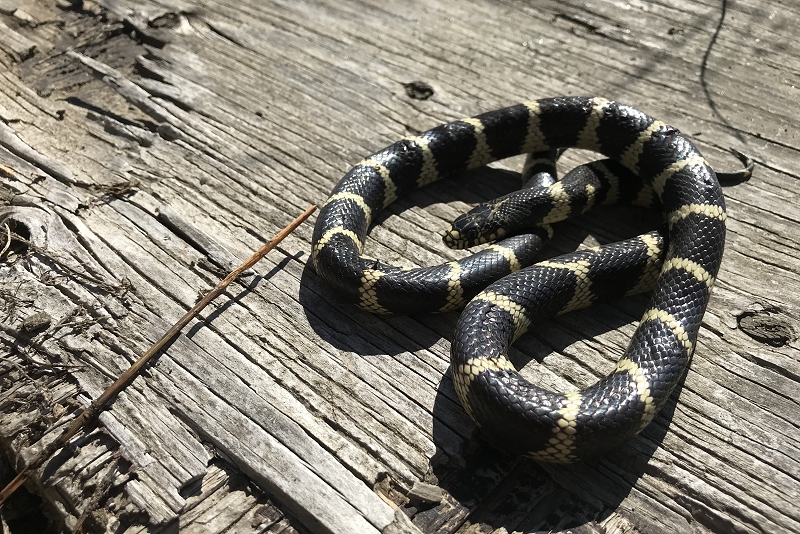 Again, big thanks to Porter for hanging out and showing me some gigas! Hopefully we'll have a chance to herp together again soon.

Looking forward to it.

I'm glad one of us got a good pic of that treefrog! It amazes me... 20-30 ft from water 80° and jumping from one sticker plant to the next seemingly without injury. In your shot it looks like he's comfortably resting right on a sticker leaf.

The coolest aspect of that large Gigas for me was how brown it was. I haven't seen a live brown since 2010 or 2011.... And this one was much browner. I did find a fresh baby DOR last year around this time that was hit probably a half hour before I return to the road, that was chocolate in color like this one but much more prettier uniformed. But this chocolate gigas took the cake. A good representative of a golden brown Gigas.It takes a certain skill to be able to differentiate between the scurrying sounds of a rodent, lizard, or serpent and Bart was spot-on

Watching that guy swim off was pretty rad. Like a huge armored tank traveling in slow motion... I mean look at the ripples. Prehistoric looking beast...

Porter I enjoy always reading the way you describe a herp you like - and luckily that means it happens often.

You reflect on the gestalt of a given animal and express it in ways very few seem to.
Top

Kelly Mc wrote:Porter I enjoy always reading the way you describe a herp you like - and luckily that means it happens often.

You reflect on the gestalt of a given animal and express it in ways very few seem to.

Yeah, sometimes I trip myself out..lol I guess you could say I have a gigas sized hunger for intuitive characteristic description

Welcome. Same to you! I like that you used Flash photography for your photos. The valley garter shot looks cool and without it you wouldn't be able to see how much brown the gigas had. The two sets of photos together create a nice dynamic.
Top

Beef? Who's got beef...?  Herpers got beef? Where's The Beef!? It's time to shake hands with beef ( from The Brown Album)

Also, this was co-written, recorded, edited and produced by a good friend of mine. An old friend from high school. He's an amazing artist . You should see his giant metal sculptures ...amazing! Wherever you are my friend I hope you are doing well...  turn this up loud and flow through the changes and find your peace... behold the Brown Panther Ghost Fool