So I spent about 5 months in South America this past winter, 3 of those months in Ecuador where I did quite a lot of herping. Not all but most in just 3 locations; Reserva Los Cedros for 2 weeks, another 2 weeks at Sumak Kawsay In Situ and 3 weeks at Heimatlos Eco Lodge. I was volunteering cutting/maintaining hiking trails at all 3 locations. So spending about 4 hours or so per day cutting trails and about 2 to 3 hours each night out herping. I saw almost nothing during the day - seriously not much more than handful of snakes in all that time while out cutting trails. The night hiking was of course much more productive though. Not at Los Cedros though. An absolutely beautiful place and a birders paradise, but perhaps mostly too high in altitude (1300 to 1700m) to be a great herping destination (for snakes anyways, there's quite a few really interesting frogs there). Sumak Kawsay, despite being relatively high altitude as well (~1200 to 1400m) proved to be really good for snakes. Likewise I had decent luck at Heimatlos (~700 to 1000m) despite the really dry conditions while I was there.

In total I found 4 species of pit vipers and 22 species of colubrids. Sounds ok, but Ecuador has both 17 species of pit vipers and 17 species of coral snakes. So it was definitely a bummer to completely strike out on the coral snakes and wish I'd found a few more species of pit vipers. That said, I was mostly too high in altitude to be in range of the majority of those species. So for anyone going to Ecuador I would recommend the lowland rainforests in the Northwest (the Choco) or the lower Amazon to really find a larger variety of species. Unfortunately for those destinations there's no real budget options (or not that I'm aware of). So as a backpacker on a budget the expensive lodges were not an option for me. Anyways, I would at least certainly recommend Sumak Kawsay as a terrific budget herping destination. And if you're willing to volunteer and swing a machete for a few hours a day, Heimatlos would likewise be a great option.

B. microphelamus found beside an obviously too big to eat squirrel that it had regurgitated

Bothriopsis pulchra, by far my favourite find of the trip, and to find it munching on a mouse was especially neat.

Love the viper swallowing prey shot, and all the colorful snakes!!! <3. I had no idea it's that expensive to herp in Ecuador! What a shame.

I love coral snakes but unfortunately, we don't get that many species here.
Top

So well I guess expensive is a relative term. For some people, if they're only down for a quick weeks vacation, it might not seem like much at all to spend $150 - $300/night. And I suppose it really isn't much for an all inclusive stay at a remote rainforest lodge. But by backpackers standards that's still pretty expensive. That said, for the possibility of having found a coral or two.. kinda wish I'd spent the money :/

Malaysia might not have many species of corals but you guys got I think the most beauty one there is, and of course I'm referring to the gorgeous Malaysian blue coral snake. Still annoyed that I never found one last winter, grumble grumble.
Top

Yeah, our blue coral snakes are really cool. You'll have to find both the Peninsular subspecies and the Bornean subspecies: 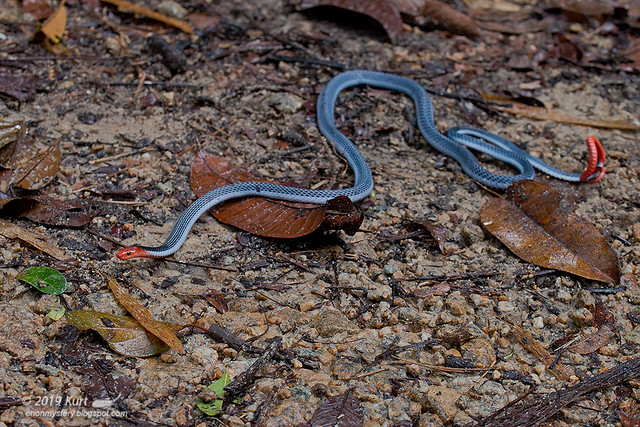 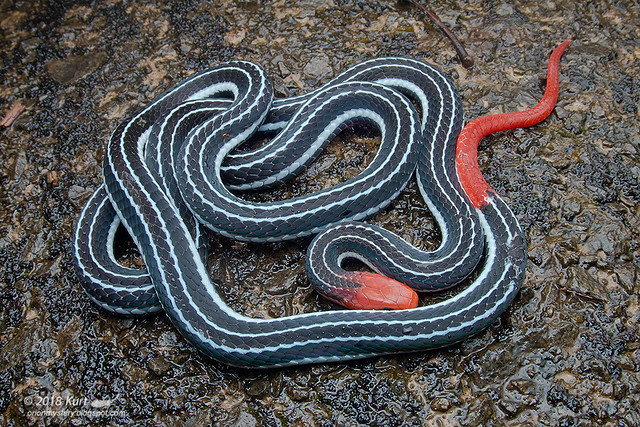 Wow, great pics and beauty snakes. I think I have a slight preference for the peninsular subspecies since it really has that proper blue coloration.
Top

Missing the forest and the wildlife so much! Not allowed to exercise outdoors. No hiking, no herping either. As soon as this is over, I will go camp at the substation and herp till i drop!
Top

Oh bummer, ya I'd go crazy being stuck in the city for too long. As is I'm lucky to be both living and working in the middle of the forest. So plenty of wildlife but unfortunately, with the exception of one species of frog, there's zero herps this far north. So I'll have to wait until October before I can (hopefully, but perhaps not depending on the travel situation) go somewhere tropical and snakey. Anyhow, hopefully you'll be able to get back out herping sooner rather than later!
Top
Post Reply
7 posts • Page 1 of 1