I think most of our love of herps started from this book. I still had my original from 40 years ago when I was 10, but sadly over time, and kids, it was ruined. I was able to pick this one up in great condition and my wife mounted it in a shadow box for me...

If your to young, or this wasnt part of your past, Ive included some pics of southern NJ finest just so it was worth yout while for opening the post...

What a perfect thing to do. Oh gosh i just woke up, and tapped of my alarm and now i have a lump in my throat.

It was a Stebbins guide for me. The first one I got my hands on was given to me by kid named Chris Boomgarden. Well after we had become what you would call profound field Herper’s at the age of 13. He resembled Sean Penn from bad boys, a little more on the Tasmanian devil side, with a face full of acne. My grandma droped me off at his house for the weekend after he had moved all the way out to the Arden area. I hadn’t seen him for a long time which was probably a year or two, and he had Stolen the book from the school library to give it to me because I was an artist

and as anyone familiar with the Stebbins guide knows, it’s full of beautiful artwork.

Up until then, although we had found just about every species you can find in Northern California (Sacramento/north Highlands/Rio Linda/Roseville/Sierras), we had no scientific knowledge or field guide knowledge. We learned it all organically. Like wild caveman. No parents to help us. We basically figured out snakes could be flipped under boards from searching out plywood for skateboard and bike ramps. That led to logs and rocks. The California nightsnake was a viper snake because of the cat-like eyes that resemble a rattler… Yellow bellied racer was a green watersnake because the only one I had found was out hunting over anachraris... and the striped racers we found, my dad coined as giant garter snakes, having worked for fishing game but never seen one, and later queen snakes after seeing a Poorly painted queen snake in a sixth grade library book. Once seeing that Stebbins guide, I finally knew what these things were actually called. Lol

I think I was going into high school from junior high the summer I got the Stebbins guide. So I didn’t use it much as I lost interest and got more into music art and skateboarding. But then years later, (within past 10 years) I was going through books at a Goodwill and I’ll be damned if I didn’t find a copy of the Stebbins guide. A canvas cover (water resistant?) which looked to be one of the original prints. I’m trying to find it, if I do I’ll post a pic, it’s gotta to be in a box somewhere (recently moved). It was such a cool treasure to find I’ve rarely opened it. I think I may put it behind glass someday

My most intense adult herping was in Fl, never thought of havin a camera. Still there are years of my life i dont recall well but seconds of my time around Mayport that swell up to take their place.

As a kid I only had one buddy to go lookin with and we both thought we could smell where the snakes were. Lol
Top

I don't know if I had that one. The first one I remember really reading cover to cover was the audubon one. I actually still have that one.
Top

I think most of our love of herps started from this book.

Maybe you had to be in a certain location or financial group, but the "golden" was the start for me also, then Pope and Ditmars from the library, and the coveted 1958 edition of the Conant Field Guide...

Any one who thinks they have contention with anyone else, truly, and earnestly, look at the shelf of these books.

Even the worn tint and wear should bring you to the den of your fellows.
Top

The Zim and Smith Golden Guide was the trigger for me as well. I got a copy for my birthday in 1964 and expected to find Dicamptodon basking beside waterfalls as portrayed therein (didn't work, by the way). The glue binding was awful and I went through several copies at $1 each. Several years ago I bought an ex-library copy that was a hardbound with the original cover. In several professional correspondences with Hobart Smith, I assured him that it was the Golden Guide that ignited my interest in herpetology, and he seemed truly pleased that this, of his 1100+ publications, had such an impact on young people.
Jeff
Top

This is great. I loved mine and wore it out in the sixties. The first snake I ever caught I remember trying to hold it like the illustration showed with the snakes neck held between thumb and forefinger, only I held it way too tight and it had a swollen neck for a week. It was my very first snake and every time I saw that book (I still have it) I thought of that snake. I loved the illustration of the pine snake and always hoped to find one every time I saw a pine tree or pine needles on the ground, regardless of where I was living at the time. I still have never found a pine snake. Good memories 50 some years later.
Top

Hobart Smith was apparently a real human.
I wrote a letter to him in Ubana in 1958 and he responded to this nobody, 10 year old, 1500 miles away. Reflecting on these years later, I was impressed that this Professor/Author took the time.

1965 I attended my first College Zoology class in Missouri under Dr. John Black and he told a story that he, DR Black, knew Dr Smith, attended a lecture by Jean Louis Rodolphe Agassiz together, and confirmed that "Hugh" Smith, as he called him, was really personable!
Top

I had (and still have!) the Zim/Smith guide, which for a young person was a little misleading for species identification due to the artwork, and some of the descriptions were disappointing as well. I considered this volume a significant leap forward: 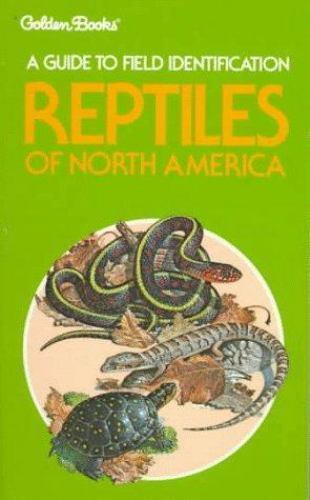 So much so that I checked it out back-to-back numerous times from our local library and typed out (on an old-school manual typewriter) all the dichotomous keys, even before I knew how to type! I finally bought my own copy several years later and I still have it.
Top
Post Reply
12 posts • Page 1 of 1