Here's a trip I took to Costa Rica earlier this year (like January early). Most of this is birds but I'll put all the herps at the beginning then move onto the other stuff. Since everyone said they were down for my bird photos from the Galapagos/Ecuador post I won't feel so bad overloading another with our avian former herps.
This trip is shot all around the Dominical/Uvita area with a side trip to the Cerro De La Muerte to see the Resplendent Quetzal. Most of these (besides the hummingbirds and Quetzal) are shot around Hacienda Baru and also hiking around Oro Verde Nature Preserve near Dominical.
Enjoy!

Our gecko friend at our house. Lived in a hole behind this flourescent light and I really couldn't get it out any further than this. Seemed like there was plenty to eat when he just stayed right there. 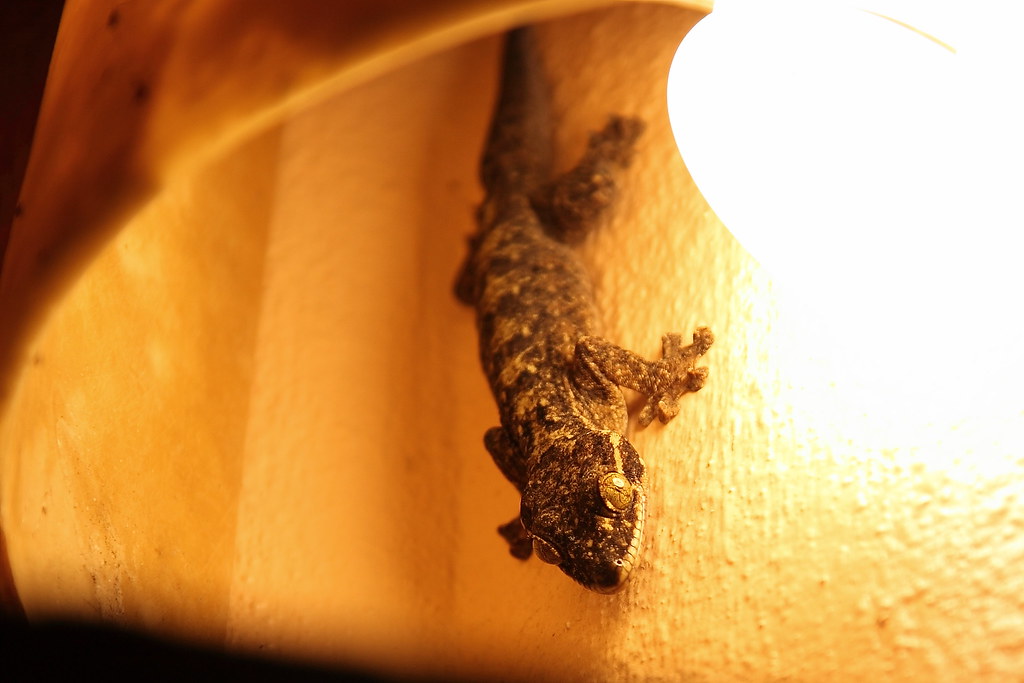 Of course these Ctenosaurs were on our roof and everywhere else all day. 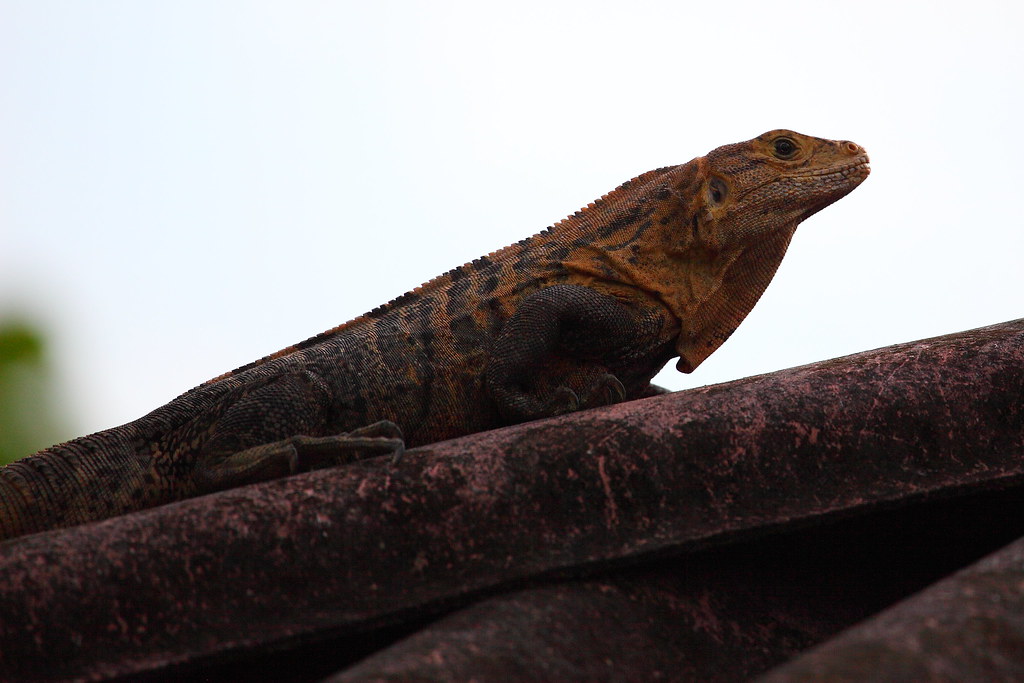 Can't drive over the Tarcoles river without stopping and checking out the crocs. Bummer is it's really hard to get a good perspective other than the overhead shot. 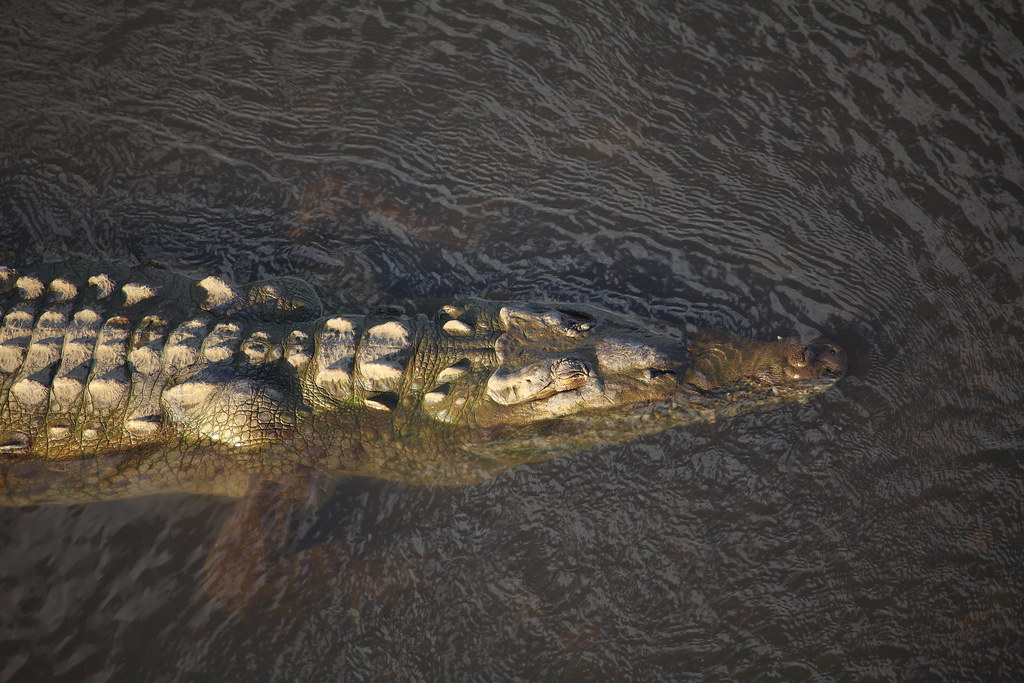 Couldn't get to this Green and Black Dart Frog quick enough before he retreated to a hole. 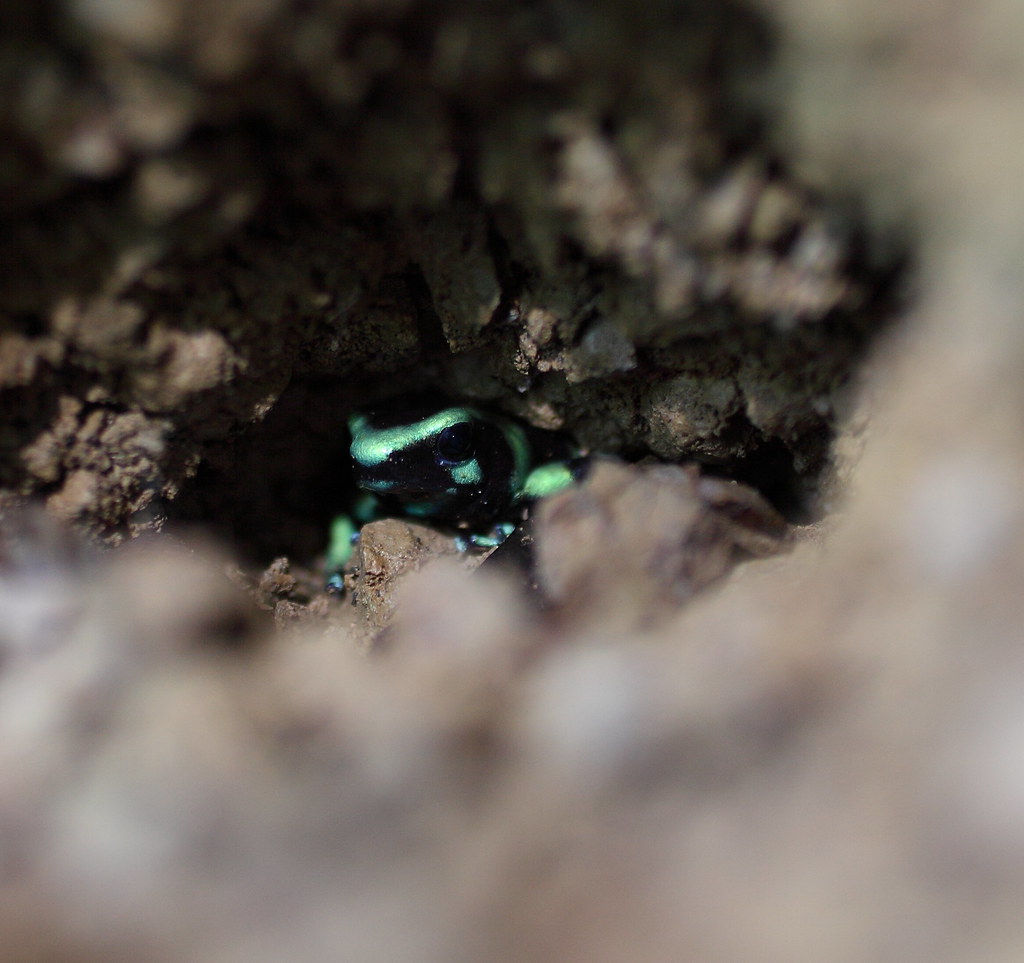 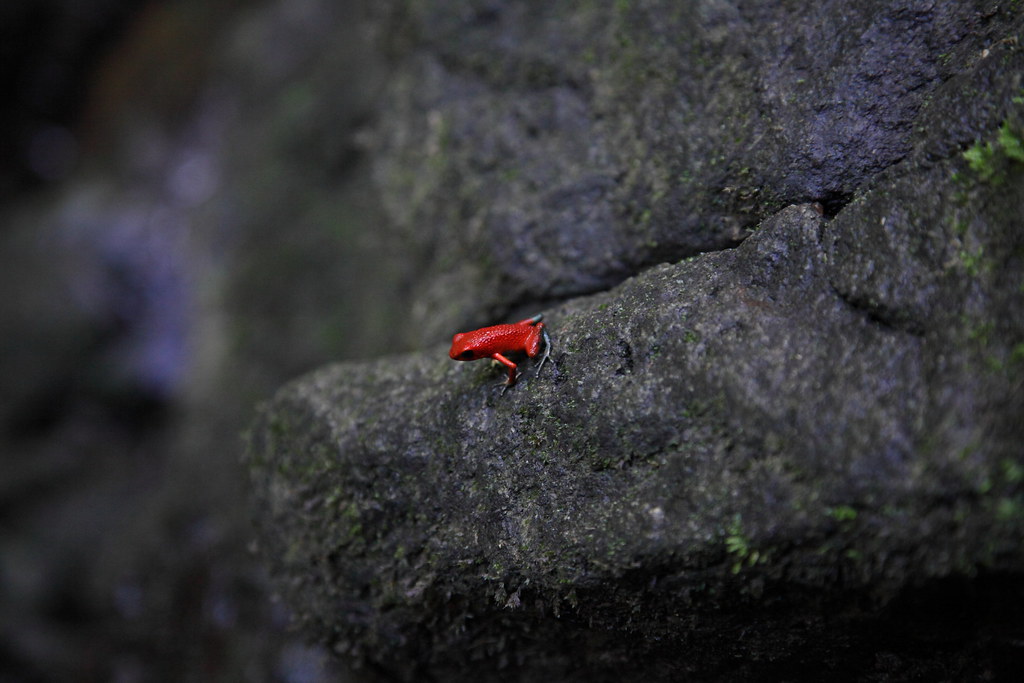 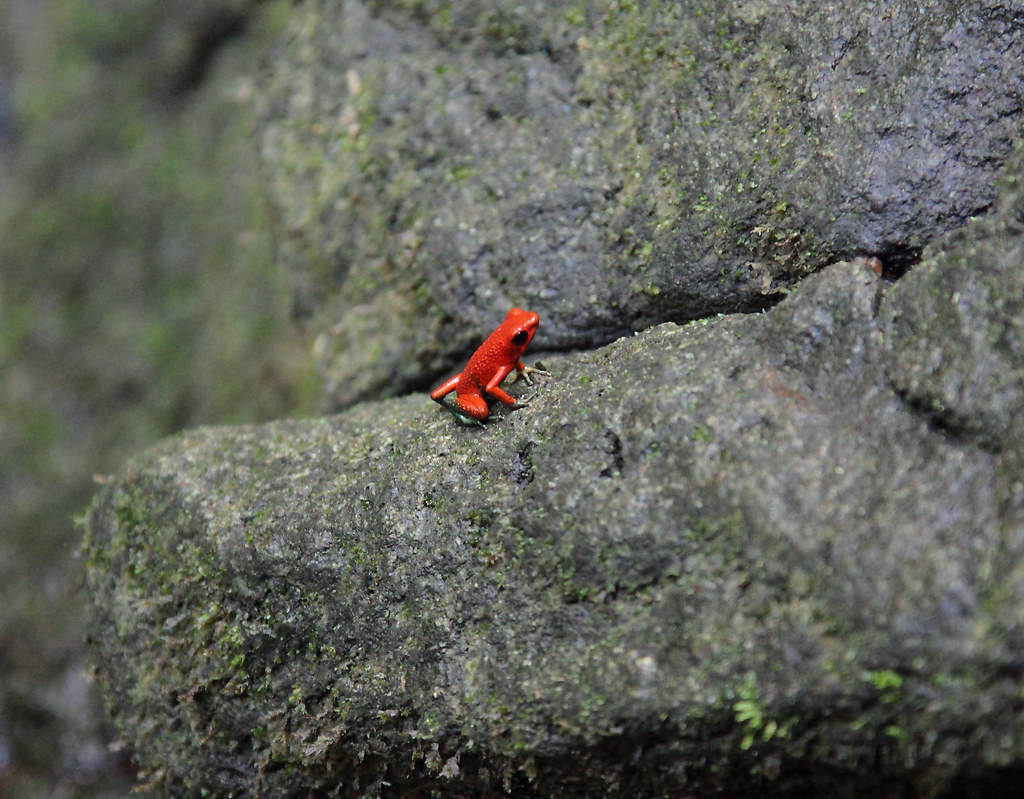 And that's pretty much it. My wife and I mostly were out birdwatching and looking for mammals so I didn't do a ton of herping, but my next trip this coming April will be different.
On to the birds and mammals-
Howler Monkey 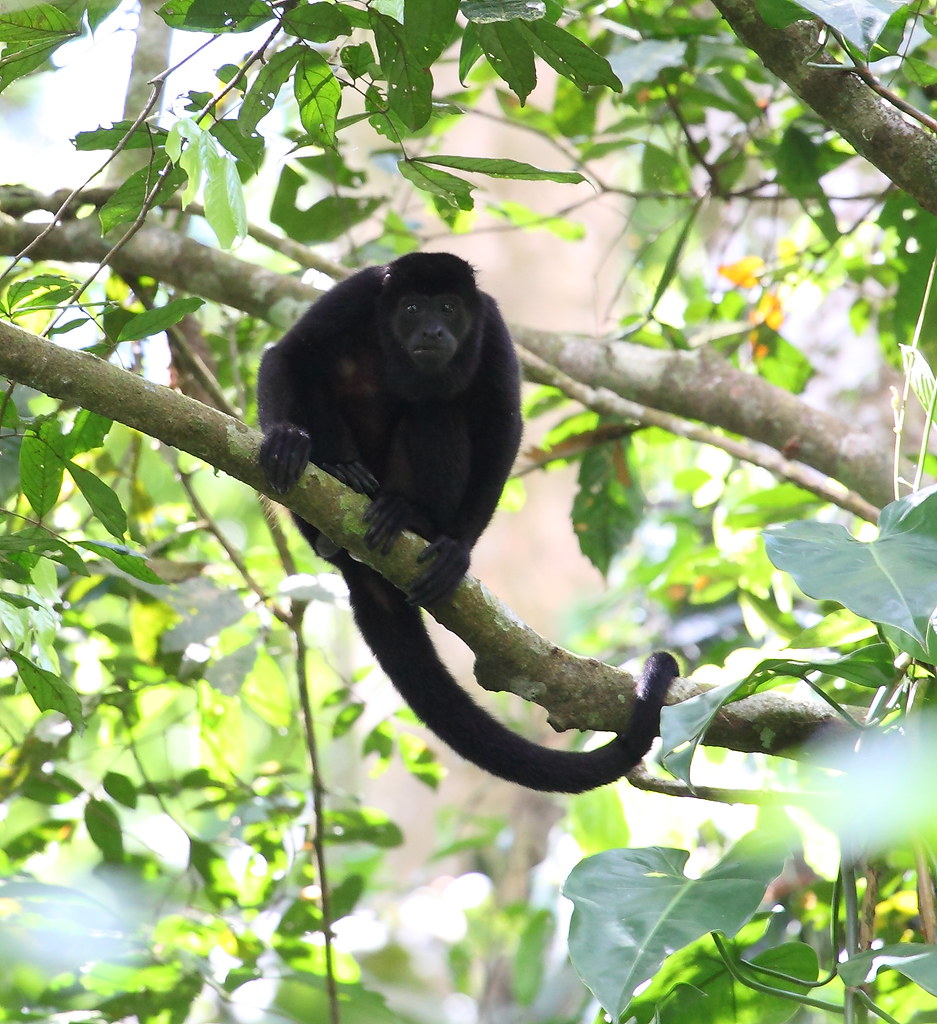 4:30pm was deemed "Toucan O'Clock" at our place. Every day on the nose these noisy Chestnut Mandibled Toucans show up and just wreak havoc. So loud and so awesome! 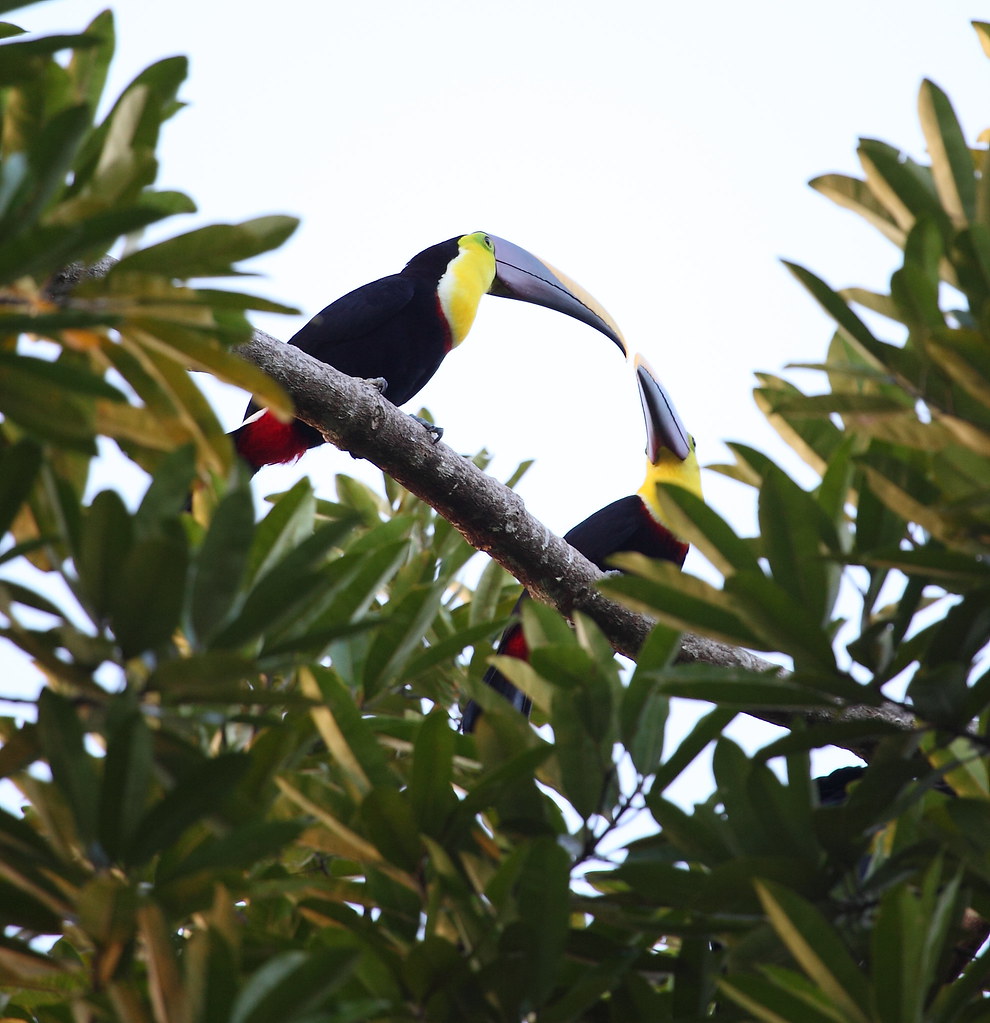 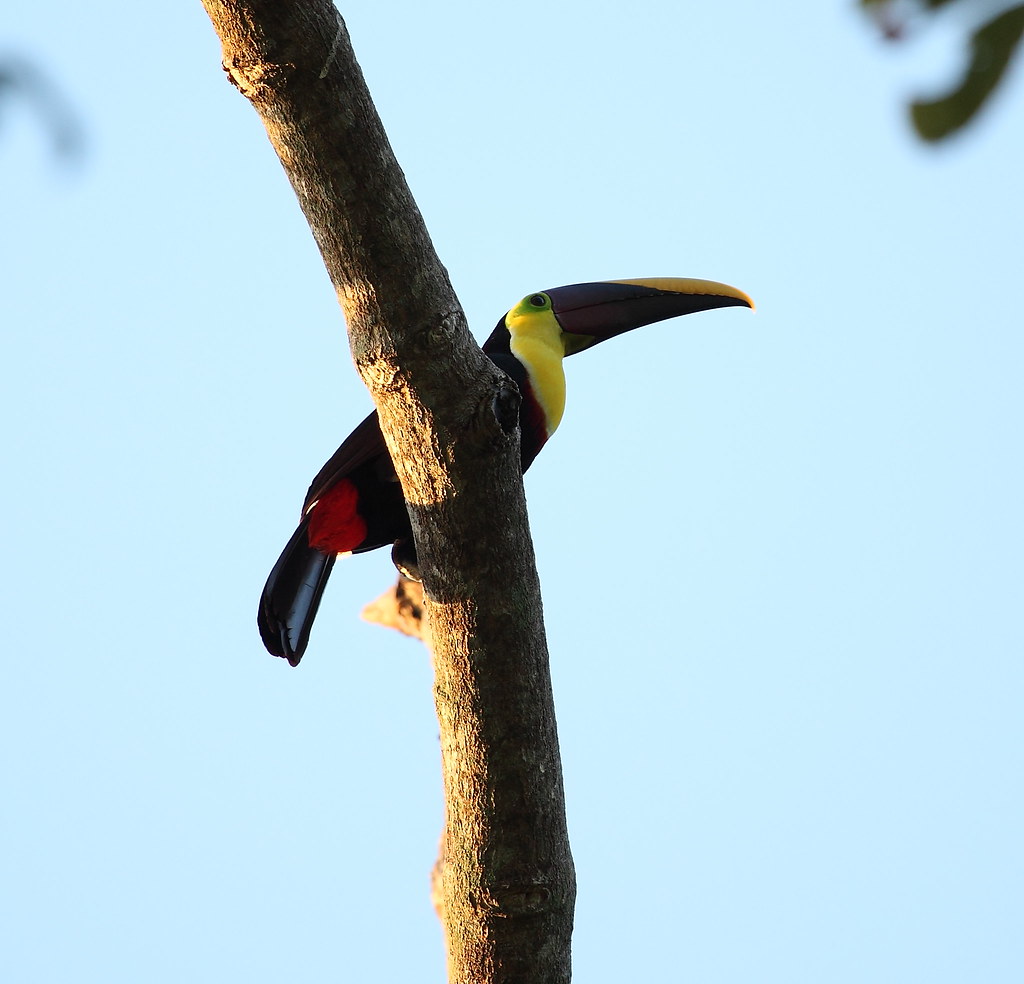 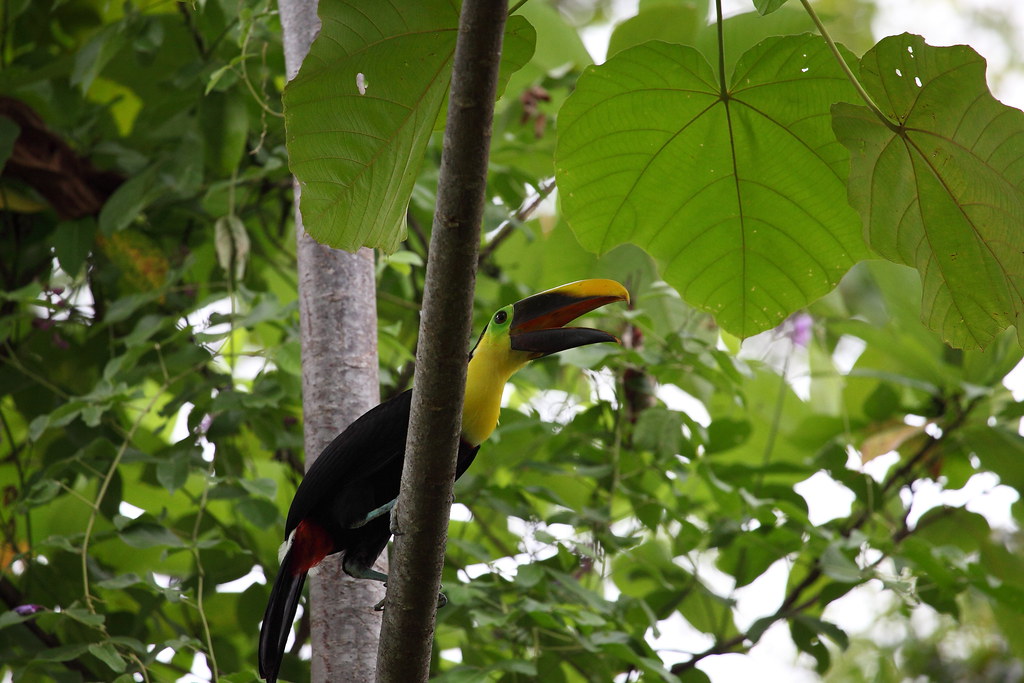 Coming in a little earlier than the toucans were the Fiery Billed Aracaris. A bit smaller than toucans but very colorful. 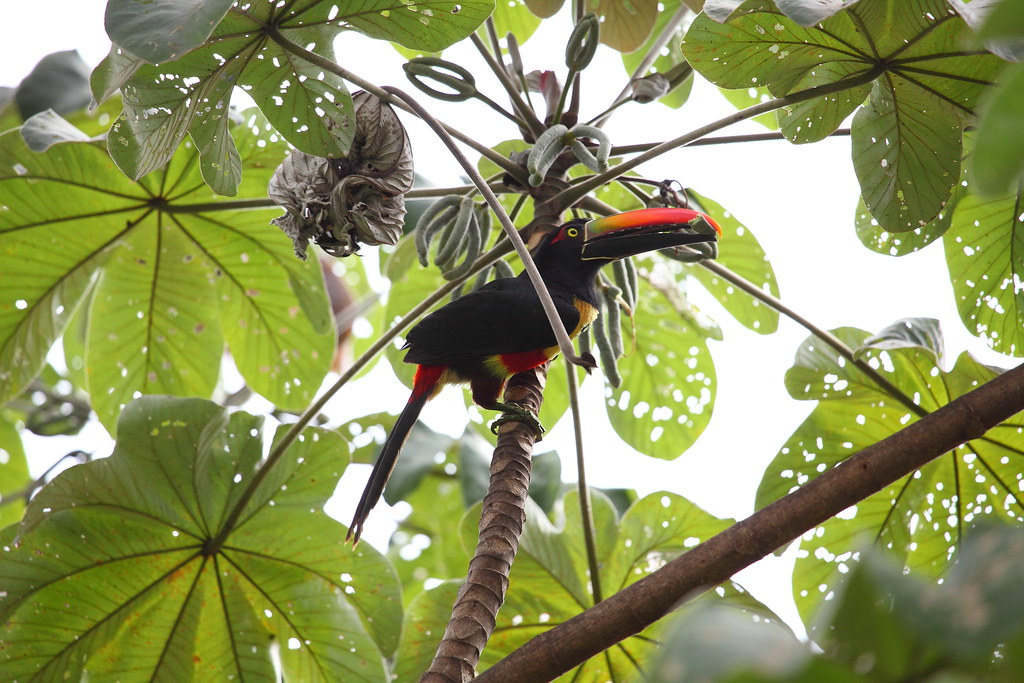 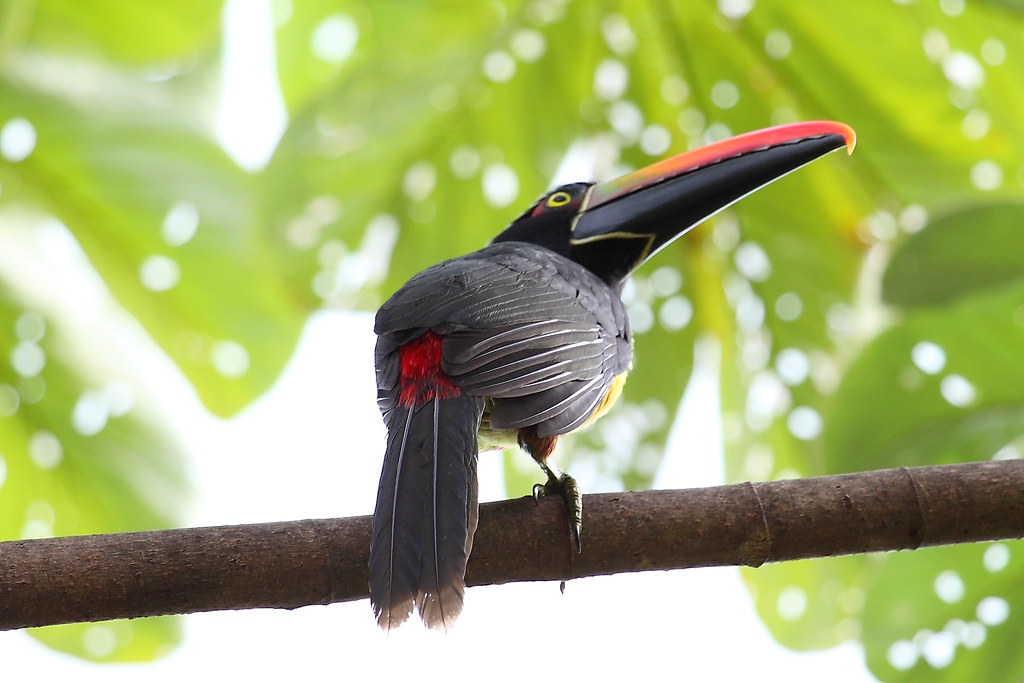 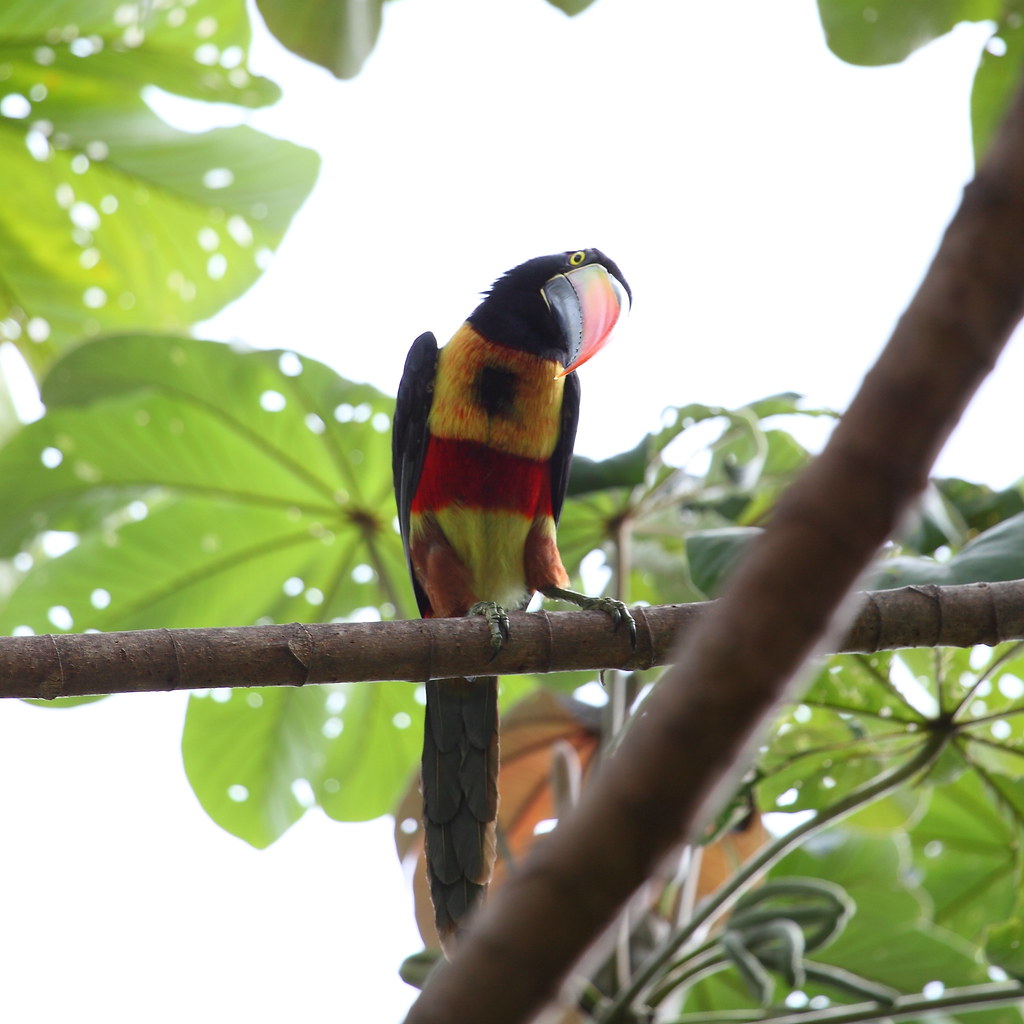 First trip I was able to find a couple of sloths on my own. Once you know where to look it's not impossible, but still very difficult. 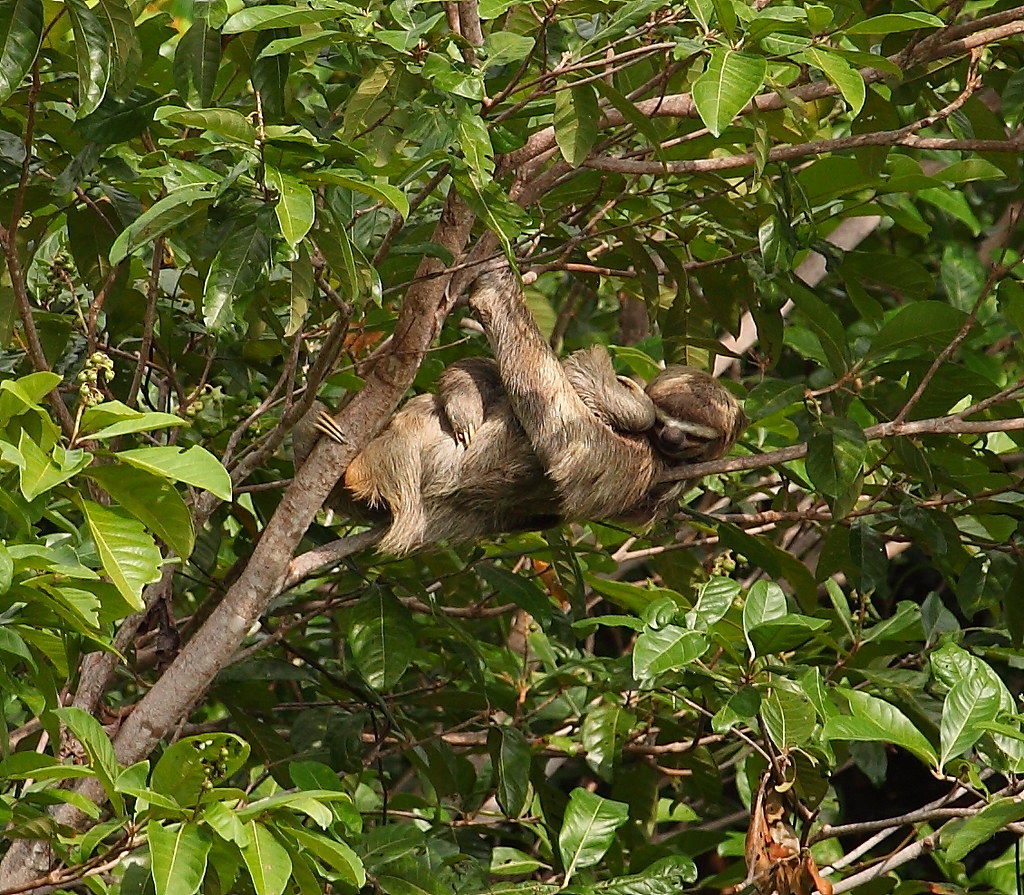 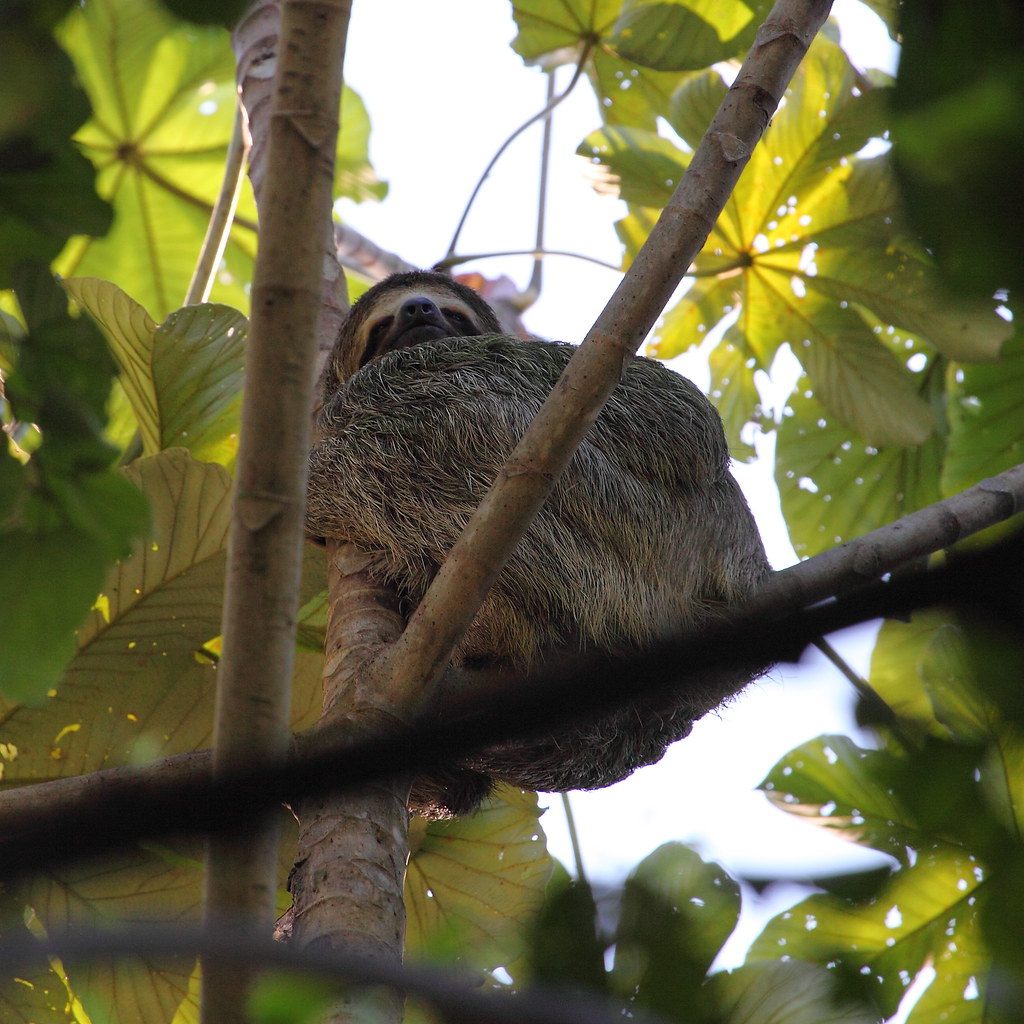 There were TONS of Coatis at one of the places we hike at (Hacienda Baru). They're seriously everywhere. This one was grubbing out on worms. 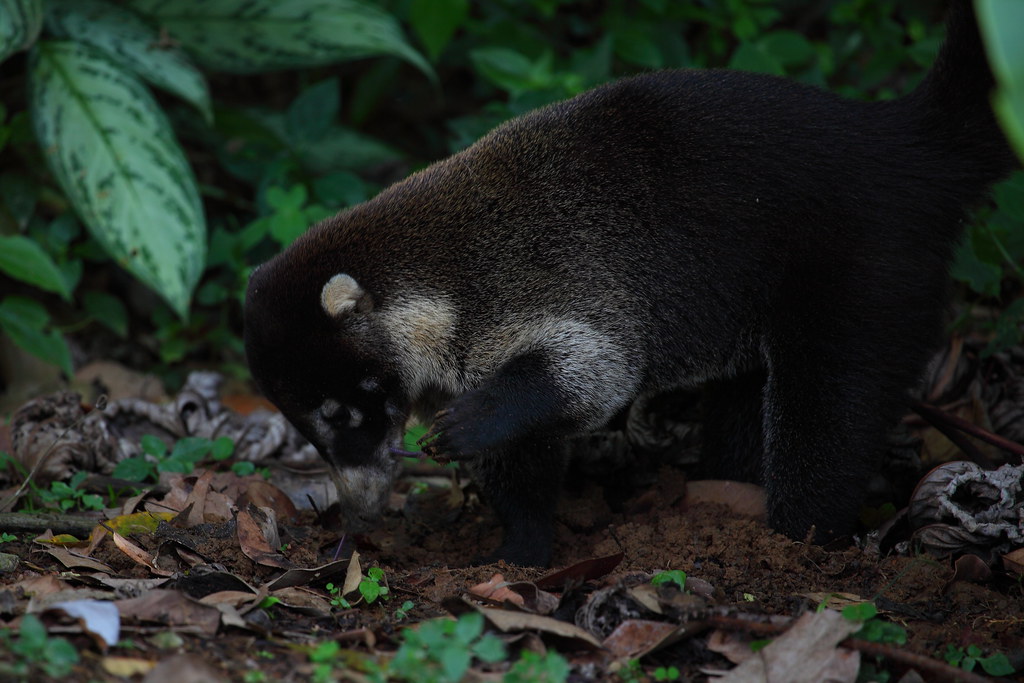 On an early morning hike at Oro Verde we were lucky to find a pair of Spectacled Owls. One posted up almost in the morning sunlight. I'm not sure which photo I like more. The darker one has a better feel to me though. 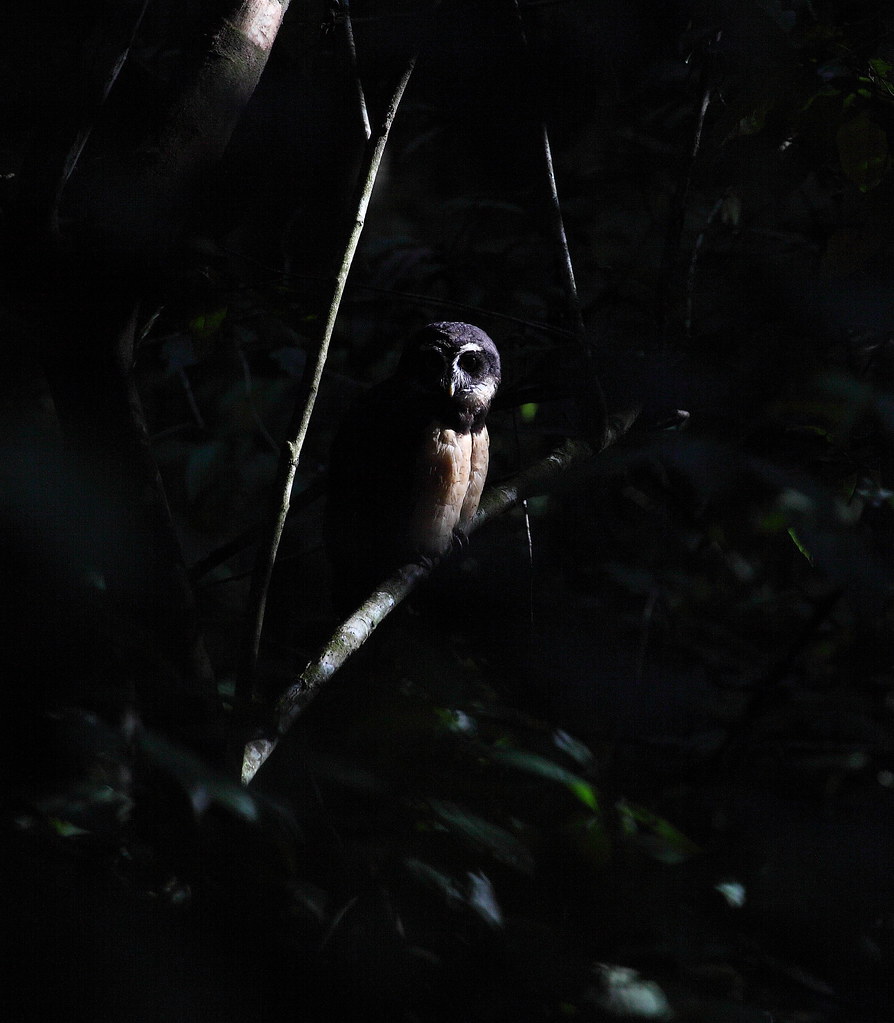 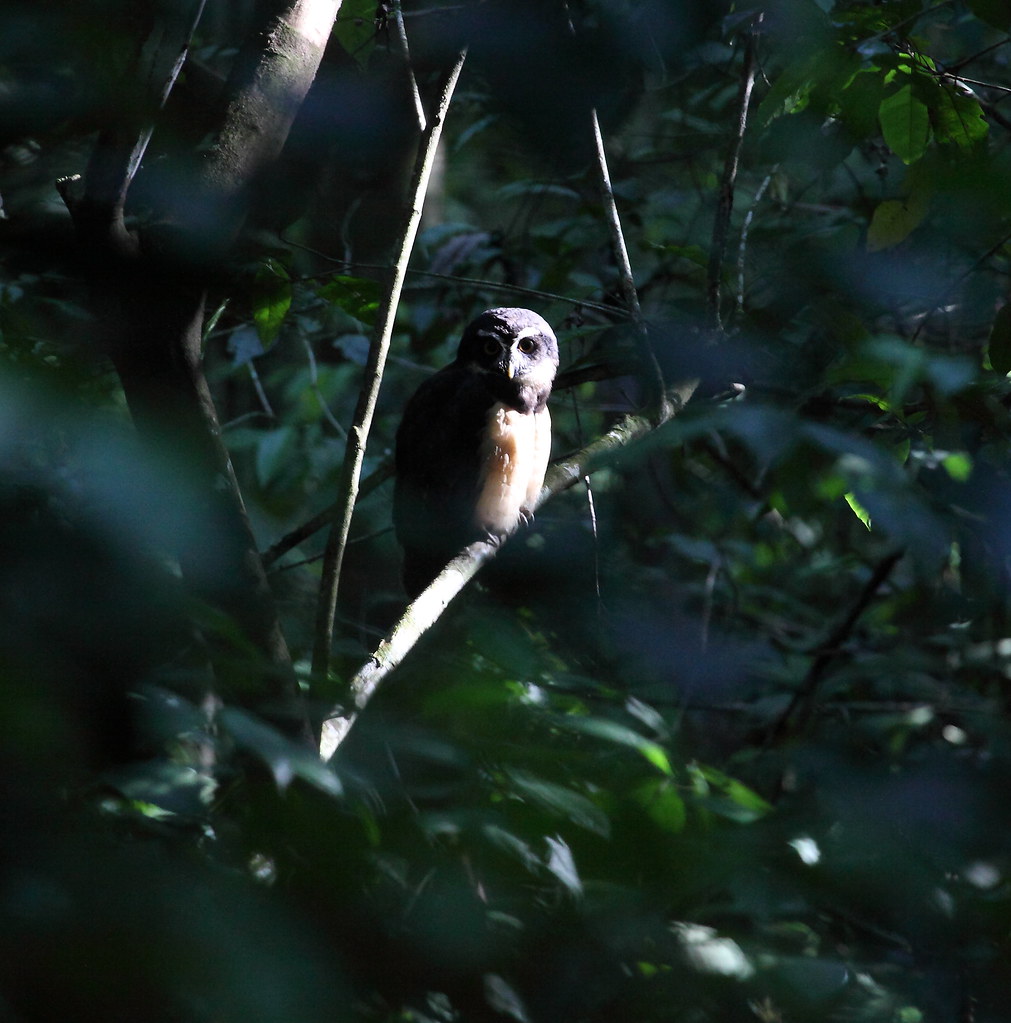 Odd insect I found on a leaf. There was an identical one on the underside of each leaf too. 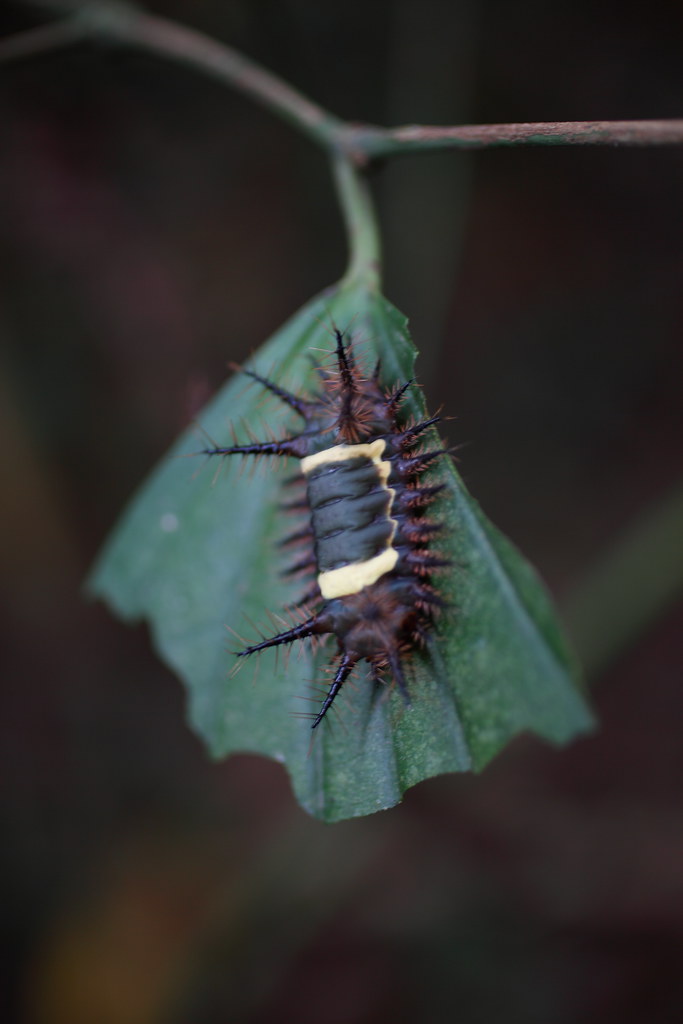 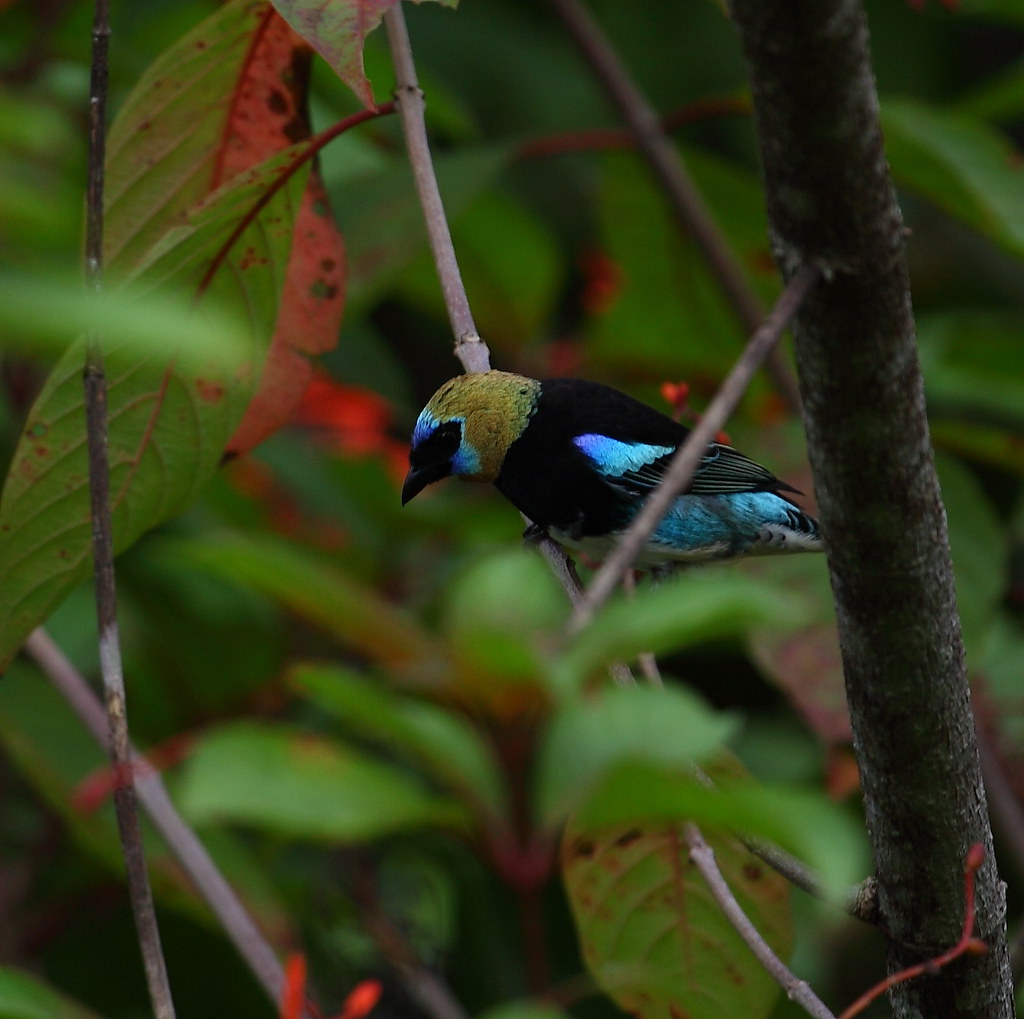 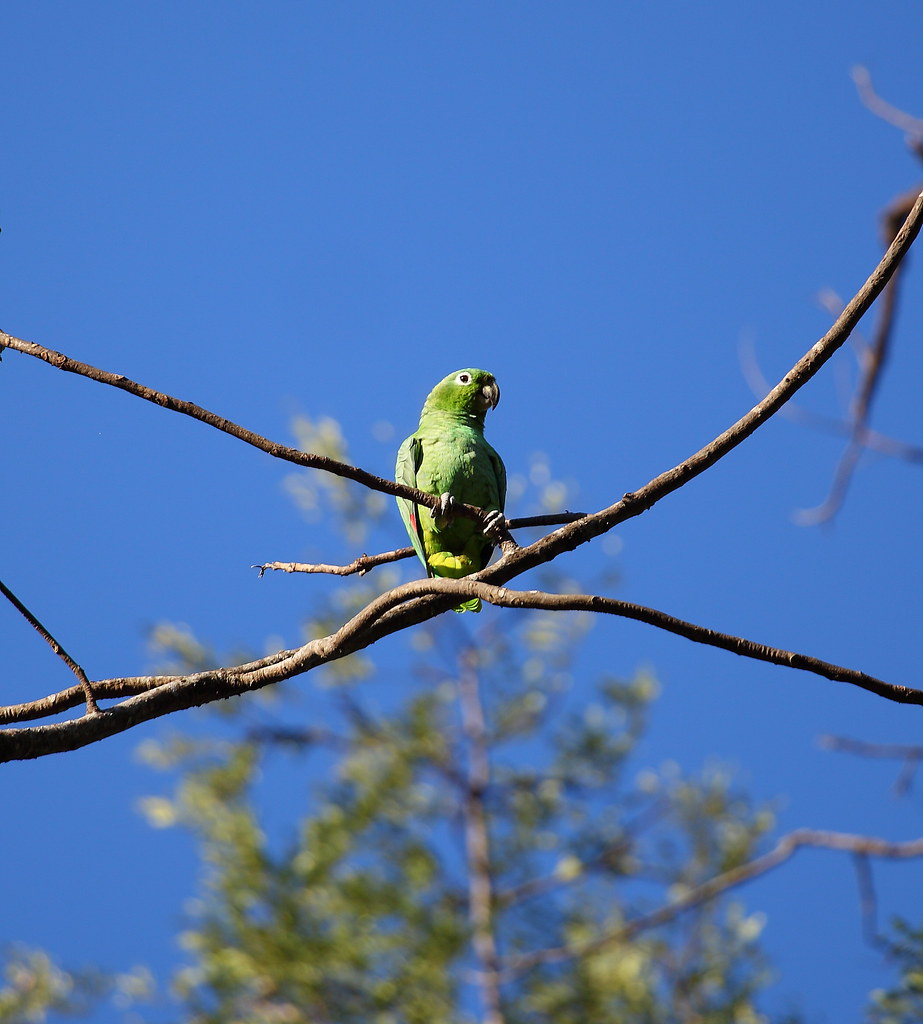 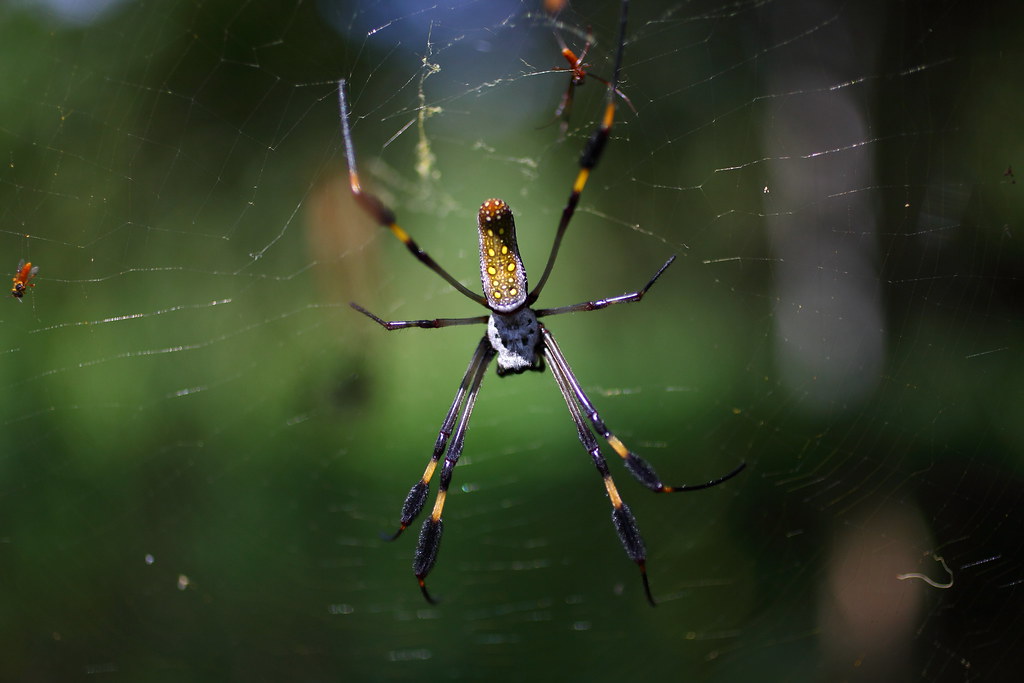 We went up into the mountains to the Cerro De La Muerte to search out the Resplendent Quetzal. Plenty of hummingbirds up there to gawk at as well. 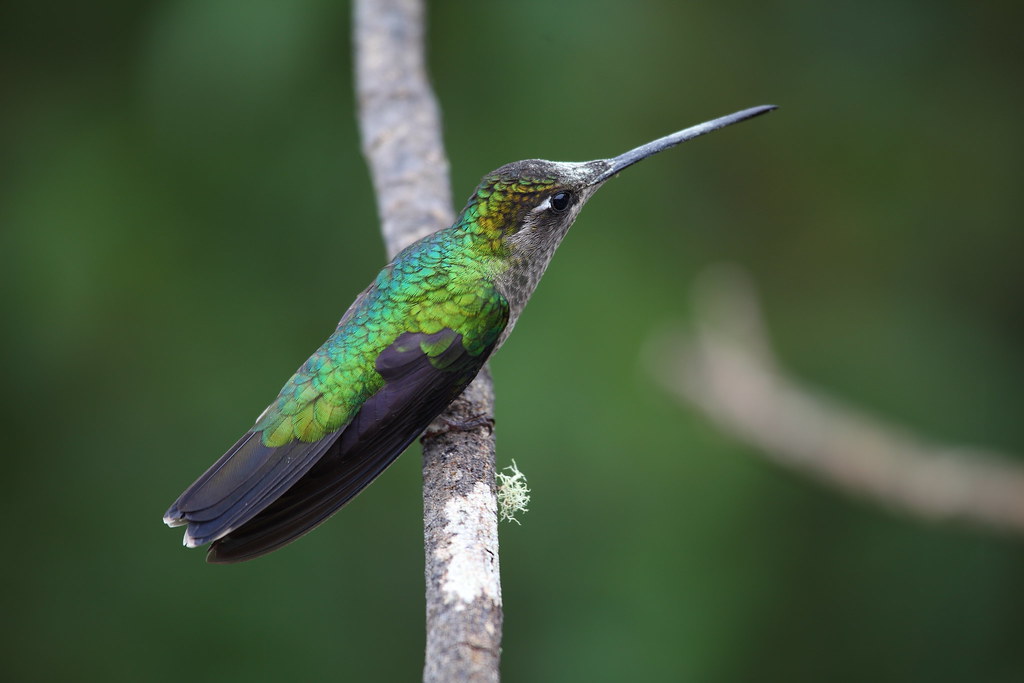 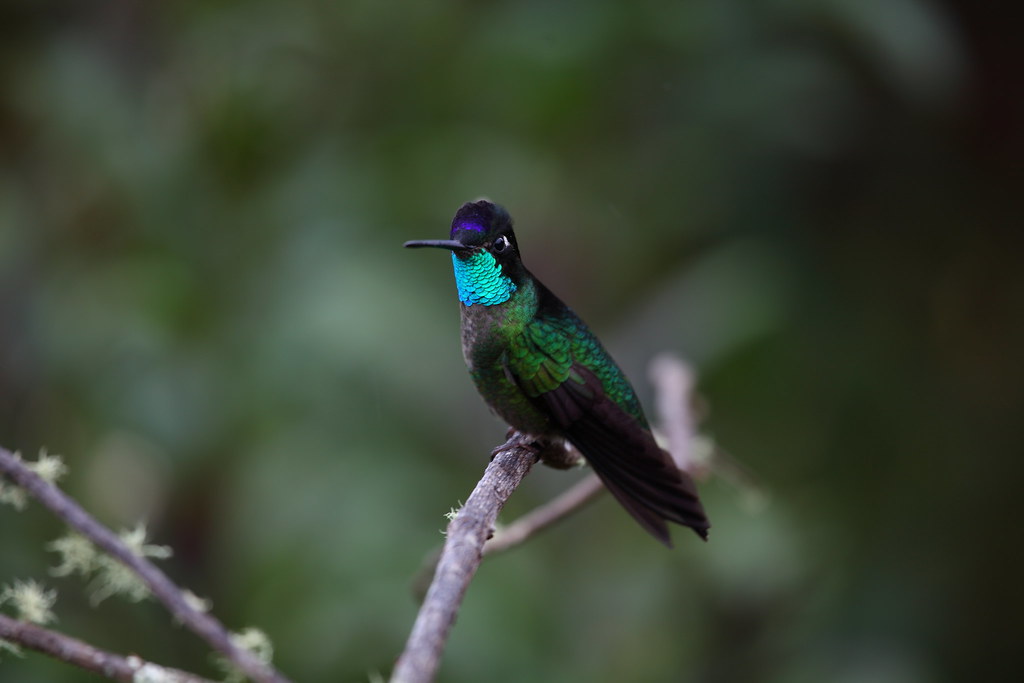 Fiery Throated Hummingbird when he finally turned my way 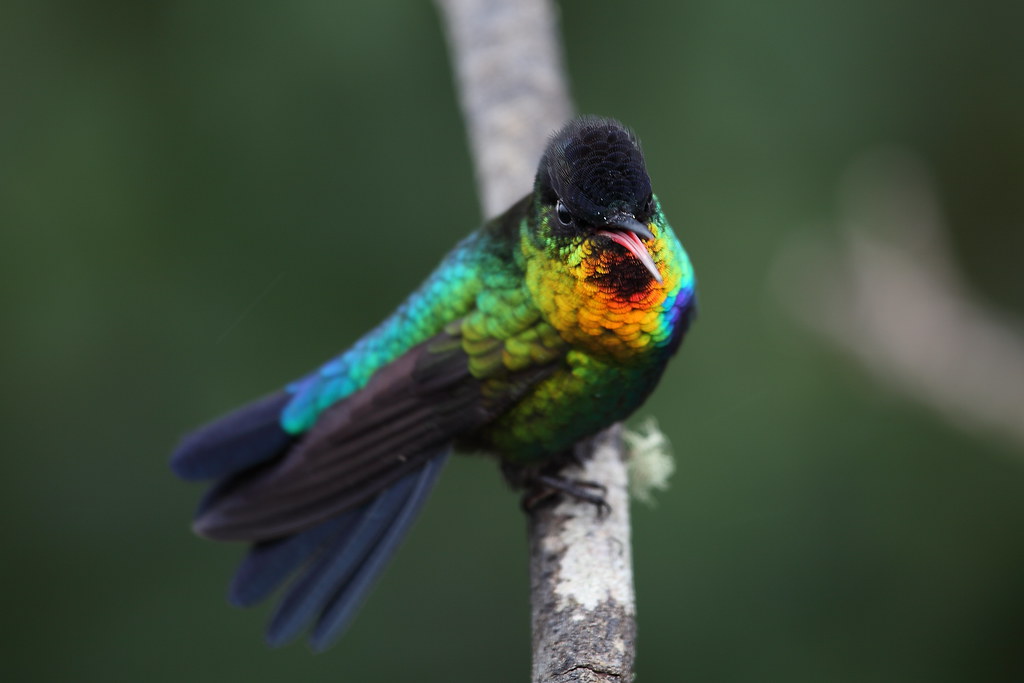 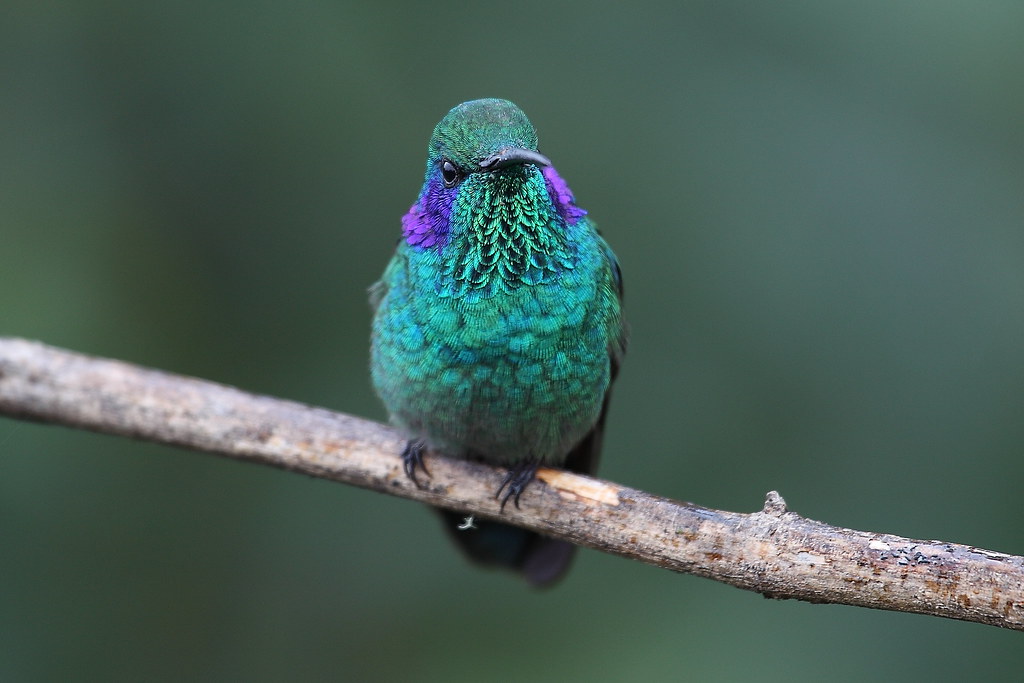 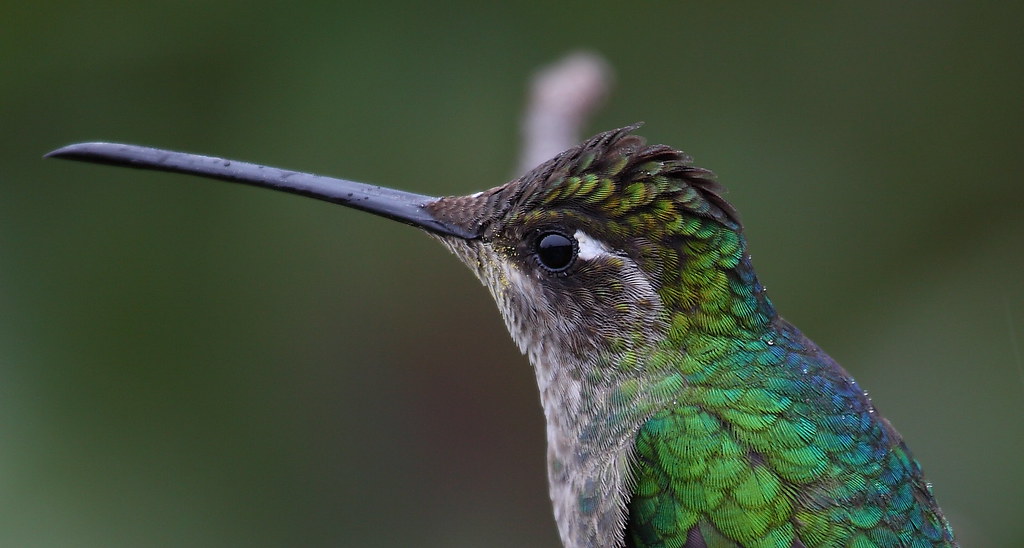 It was sunny when we started hiking and of course up in the mountains it got foggy/rainy at about Noon. The owner of the land ended up going hiking with us and found a couple of Resplendent Quetzals for us. Shooting against that background sucked but the bird is so awesome it makes up for it. I wish I had a scissor lift to get up to it's viewpoint though and shoot from there. Definitely on the lifer list but when we got back in April I'm going to try to find them on my own and shoot some more. 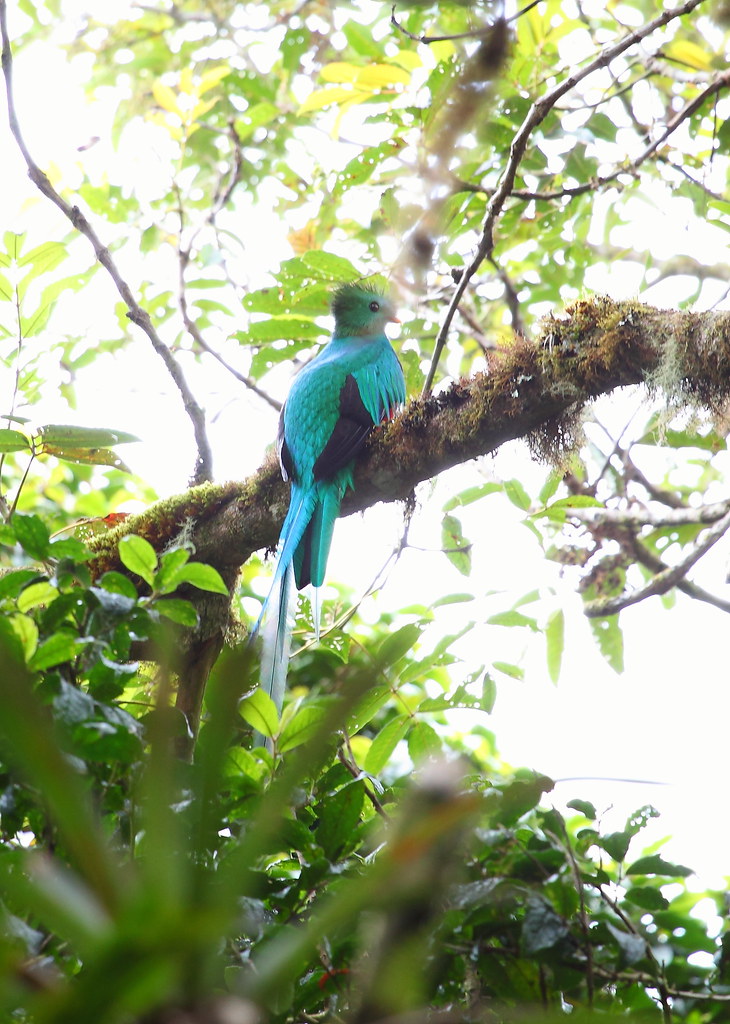 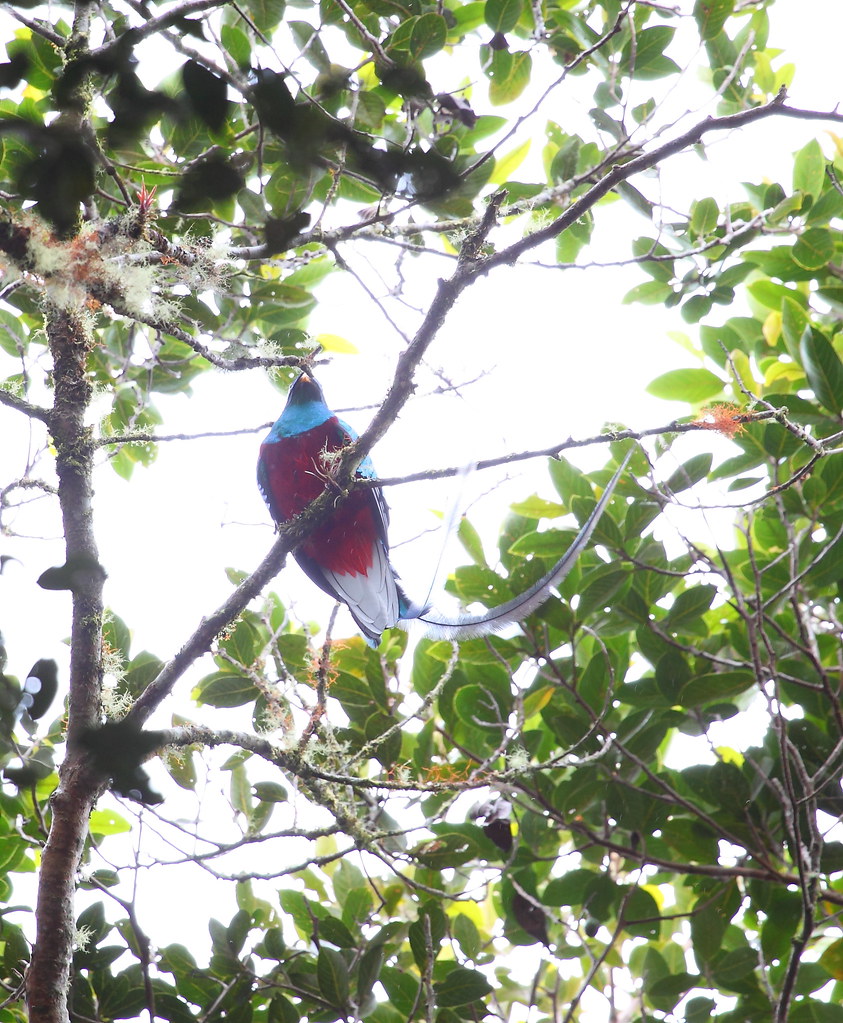 I guess I'll end on this one, it's a decent shot of the bird with the tailfeathers showing well 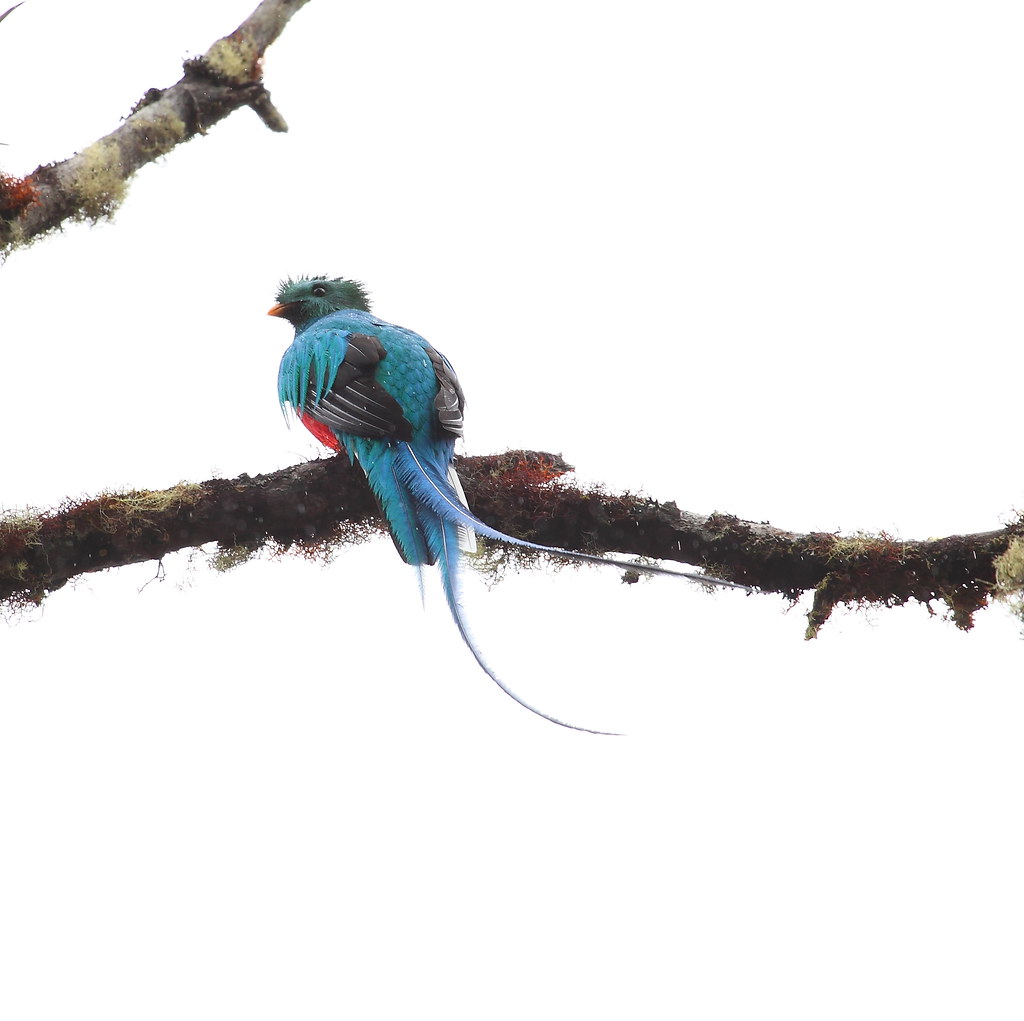 When I was in Costa Rica in July, the quetzals were moving down to the lowlands. Our chances were low, but we were advised to go to a clearing down the road from Monteverde Cloud Forest. After about 45 minutes, one flew across the clearing and sat in the tree for a few minutes. Definitely an awesome bird! Those hummingbird shots were awesome.
Top

Great job!!! Toucans and Aracaris are just plain awesome, then, maybe not so plain.
Top

Wow! I love quetzals and would love to bird CR someday. Nice shots of those hummers as well; I really like that photo of the fiery-throated hummingbird as it turned your way.
Top

Hey Rothdigga, I'm staying in Hacienda Baru with my family in a few weeks. Would you be willing to share with me more details on where to look for the quetzals and awesome hummingbirds you got?
Top

Your unknown insect is an Acharia sp. Caterpillar (possibly nesea). Accidentally leaning your forearm against one to photograph other things is highly unpleasant!
Top
Post Reply
6 posts • Page 1 of 1