From LA to Death Valley

From LA to Death Valley

Hey guys, I thought I would update you on what turned out to be an awesome week for me. Full of Lifers.

On Thursday I was at school eating lunch with friends when one of the science teachers who I know pretty well came over and told me that someone had claimed to have seen a snake on the other side of the campus. At first I assumed he was trying to get me to run all the way over to where the "sighting" occurred as a joke - this is the type of relationship that I have with my bio teacher lol. He seemed insistent, though, so I went to check it out. When I got there, one of the security guards told me that he had seen the snake on a brushy chaparral area just adjacent to the sidewalk. Under the first piece of wood that I flipped was this bad boy.

My very first Ringneck! I was beyond stoked!
San Bernardino Ringneck Snake. 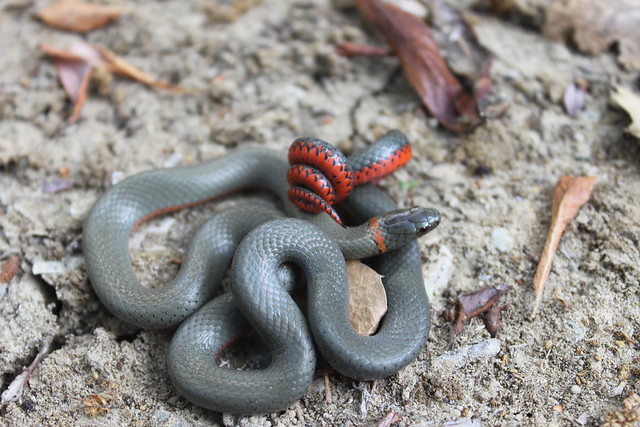 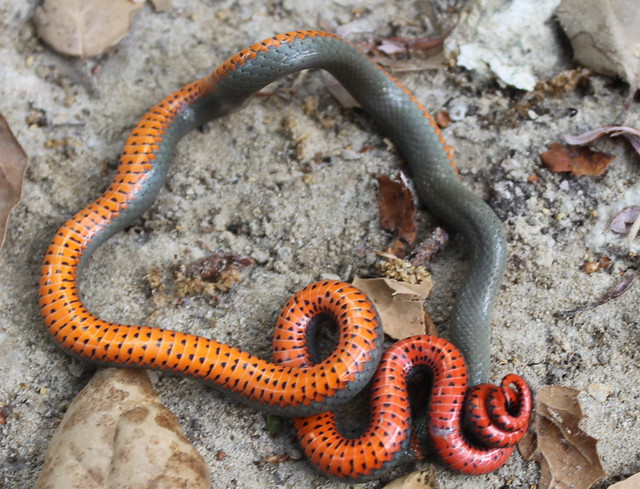 That sighting would have been enough to sustain me for the week, but there was much more to come. The next day my dad and I left LA for a weekend in Death Valley.

I had to wait for school to end before we could leave on Friday, so it got dark about an hour and a half out of the Park. I figured that if we were driving at night, I might as well look for snakes on the road. Turns out it was a good idea!

We found my LIFER Sidewinder! 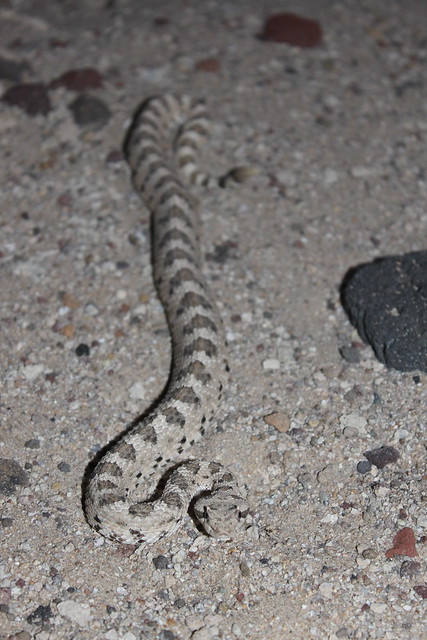 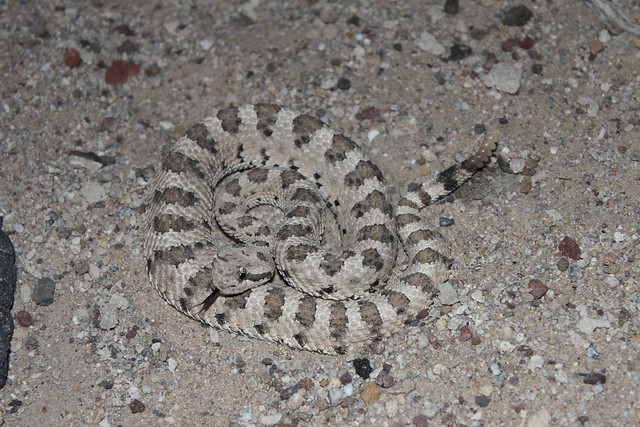 The next day we spent most of the time just roaming around the low altitudes enjoying the sights. It was HOT so we didn't see too many herps. We did see a number of these guys, though. 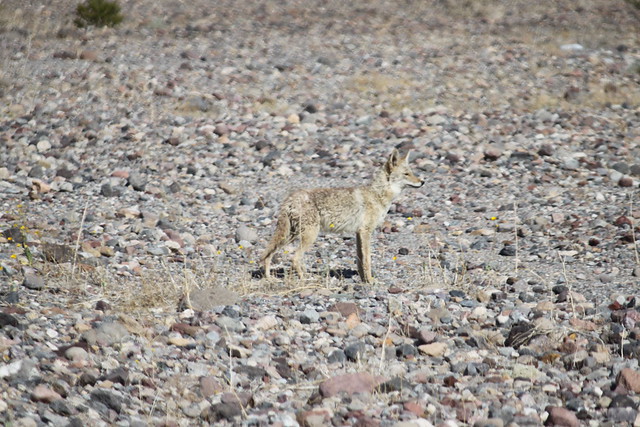 Sunday, though, was a different story. We rented a 4WD and went into some of the more remote areas of the park. This was mostly at higher altitude so it the temperatures were much more conducive for herps.

There was nothing in here, but there was more rodent sign than I had ever seen in my life. I could hardly breath 30 feet into the shaft. 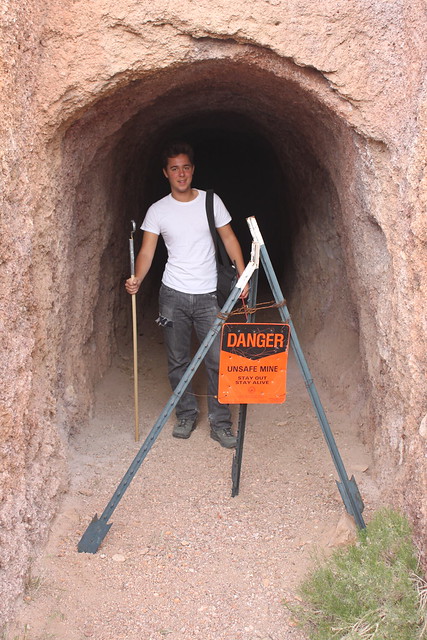 This next picture is of my lifer Chuckwalla. I soon found many more of them in the rocks surrounding the first find. 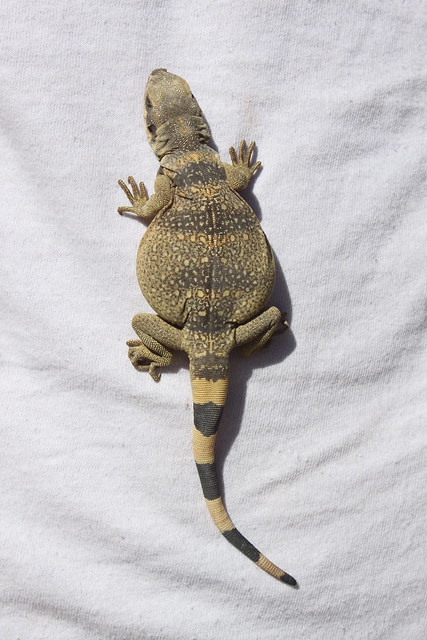 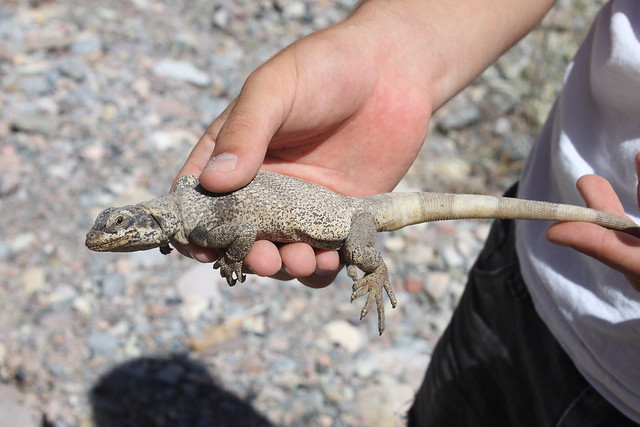 Mission Impossible: Attempting to extricate an adult Chuckwalla from a rockpile... (I was not successful). 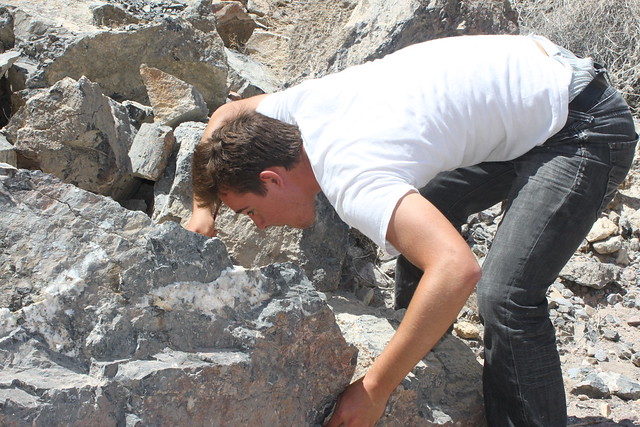 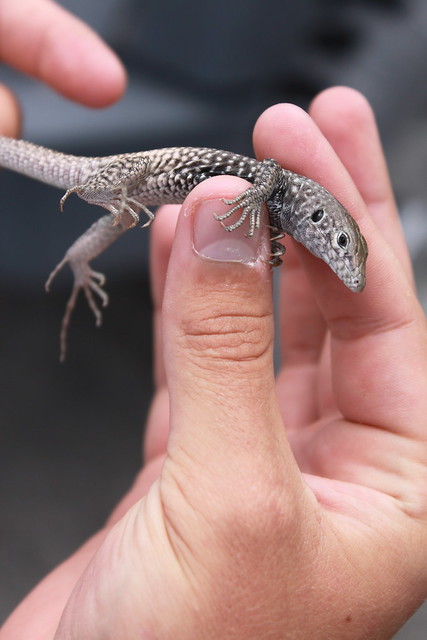 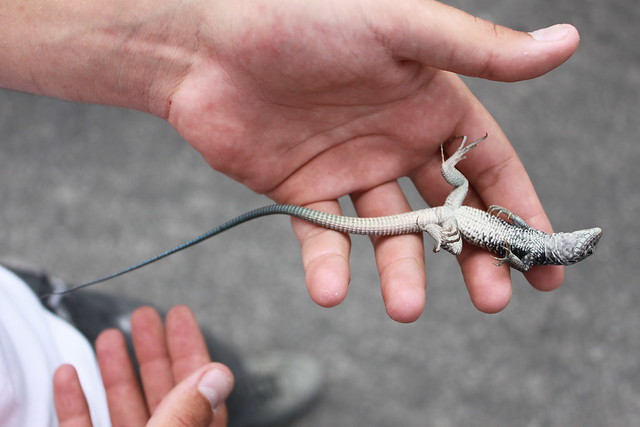 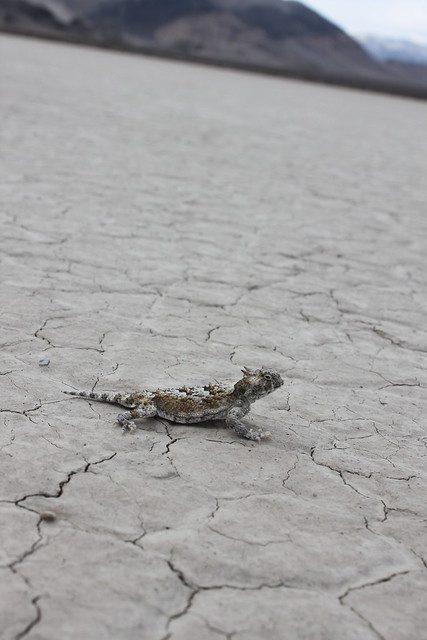 The last lifer of the trip was the most special for me. We were hiking in a rocky area in the park, and I saw this guy basking out in the open: 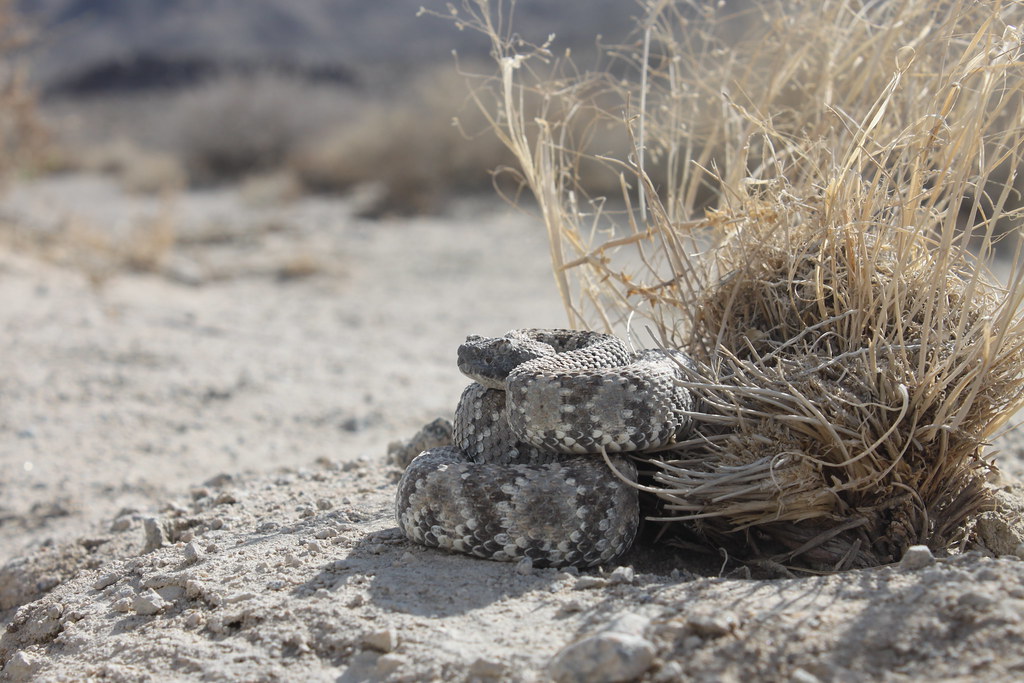 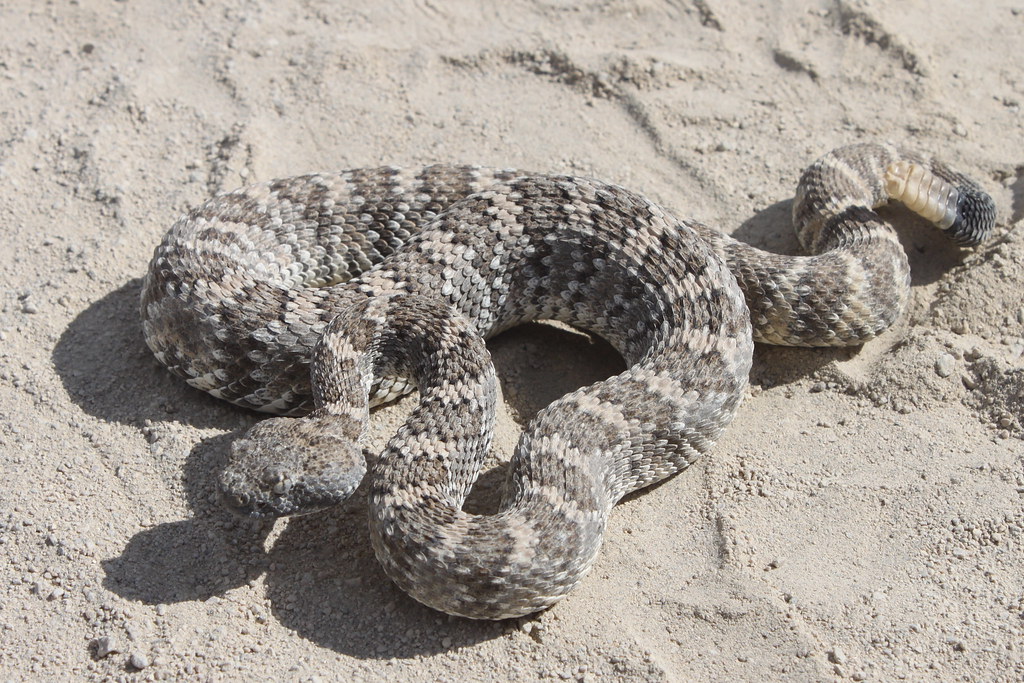 We drove back home - and on the way out got what was essentially the first non-lifer of the trip haha. 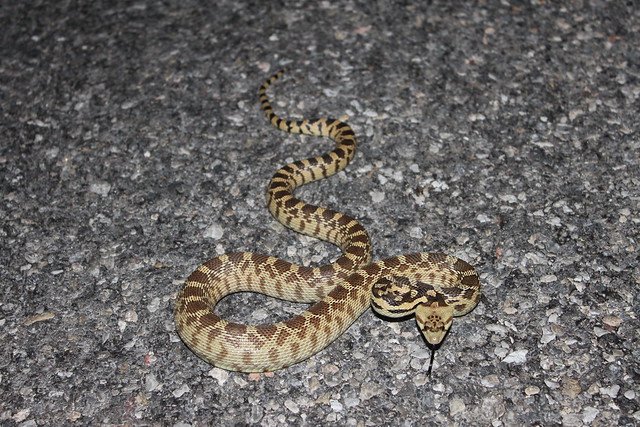 I still love those guys, and it was good to end a great trip with an old friend.

Thank you for bearing with my story, but I wanted to share everything with you guys. Because I am not as experienced, lots of things are lifers for me. I am steadily adding more to my list, and I am glad to be able to share what I find with you guys.
Top

That all sounds really cool, I'll have to check out death valley sometime.

Great news with the lifers, I'm still VERY new and almost everything I find is lifers, I love that. Extra congrats on the lifer at school, nothing like a snake to liven up a boring day!

What a week for you, Mark! Especially the ringneck was a lucky find, awesome. I also love the Panamint and even the GB gopher, which has very nice colors.

Thanks so much! The Panamint was truly my target species, but I thought that if I was lucky enough to see one in DV that I would cruise it, not day hike it!

I saw a DOR Red-Phase Panamint while coming into the park through the mountains, does anybody know what the demographics are like for the different color phases? Are reds more common, or the greyish ones?

I curious for the guys that have more experience with them.
Top

Very cool.......Glad you were able to spend some quality time with your dad, thats important.

that ringneck is a looker for sure! and i love the muted tones on that panamint! very pretty snake! i especially like the first shot of it.
josh
Top
Post Reply
7 posts • Page 1 of 1