I was hoping you all could share some of your photos of snakes or other herps eating roadkill. I know I have seen but do not have photos of garter snakes peeling toads out of the dirt.

Back in January I was herping in the Northern Territory one night when I came upon a Cane Toad feeding on what appeared to be another road killed toad.

I thought this was quite interesting and as I looked further up the road about 15 metres away I could see another Toad feedng on road kill. On approaching the Cane Toad I was shocked to see it was feeding on a dead Keelback Topidonophis mairii.

Nebraska radix trying to pull a stuck leopard frog off the road.

I've got some of pygmies eating various items (including a DOR Lubber grasshopper) but can't find them at present. I'll look another time.
Tim
Top

funny thing, I never saw this.....until finally a few weeks back I saw a ribbon gorging himself on frogs in the middle of the road...He was surely road pizza himself, out there on the center line and all...so I scooped him off into the ditch..One lousy pic...
:Mark
Top

I saw a Gila eating a mostly-flattened Kangaroo Rat years ago, but have no pic.

Biting off more than it can chew. Desert kingsnake trying to eat a DOR Mojave rattlesnake in SE Arizona a few years back. It did not succeed and eventually spit it back out. 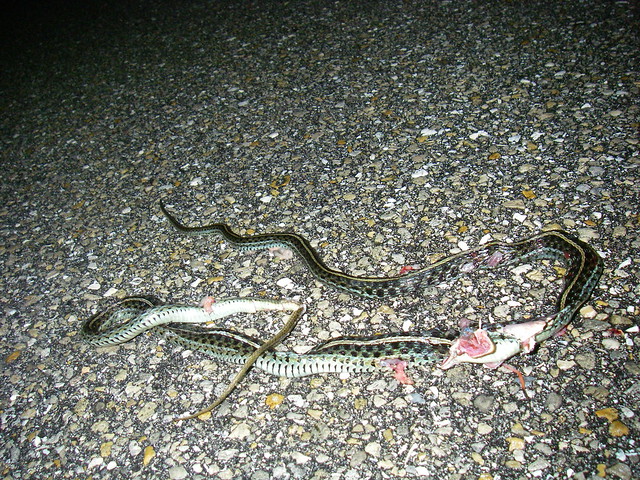 I have never photographed such an event, but I did think that was going on when I drove up on this... 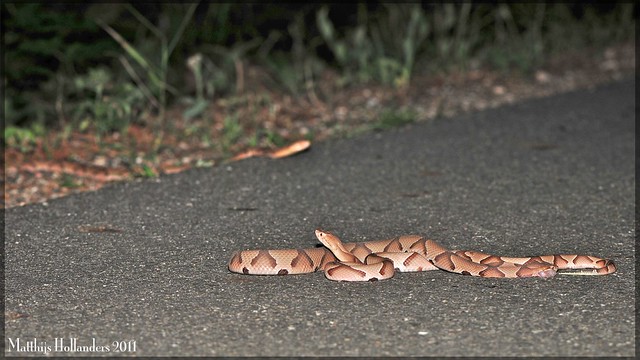 along the lines of Matthis' post . . . 2 male bullsnakes, 1 DOR female 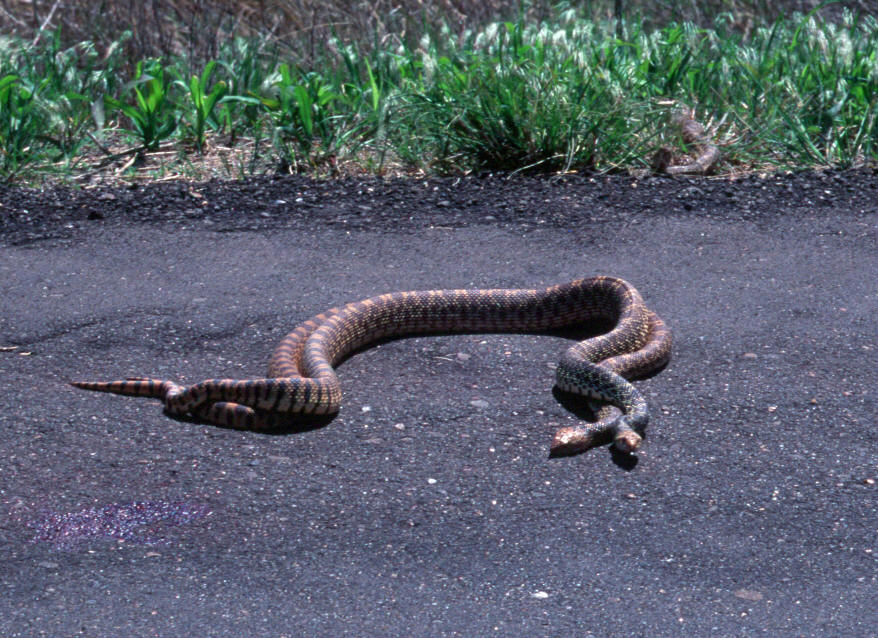 coachwhip grab a DOR pocket mouse
several atrox feeding on DOR kangaroo rats/pocket mice (although they could have been envenomated instead of run over)
gartersnakes attempting to eat DOR frogs . . . funny when the frog is actually stuck to pavement
box turtles feeding on DOR things - sometimes so dead that you can't tell what they were originally

alas, no photos of any of the above

In 1988 some friends of mine and I took a trip to Costa Rica. While making our way down to the Osa Peninsula we found a pretty ripe road killed tamandua. There were two or three hatchling green iguanas around it. We thought they were feeding on the flies (that were quite abundant) until we saw one of the iguanas take a bite out of the tamandua. Sadly no pictures...
Top 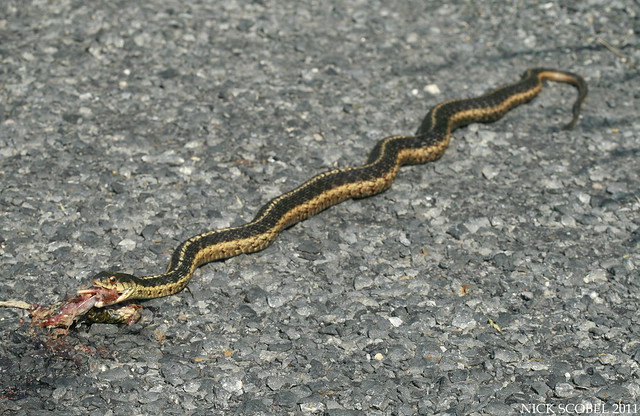 Gartersnakes do this a lot. Ive seen T. sirtalis eating dor Leopard Frogs and quite a few T. marcianus eating DOR amphibs.
In fact the persistance of some T. marcianus going after a flattened toad is quite remarkable. Somewhere I have an old slide of a Scarlet King that was obviously run over while halfway done with a DOR Smooth Earthsnake.
Top

One of my co-workers found this gopher snake trying to eat a roadkill rabbit yesterday:

I found this Florida box turtle eating splattered Florida chicken turtle. Unfortunately, he was very shy and didn't want to stick his neck out when I was around.

This isn't a roadkill eating shot, but it is interesting none the less. A male Florida water snake trying to mate with a DOR female: