A pair of my retics (they are 1.1 but I don't breed them).
The yellowhead is usually pretty nasty but was acting calmer today so I took him out to deal with some shed and see if he wanted to soak. He declined and went for the fence line instead 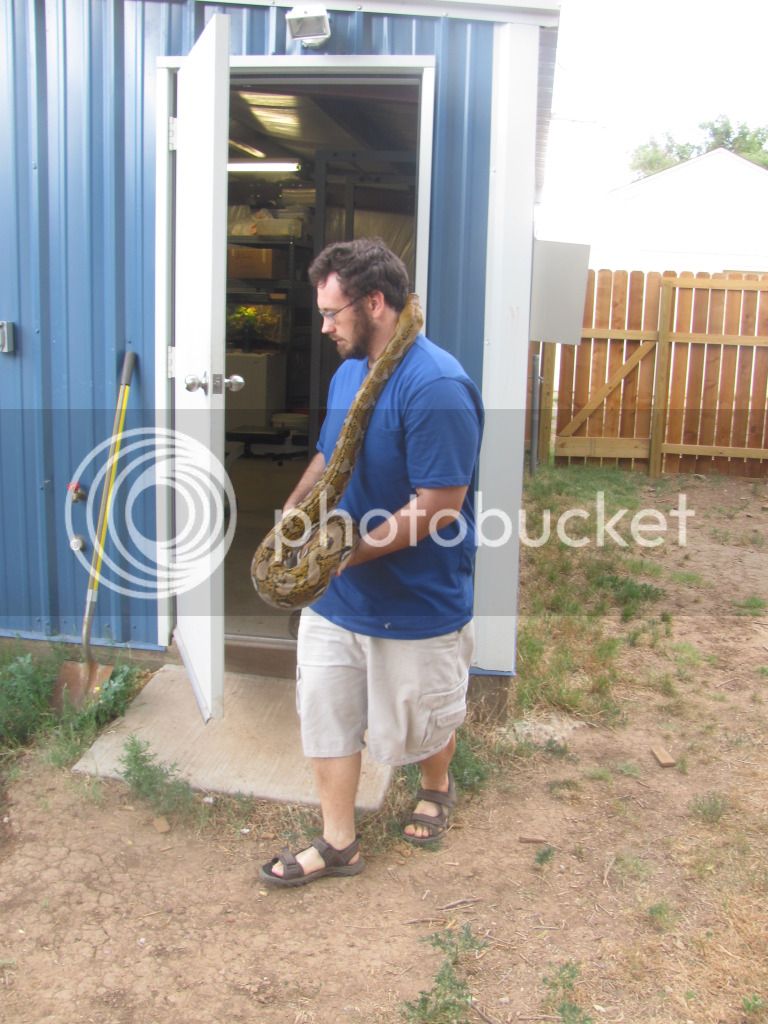 COME BACK! He went for the fence

deciding not to swim 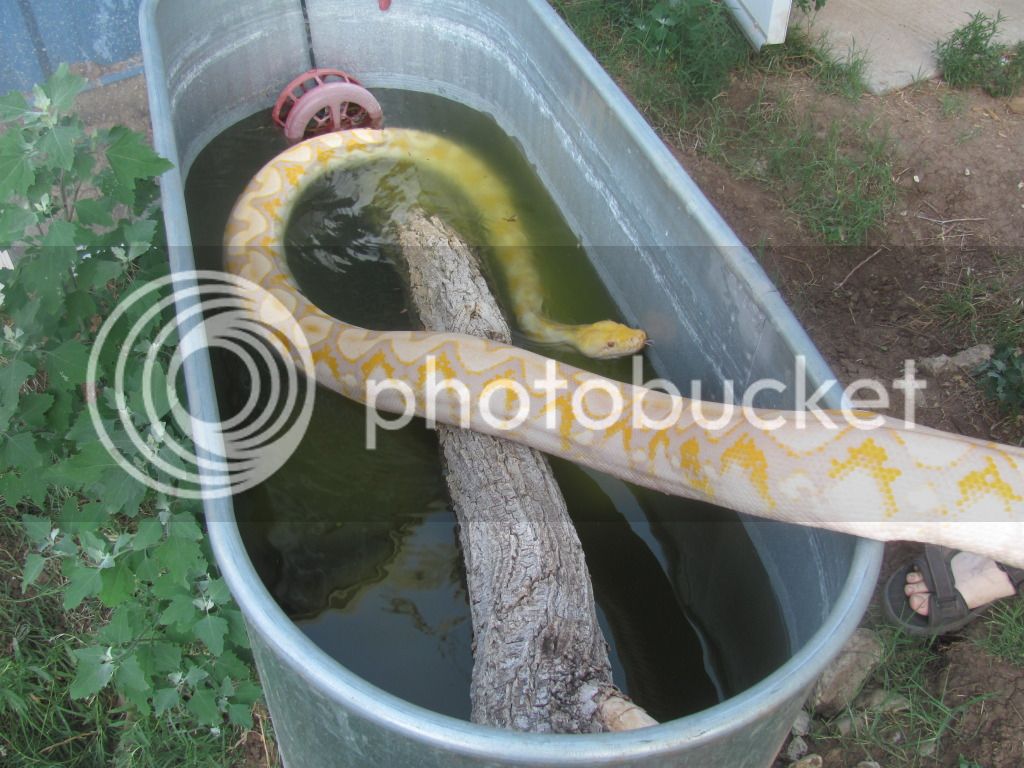 Great pics of you tending to your great serpents. They they are Spectacular

If you don't mind me asking what were your costs on that awesome outbuilding? I would love to be able to set something like that up.
Top

Not a big fan of albinos in general, but I really like the albino retic! Very stunning patterns!
Top

the building was about 14 grand. That includes the insanely overbuild concrete slab the city required, which was about 1/3 or 1/4th the cost. Then I had a crapton of electrical wiring--there's 3 distinct circuits for the cages, and the a/c unit is on it's own circuit. Each long wall was 3 outlets, each short wall has 1. It's insulated with house grade insulation. I got some help from the folks, but even with that, it totally broke my ass for the last year or two

very worth it though, it's been great. Has my squat rack and my snakes.

edit:
FWIW, my estimate on the male is 13-16'. Female is marginally smaller but about a year younger too. I hadn't realized how large he was until I got him out and handled him some. Usually I can't get away with it as cranky as he is, but that day he was relatively calm.
Top

Not a big fan of albinos in general, but I really like the albino retic! Very stunning patterns!

Exactly my thoughts. Not usually my cup of tea at all, but that thing...I mean, damn! It's unreal. Too bad they're so big (also not my cup of tea!). Anyone doing weird stuff like that with the insular "dwarfs"?

That male normal is a spectacular specimen ...always been one of my favorite snakes for looks hands-down. The female is just psycadelic! Love that snake barn too ...all JUST FANTASTIC!!!

btw, seems a snake that big could have its way with you ...is that not a concern?
Top

Wow, I thought the first one looked awesome, then the albino totally topped it - that's got to be one of the coolest-looking snakes I've ever seen.

Thanks for sharing the pics, and be careful with those big guys!

btw, seems a snake that big could have its way with you ...is that not a concern?

That's the other thing I was thinking! One of the reasons "huge" ain't my cup of tea...

Thanks for pointing that out.

I wouldn't handle one that size without a spotter.

A lot of people are working with dwarf and super-dwarf crosses. I'm kind of mixed. I like the size oddly enough (although even dwarf can mean 12'). ANd I like locales and well, you start mixing them up and it's hard to keep straight. But dear god 15' is a lot of snake and just too much for most people's taste.
edit: you can see my wife's calves in one of the few pictures I took