I'd like to see an invert forum (or at least, really scary spiders.)

We've got Fish and Birds...
Any thoughts?

but I love seeing good macro shots of insects (and spiders, even though I'm terribly arachnophobic), I'm all for it.

If we have inverts, we'll need a mammal forum

. I've got a couple of me-holding-armadillo shots laying around

I'm down for an invert forum. 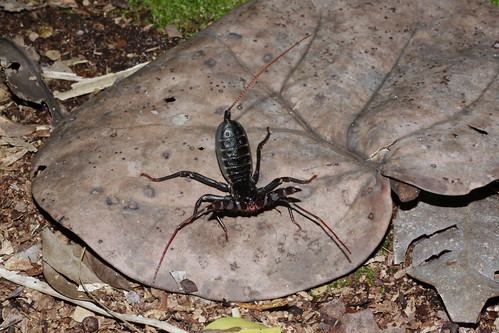 Lifer armadillo (or as I call them, kangaroo turtles)...
Top

To me, the herping experience is the whole package: the hunt, herps first, habitats. then all other interesting verts, interesting inverts, plants, geological formations, the “human factor”, etc, etc.

That said, I applaud the idea, Tim, but I think we’d best be served with a quarterly or semi-annual recurring theme like “what cool bugs did you see herping this year?” or “Did you see any neat mammals this quarter?
.
There is also a pretty good website for laypersons and ologists alike:
http://bugguide.net/node/view/15740.
.
Spider Wasp gets Fishing Spider food for the kids (Tachypompilus with Dolomedes)
.

Bill, I'm thinking more along the lines of all the cool stuff I stumble across that needs ID. (I would probably end up working that angle more than anything.)

I'm sure there are plenty of invert forums out there already....
Top

Joe Farah wrote:I'm sure there are plenty of invert forums out there already....

There are also other nut cases, but you remain one of my favorites.

I'd like to see an invert forum added to the mix. I very rarely visit the birding or fishing forums, but would definitely browse and occasionally post in a FHF invert forum.
Top


Is that REALLY a legitimate concern though, unless you're going to be snorting 'Dillo nasal discharge? Has anyone actually ever caught leprosy from one? Just curious. . .
Top

By the way, no Leprosy infections have been found in the more than 2,500 armadillos examined in Florida...not a problem here.

I guess if it means that invert pics (and wildflowers) are absent from field herping posts, then i'm all about it. It's bad enough having to look at all the amphibians.
Top

It's bad enough having to look at all the amphibians.

Careful, now, Joe…… The amphibs are watching you….. 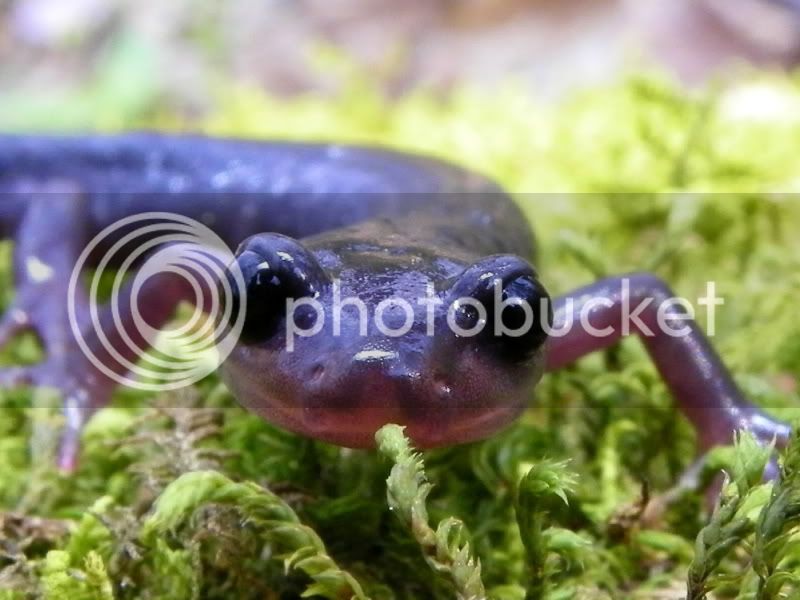 Hmmmm... time to start bringing salt packets out with me.
Top

But some bugs are cool

Herps are #1 in my book, but inverts (especially Hymenoptera) are a close 2nd.

And a little of my seldom seen artistic side....

And here I completely misinterpreted the intended subject of this thread

Invert forum would be cool in my book.
http://www.youtube.com/watch?v=VV-CCnOASyw
Top

Not a Lepidoptera forum, but invert is OK by me.

Little Calisoga looking for a fight:

Cool scorpion (Serradigitus?) from between some rock flakes:

And to keep it herp related... Toad Bug:

Thanks for saving this thread Robert.
Top

. I've got a couple of me-holding-armadillo shots laying around

I agree, 'cause don't you want to see what happens next?

Ok, Tim B,
You see what you started....
Ugly, scary spiders, scorpions, and snakes!!!! Eeeeeeewwww.
. 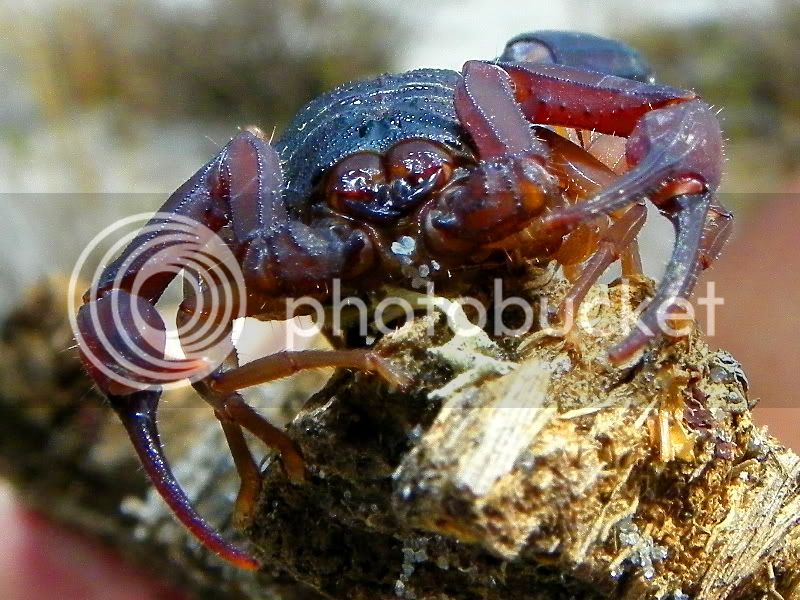 You're really buggin' me with this. Scariest of all, when periodic Cicadas attack:

it brings up a good topic, I know that some people would want to keep this site pure, and just herp related, but personally I think a one stop shopping thing would be good,
more people would stay on the forum if maybe there were some more subforums.
alot of members are "all" around naturalists.
bugs,flowers,mammals,rocks, and the posts show this.
so yes, I think a mammal subforum would be great. 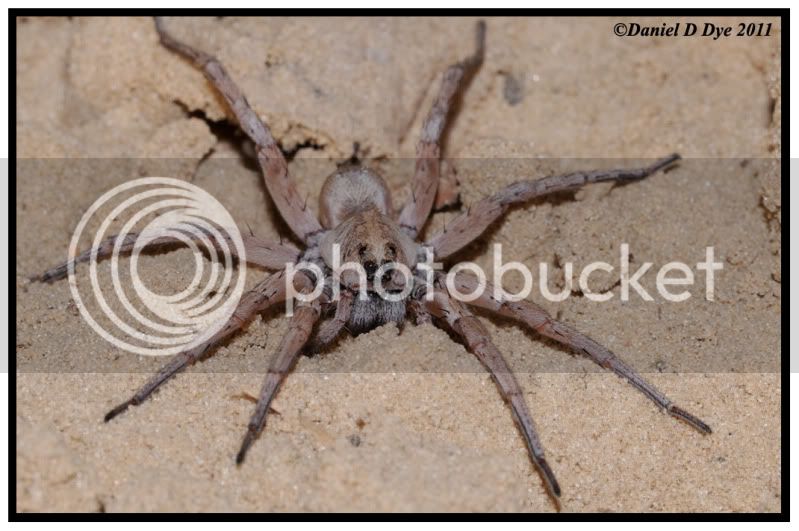 Jason B wrote:I'm down for an invert forum.


I remember catching an armadillo well into my cups one night around a campfire. We scrambled around trying to catch it and I finally had one by the tail after stumbling a lot. Proud of my capture I showed it off to hear "hey don't those things cause leprosy?" I immediately dropped it...

Bugs are cool I spend the dogs days of summer hunting Odonata, and Spiders, and Leps. 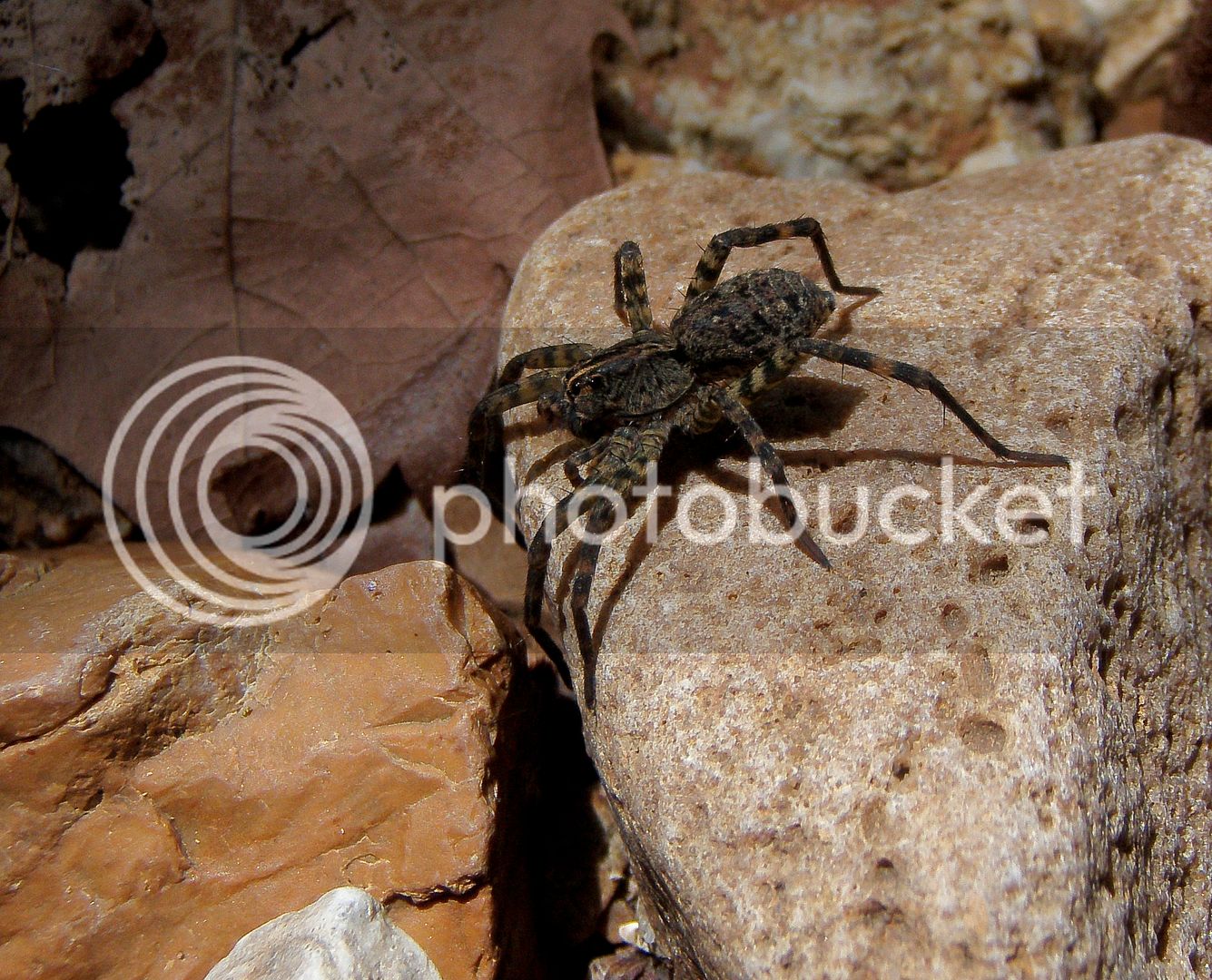 And something to fuel your nightmares...

I forgot to add the arachnids!

These things were all over Arkansas!!

hey. Some of the inverts squick me out so I' d love it if they were segregated (wasp...centipedes...shudder)
Top

Yes. One invert and one invert forum, please. Can you get those back to me by Monday?

I don't surf around on to many other forums, so I'd be all for another sub-forum. I like this thread already. Plus a lot of the critters would be found while herping.

I don't have any flutterbye photos so this will have to do. Sorry Paul.
Brazilian Black & White, Nhando Chromatus

Haven't been able to herp that spot for 2 yrs now...cause of them...

Helli, how do you know they're Africanized? I've been told we have some hybridized down here and have seen a couple colonies that were (IMO) overly testy, but don't know what to look for beyond that. Any tips on what to ignore and what to avoid?
Thanks
Top

Helli, how do you know they're Africanized? I've been told we have some hybridized down here and have seen a couple colonies that were (IMO) overly testy, but don't know what to look for beyond that. Any tips on what to ignore and what to avoid?
Thanks

You know they're africanized when they're still stinging your dead carcass three days later.

I'd leave em' all alone - they're all over the cane fields in the prairie.
Top 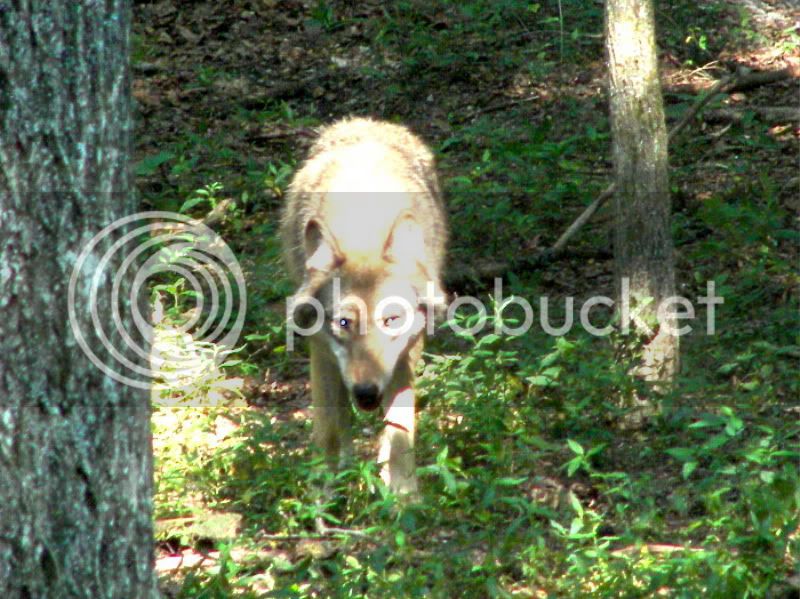 haha, hellihooks likes butterflies,
can we do a flower forum when this is all done too. I like flowers

oh, i'm fine with spiders (well I hate flipping black widows but that's a safety thing). It's mostly things that A: Have the ability to fly as well as B: sting me repeatedly.
Centipedes...it's just a few too many surprises flipping

but + 1 for mammals and flowers! I see lots of neat flowers out herping in the spring/early summer.
Top

Tim Borski wrote: Helli, how do you know they're Africanized? I've been told we have some hybridized down here and have seen a couple colonies that were (IMO) overly testy, but don't know what to look for beyond that. Any tips on what to ignore and what to avoid?
Thanks

Mostly a guess, I guess. We've had what the county declared 'killer bee' hives here in Hesperia before... pretty rare though. The house I'm currently working on, for instance, has a hive in the eaves right by the front door... very mellow... we sit and eat lunch not 10 feet away.. no problem.
These guys however, start swarming out of the hive bout as soon as you pull up in a car... and I don't stick around when bees get obviously agitated..

But it's cool... they are out in the boonies, at an abandoned building, far from other properties. And they keep the boards there from getting flipped... so now that I know when it's safe to approach...

Yes Millside...I do. Had a huge bug collection when I was a kid.... even a tarantula hawk/tarantula mounted in combat...which was a very cool behavior to witness. this was back in the day when you could take classes like entomology in high school...

What self respecting field herper takes pics of bugs? Seriously? Well, here are a few of mine:

I saw the above armadillo down in Texas a few months back. I was scared to pick it up, which is curious since i had just dragged a juvie gator out of a lake with my hands... So yeah, i'm more comfortable picking up an alligator than an armadillo. 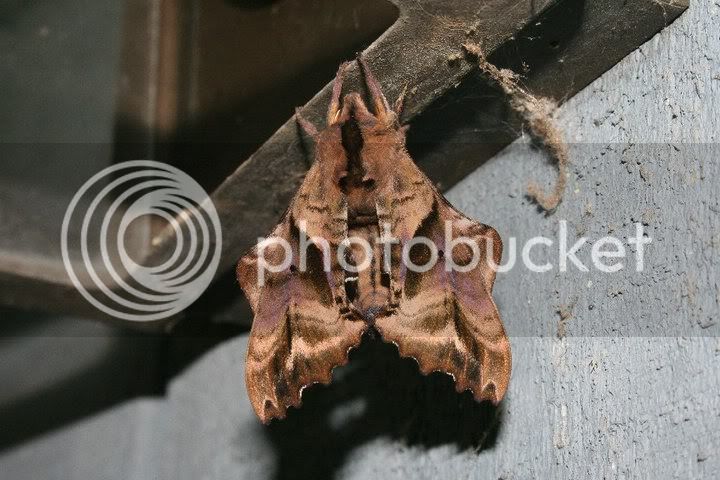 Some of my stick insects.

How about a general "other cool crap you find while herping" forum....? I dig the idea...
Top

What is this dude doing?

I was photo'ing these guys

And this guy jumped out at them. I didn't even realize he was in ambush!

Inverts? My time to shine:

Mike: That stick insect looks like a grasshopper to me.

I am a big invert fan-but I think a "other random critters" forum would be the best bet for them and mammals. fish/birds get a free pass as they are so closely related. After all lizards in their colorful glory strutting their stuff are like little land fish. So perhaps birds are a bit of flying lizards.

I do like inverts though. If anyone stumbles on vinegaroons they are more than welcome to send them my way

Marisa: You are probably braver than most of the guys on this forum holding that centipede's head like that! Those are one of the few bugs that I feel uneasy handling. Their spazzy way of moving and thee fact that both ends can bite always makes them fun to deal with(but they are also frustrating as it is all to easy to maim them through rough handling!)
Top