The last four months have been fantastic for me for otters, with 30 otters in a wide variety of situations. Otters are just cool, and getting to observe them in the wild has been a treat.

The first one was on an ocean island in Vancouver. I walked up on a stream and got lucky enough to see this young river otter chowing away on a crawfish. I was really excited to get my first close look at an otter.

Just a couple weeks later, I got to see two adult otters playing in the water in a lake in Vancouver. 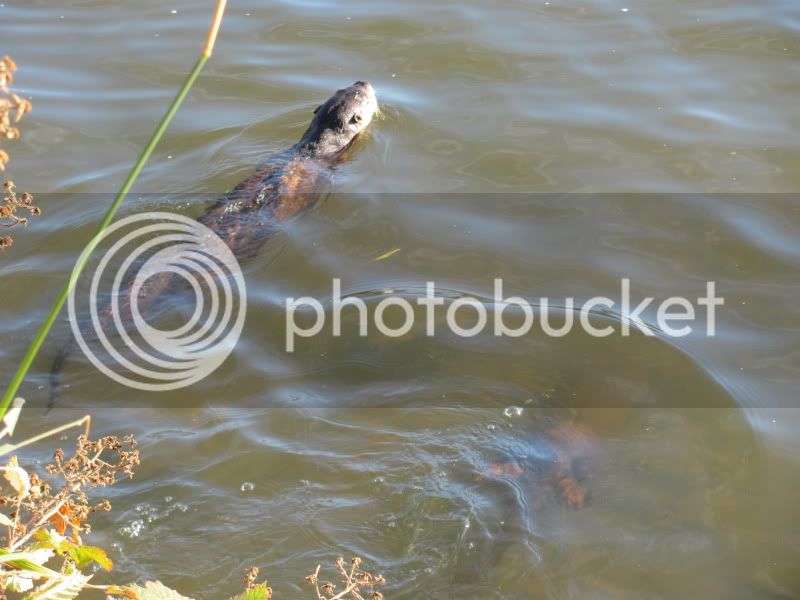 When I went back down to Oregon, where I hadn't seen an otter in forever, I saw three in one day on the same river.

Then I went down south and the species switched. I had seen sea otters in Monterey when I was a kid, but it had been a long time, so when I saw one off in the distance in the Bay I got excited. 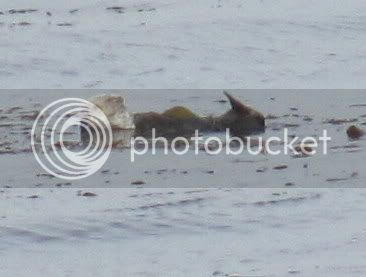 I was glad just to get one, so it was kinda shocking when I looked out at the water in a different area a week later and saw TWENTY-THREE! I didn't have a clue that sea otters did this!

A few minutes later, some of them started crawling up on to shore. Sea otters on land! And they're close! And they're HUGE! 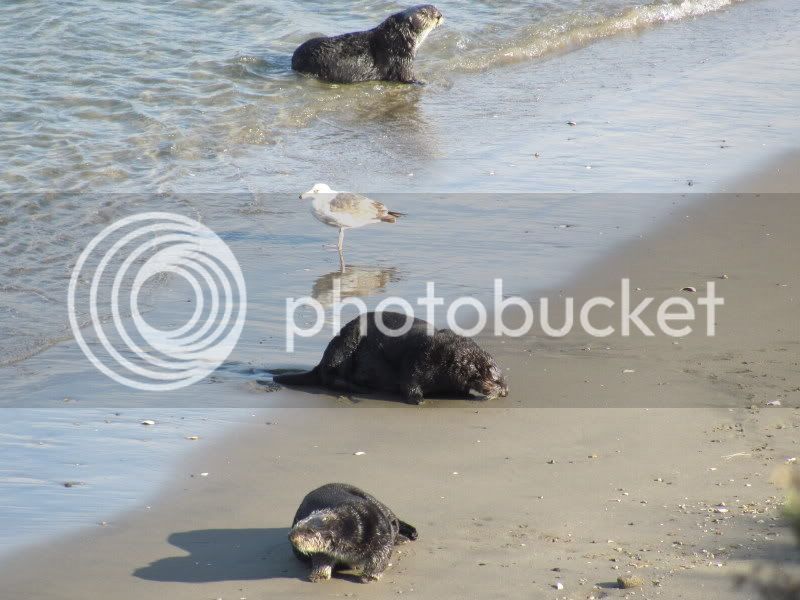 Otters are really cool, and it's been awesome to see so many recently.
Top

Seeing those sea otters from the southern population/ clade on land is interesting...older literature will often say word to the effect "the northerly populations in Alaska often haul out on land, the southern does not" There was/is a controversy over whether or not the southern population is a different subspecies, and this haul out behavior vs. non-haul out behavior and diet selection was often tendered as an argument that the behavior was indicative of splitting them. Back in the 60's and 70's, a sea otter on land in California was often regarded as an at risk/sick animal, not regarded as "normal" behavior. As you know, sea otters in California have long been a listed species and all the politics that entails. They are seemingly more abundant and doing better up North in Alaska/Canadian waters, and the splitting of the populations in two different subspecies was as much politically motivated as taxonomic. Cool photos BTW, and you may be amazed how close you can get to otters when you are on a kayak or diving. Some in the Monterey area are "habituated" to divers, and they will come and play with your SCUBA bubbles etc. Since you enjoy otters, watch for the "fresh water" species to be in salt water, a common occurence in Northern California near stream/estuaries. I think they enjoy salt water crabs, maybe abalone, now and then...Vic
Top

That is a nice assortment of otters. Was the large group of Sea Otters at the north end of Monterey Bay. I think I've seen that behavior there before.

A couple of otter enthusiasts spent a year traveling the world looking for wildlife and adventure. They found 11 of 13 species of otter, their blog is here:

They also have a separate otter page at:

Wow, I don't think I've ever seen a picture of a Sea Otter on land.

Interesting point about fresh water otter species living in salt water. Here in the UK our species (Lutra lutra) is only found in rivers and lakes in the majority of the country (and they are very elusive). However, in parts of Scotland they are very common along the coast where they are much easier to see at all times of the day.
Top
Post Reply
7 posts • Page 1 of 1