So I have seen plenty of Striped Skunks (Mephitis mephitis) in the past but earlier today I finally managed to photograph one. I was a bit surprised to learn that there are 13 subspecies of Mephitis mephitis, this led to me trying to figure out how the subspecies were defined, seems like size and weight are the big factors. I can find lists of the subspecies fairly easily, even wikipedia has one:

The problem is; I found a few of those subspecies and their ranges but I haven't been able to figure out which one(s) we have in Wisconsin. Can anyone give me some hints as to this?

And since im making this post heres a photo of the skunk from today.
http://www.flickr.com/photos/[email protected]/13371131263/ 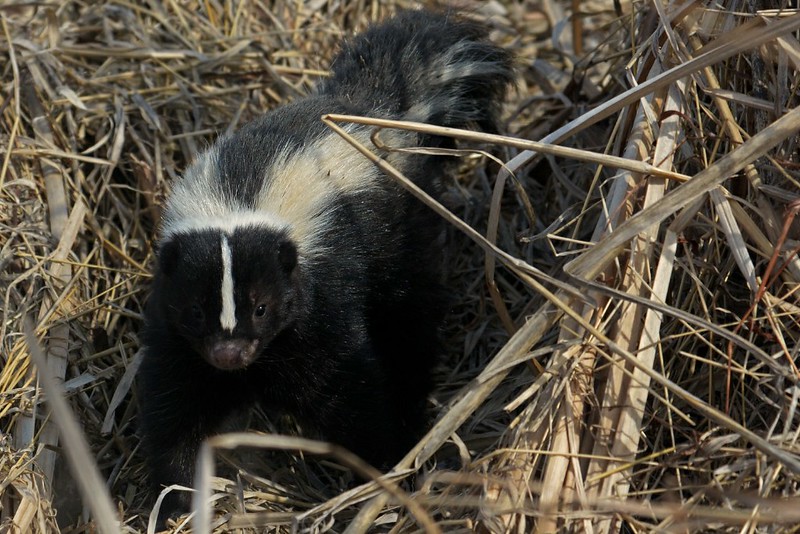 "Mammals of the Eastern United States" by Whitaker and Hamilton, originally written 1943 and updated in 1979. Our copy at work is copyrighted 1998 (basically what I am getting at is my info may be outdated). This book has subspecies delineations and it says that in Wisconsin (that is where you are right?) you would have M.m. hudsonica over most of the state, but through Illinois north to about 30 miles into your state it would be M.m. avia.

Subspecies info is hard to find for anything other than herps - unless the subspecies are very unique or hunters and fishermen care.
Top

Andy, thanks alot for your help! This would indeed be M.m. hudsonica then as it was found in the central part of the state.


Subspecies info is hard to find for anything other than herps - unless the subspecies are very unique or hunters and fishermen care.

Yeah I was surprised by how little info I was able to find, I have not encountered too many difficulties while doing the same for herps, I would have expected the mammal stuff to be easier to find than herp info.
Top
Post Reply
3 posts • Page 1 of 1