We have caught 2 scorpions in our house (along with a Camel Spider) within the last month. Very small, about 1.5" - 2" total, including length of tail. Hard to judge since it won't just lay it's tail flat for me. We live in inland Ventura County.

Anyhow, here's a snap. Can anyone help ID it please? Leaning towards an Arizona Bark Scorpion, stickly based on the image and what I can find on the 'net. I really don't know, howeever, so any help would be appreciated.

If you don't have luck on here, try this site: http://www.bugguide.net/node/view/15740
Top

Good site - I posted the pic and asked there also. Thanks for the link!
Top

Absolutely not a bark, however I do not know the California scorpions well enough to tell you what it is.
Top

It's some kind of Vaejovid. My first thought was a Sawfinger, Serradigitus, but they're pretty tiny... about an inch: 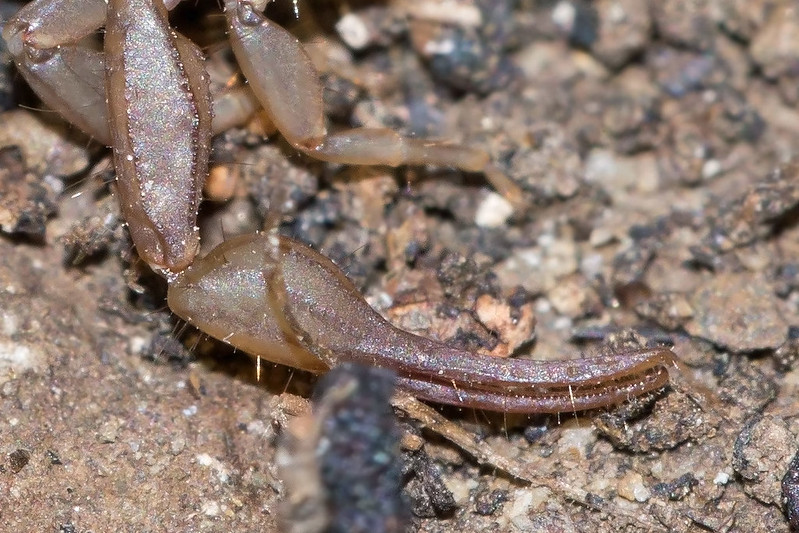 This morning this guy came waltzing right into our garage as we opened it like he'd been waiting there after an invitation.

So far this summer, we've only had one snake that we have been able to photo (in the Ca. forum), but we've had a lot of creepy crawly's in our house that are making them easy to find!
Top
Post Reply
6 posts • Page 1 of 1