During the NAFHA Alabama trip, we managed to find a few scorpions.....sorry, I'm not familiar with the species. 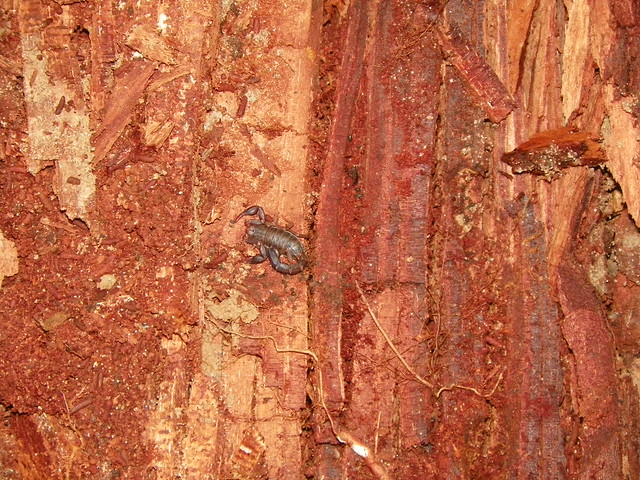 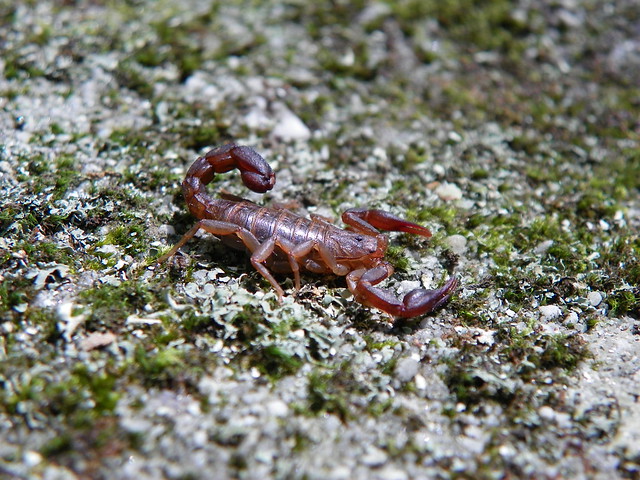 When Bill and I caught up to the group, they'd found this one
Top

I believe it's a Southern Unstriped Scorpion, Vaejovis carolinianus.

I like that common name much more than the one I know - Southern Devil Scorpion. I found some last weekend here in KY and they were far from devilish.
Top

You may be thinking of it's relative the Devil's Striped Tail? They are in fact the meanest scorpions I've kept, ever. Females in spacious enclosures would always kill the males, whether or not they bred. They are not a communal species by any means.

Justin, I don't think we have striped devil scorpions here, but maybe that's how the other common name for V. carolinianus came about. They were extremely abundant on the sandstone glade I was exploring, but I don't recall seeing more than one under one piece of cover. Perhaps they are cannibals too. Here's a specimen: 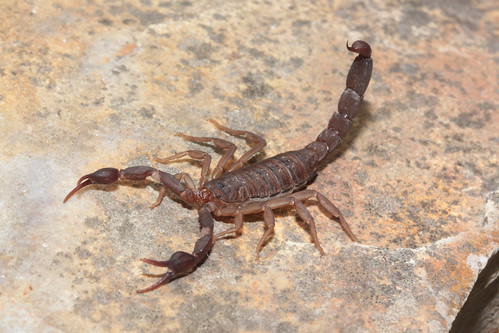